A route I have covered before, once on a holiday - it was time again with a day off and nothing to do.  I reviewed my own blog and also the always handy Google Maps to create a list of places to go and root around in. 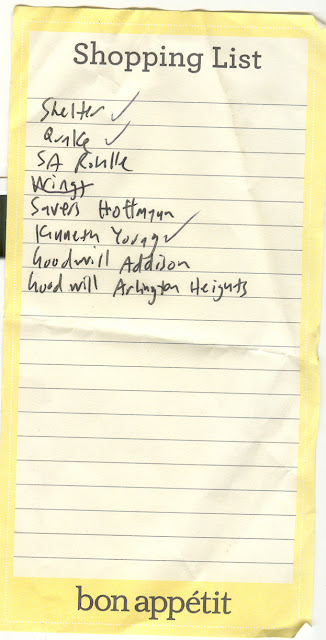 First up was the Shelter - I have always had good luck here with jazz records, promos and beyond.  However I was disappointed to see that they ditched their record bin and are now using a shelf.  Worse yet, the collection had diminished to true junk - nothing of interest.  I searched for Pyrex to complete my second set of nesting bowls, I did find a 401 but it was the wrong pattern and I need 402 and 403 anyway. 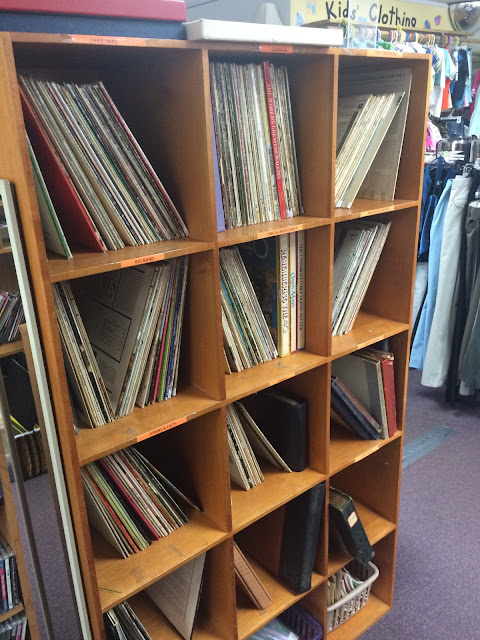 We ducked around the corner to Quake to find the familliar selection of wildly overpriced records.  Besides the new sealed reissue vinyl the place is riddled with, there were a variety of common $1-3 records labeled for $10 or more.  I considered paying the $8 for a Sting record then got a hold of myself and determined I could get it for almost nothing elsewhere.  I do not know where this guy gets his prices from, or just figures his customers are dumb enough to be gouged like that.  No thanks.


Next up with Kenneth Young Resale.  They have a magazine style rack which was loaded with perhaps Frank Sinatra's entire discography.  There are worse records but these surely do not interest me.  The only thing of marginal interest was the country platter depicted below.

Much more interesting however was the wildness that took place during our visit.  Back last fall when I was had been in the store, we witnessed a literally crazed customer getting loud with one of the cashiers.  I wasn't fond of that display of rudeness but attributed to (serious) mental illness.  This time around, we got to see someone lose their marbles over having one of their scores 'stolen' by another customer.  The cashier told them it was 'fair game' as it was left on the counter (I whole heartedly agree) but she would hear none of it.  Some of the better quotables:

"She stole my junk! That BITCH!"
"This store is racist....most racist store in Illinois.....they are down with the KKK!"
"She stole my SHIT!" 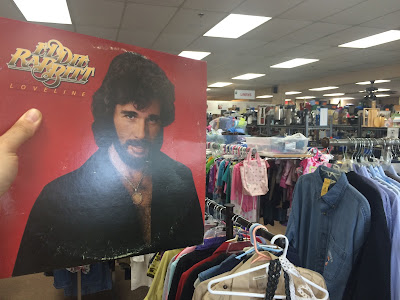 Next up we stopped to get a bubble tea then decided if we should head to Goodwill Addison or Arlington Heights - never been to either.  Instead, we headed over to Savers Hoffman Estates.  This place was loaded with scores the last time around and this visit was no different.  First off I found a red 402 Pyrex before I even got to the record rack.  I need this desperately in the 'multi color' (red) pattern but it was super beat up so I left it behind.  Funny as I recently found two totally wrecked 401s at an SA - keep your Pyrex out of the dishwasher people! But I came away with an array of excellent condition Phase 4 records - I got hooked on Frank Chacksfield long ago at a garage sale and I ironically just ordered one on discogs.  Well here I got not one but two additional which makes four.  There were many other Phase 4 records and I even grabbed a cool promo sampler - however there was a different vinyl inside the jacket! Of course I always check for warp/scratches/mismatches before I buy anything...this one slipped by because it was actually ANOTHER Phase 4 promo sampler! Too weird! Best of all is that the vinyl I actually got is far better in terms of song selection than the jacket it was in.  Still, I am very bothered by the fact that the other one is there, with the other jacket....I want to go back and raid it one more time.  If it is there and I missed it I'll have to give myself 20 lashes or something for being so remiss.

I also grabbed a really cool UK only release (with a price tag in pounds!) on the cover, another Jose Feliciano album and a much cleaner copy of a CW album I already have (which I bought on ebay close to 10 years ago probably).  Better yet - it turns out to be a previously undiscovered center label variation AND it has a very odd sticker on the back I did not notice until after a week later.  I was going to pull the old copy out of my shelf and either sell it or otherwise get rid of it when I saw it.  Looks like while this is not an import version, it made a mighty long trip from a record store in Goor, Netherlands! The shrink wrap was carefully opened by a record nerd over 30 years ago and is still tight as a drum! 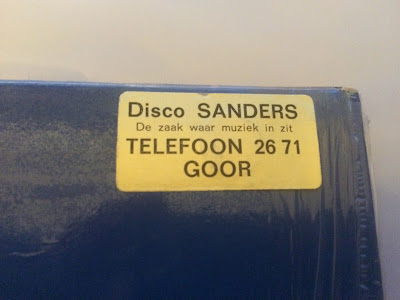 My girlfriend got my fave Brasil 66 album (favorite based on cover art, though the album is great too) with a cool promotional sticker on the cover - I'm still jealous.  Last night I sat on her basement floor and listened to both sides in the nude, while drinking a freezing cold Pilsner Urquell from a frosted mug.  It was a spiritual experience.

We closed things out with a stop at Salvation Army Roselle.  This place was notorious for having a multitude of records stored in the worst way possible and nearly innavigable.  It was shocking to find that there were NONE in the store! I asked one cashier who pointed me to the back (where I had already looked).  When I asked another worker they said someone had come in and 'bought all the records'.  I don't know about that but I do know there were none in the house.  We even wandered around in the back room, hunting high and low.  Maybe they went in here? I'd have gone inside to check, but apparently it is against the rules.  Oh well - a nice day of thrifting none the less! 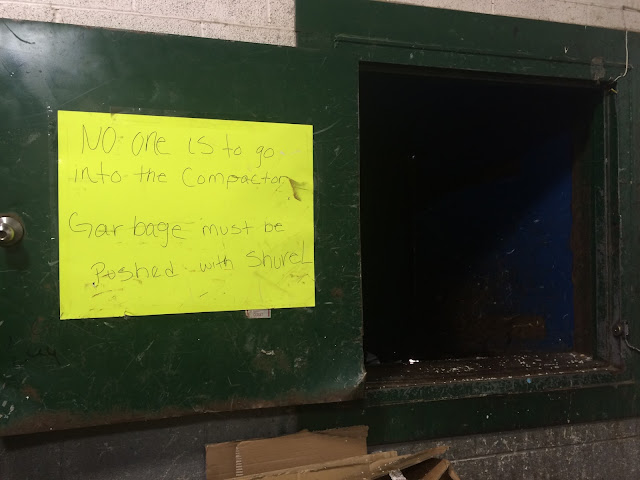