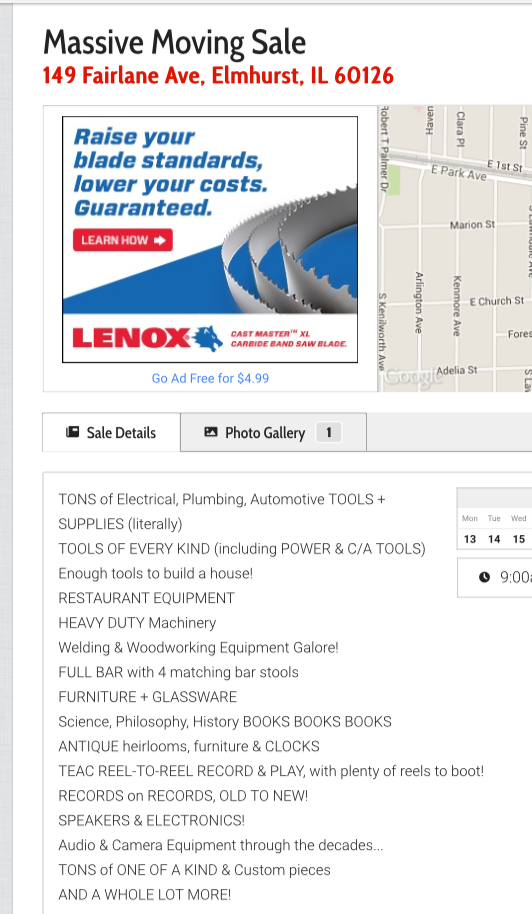 There is truly nothing better than an impromptu garage sale on a Sunday morning, and one so close you can ride your bike there.  The weather was perfect and I did not even have a hangover as I was so tired the night before I only made it through about three beers.  I did make it through probably two pounds of homemade nachos though and I slept in a near comatose state.  So after a couple cups of coffee, we decided to head out even without breakfast.  It was only a couple miles and we were rewarded greatly not just by our finds, but by the experience.

After kicking out the stands on our bikes in the driveway (behind a dilipadated but intact - and also for sale) Jaguar we headed towards the garage.  I knew the records were not out there and I then saw a sign inviting us into the home itself. 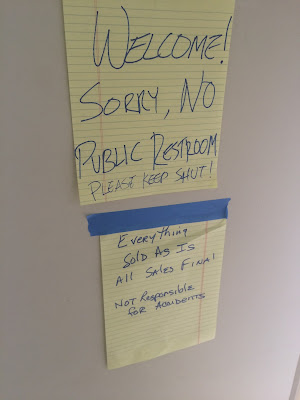 As soon as I walked in my eyes caught sight of a Crate half stack, a smaller Marshall combo and a couple guitars on the floor, all for sale.  But the records I had come for were actually behind me, nestled inside of an old but clean (and very large) entertainment center. 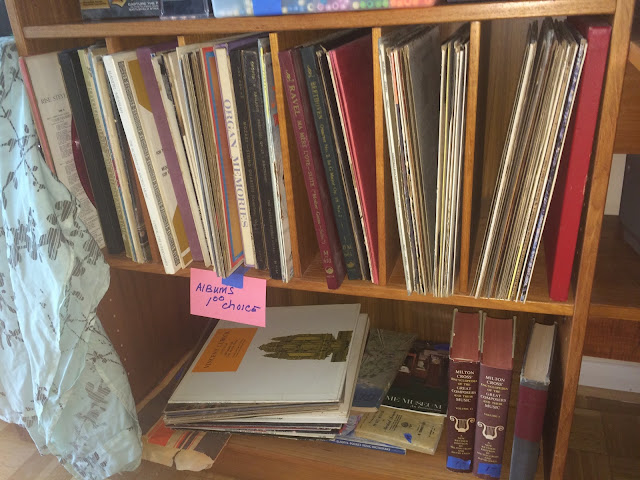 It was totally out of place and made no sense, but amongst the ancient classical music boxsets was a jazz fusion record I was more than glad to get my hands on.  I tend to feel like McLaughlin's group (and that's really all it is after the first album, which I've had for ages) doesn't have much to offer me as their discography goes on.  This album sort of backs that up, having now given it a good listening to but it is still chaotic and wild enough to warrant being owned, especially for a buck.  Someone really like jazz violin as I saw a solo release from the groups replacement on that instrument in there also.  Besides those two, my girl found one which was right up her alley so she was satisfied.

We toyed around with some of the other stuff for sale while a woman sat on a stool and monitored us (fair enough, we were hanging out in her living room) and presumably her daughter was frying some eggs in the kitchen.  A grand piano lurked in the background ominously along with a giant library of books on microbiology.  Back outside in the garage where we paid a young man evidence of someone who owned a Chinese restaurant were abound.  We squared up with the cashier and headed out, vinyl in tow on the vintage basket (on vintage bike) of my girlfriend's bike.  Which was of course, expertly reconditioned, by me. 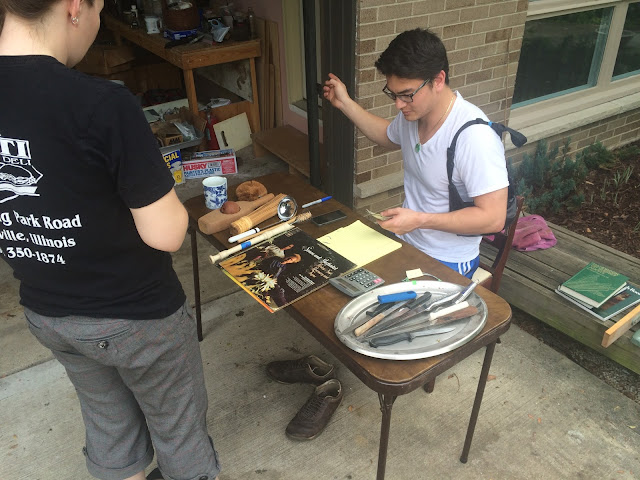 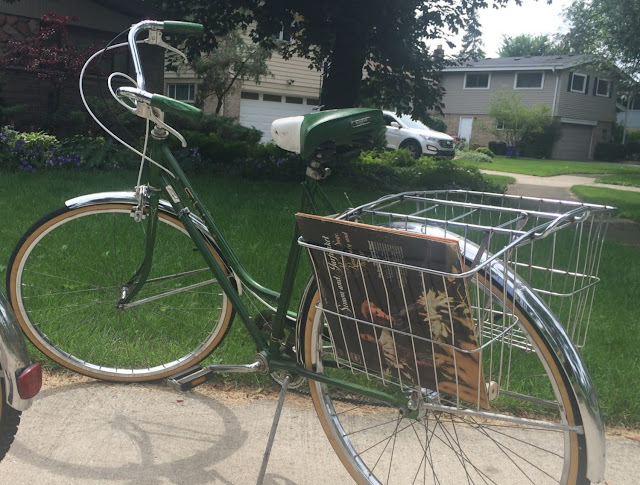