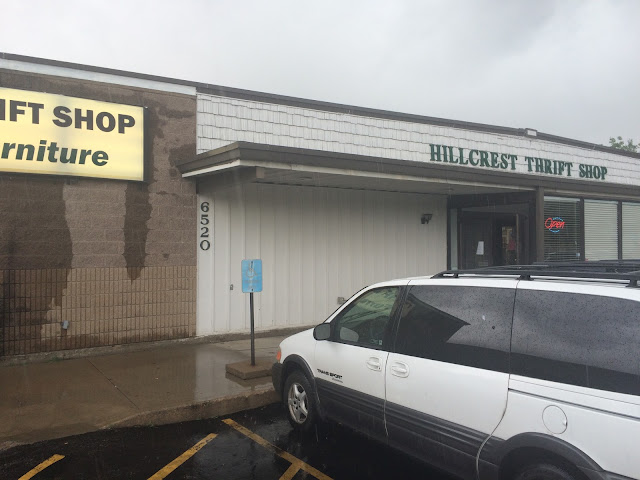 Found myself on an overnight in Kansas City after a visit to nearby Lenexa.  After being deposited at my hotel, I hailed an Uber and had him truck me over to Hillcrest.  I had called previously to inquire about records, they said they did indeed have them and that they would be 'downstairs'.  Indeed they were correct. 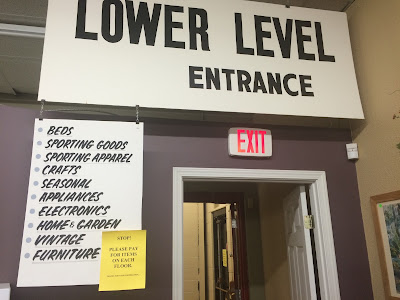 Perhaps records are covered by the 'vintage' umbrella as seen on the table of contents displayed on the wall.  I made my way down there as precious time ticked off the clock - I was cutting it really close to get my work completed before they threw me out.

I located the bins as seen below but I was shortsided due to my obsession with the time...after finding absolutely nothing of value or interest in the bin on the left I actually got up to walk away when I noticed there was another tote just 2' away.  Unfortunately it too yielded nothing as interesting as the laid back sounds enjoyed by Parrotheads the world over.  Even sadder, I couldn't care less about that vinyl either.  Though it might have been fun to torture someone with 'Fins' ad naseum at high volumes. 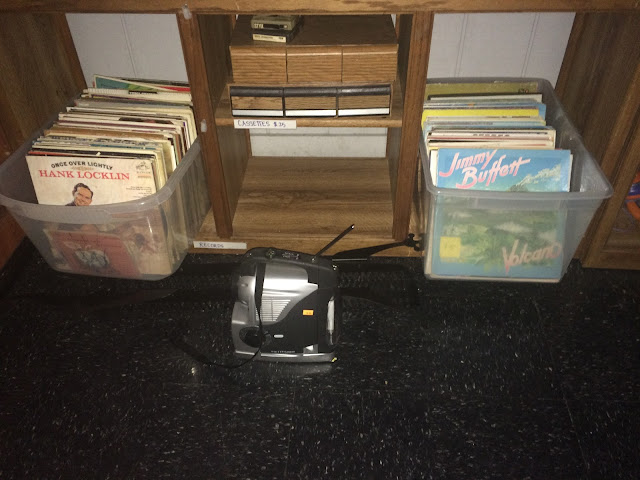 They literally shut the lights off as I was still checking the last bin and they were still due to be open another 5-10 minutes.  I made my way back upstairs and got outside where a dramatic downpour had begun.  With no vehicle and far from my hotel, all I could do was wait it out.  Worse yet, my phone's battery was running dangerously low as I bolted from my hotel in a hurry to get into this dump, then depleted it further with the pics you see here.  Eventually the rain slowed enough to run out of there and over to an Asian restaurant where I devoured some green Thai curry and grabbed a pad Thai to go.  Then across the street to Hy-Vee I grabbed the obligatory local Boulevard brews (4 pack of Tank 7) before I called another Uber to take me back.  You can guess the rest: drank the beers, watched the Hawks win Cup #3 as I sat wracked with nervousness, then ate the noodles and hit the rack.  No records but a fun day and another exploration in a foreign land. 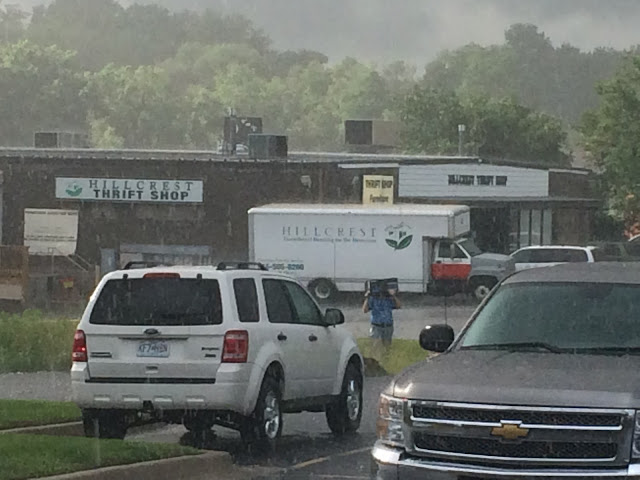 Email ThisBlogThis!Share to TwitterShare to FacebookShare to Pinterest
Labels: missouri, out of state, thrift store