With only gsalr.com to guide me, I embarked from my girlfriend's house on a Saturday morn in search of vinyl.  I started out by going a bit out of my way to get to the Prarie Path bike trail which I took a few miles west to Villa Park.  I got off at Villa Ave and took that further south to the first of what would become a number of stops on this very long journey. 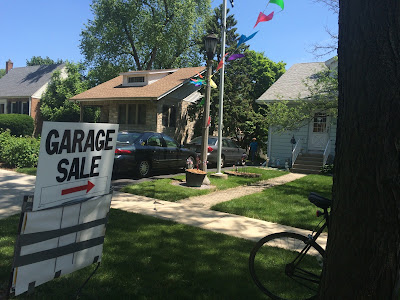 I found a scant two boxes filled with vinyl....quickly, I located what I can only presume is near first pressing (based on the age of the rest of the records) of a late 60s psyche jam...but alas the sleeve held nothing, the platter somewhere misplaced.   A Pickwick compilation of dubious sources (I left this behind as I believe it to be orchestral 'pops' versions of the songs listed, not the originals) caught my eye then was quickly forgotten.  The country classic shown below was tantalizing for a moment, but it passed quickly, as it so often does with garage sale fodder of fleeting desirability. 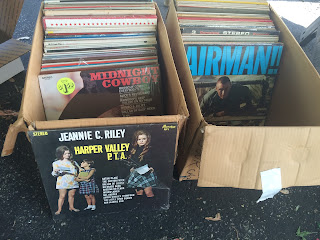 Lastly however was a truly odd 'documentary album' of boot camp.  The packaging was very nice and odder still was the stencil someone had used for something....the font harkens military themes and I could not figure out if it was a strange bonus with the album? What were its origins? I will never know - I threw it back and left with nothing. 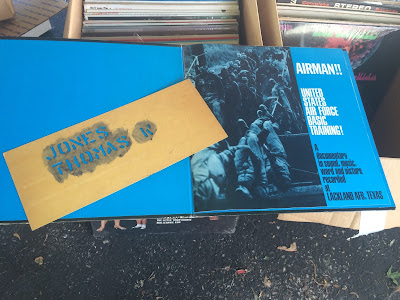 Next I set out on a much longer journey, from Villa Park all the way to Schiller Park.  I arrived only to be told that the approximately '2000 45s' and '1000 LPs' were all purchased at once by someone else.  They did have a very large amount of casettes, CDs and even 8-tracks so I almost believed those wild numbers, but not quite.  Either way, there was nothing there for me so I moved on. 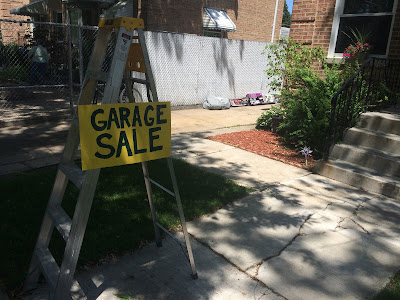 I was firmly excited to find three large totes of records and motherlode of solid rock records - no 'documentary albums' here.  I grabbed an early VH album for myself, as well as the mate to a fusion album I grabbed at a pawn shop a couple months ago.  (Both albums have proven to be so good....one of my best musical discoveries in the past year or more).  In the last bin I found a huge stash of Engelbert albums - almost all post-Parrot years.  I picked up my favorite of the bunch for my girl (I already have them all).  I chatted briefly with the owner then grabbed some taco makings and went home.  With now twenty miles under my belt, I was exhausted.  I ate some tacos and hydrated before a very brief nap and gloated in the fun of the day.  Don't give up kids - the best bins are just around the corner. 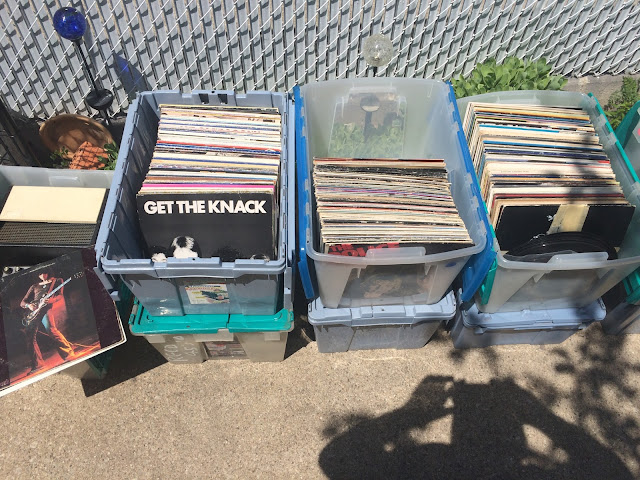