Something Else Resale, West Chicago 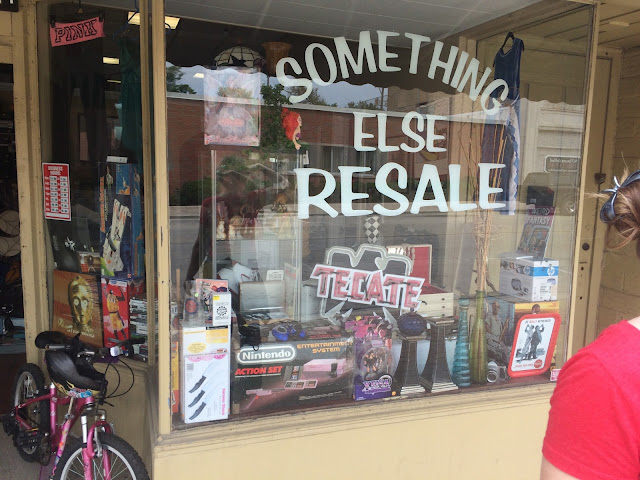 Made my move on a gsalr.com tip a few weeks after the fact.  The only thing better than new record stores is when they are just steps from the train.  Better yet, I saw that this one was basically next door to a St. Vincent thrift which was an added bonus. 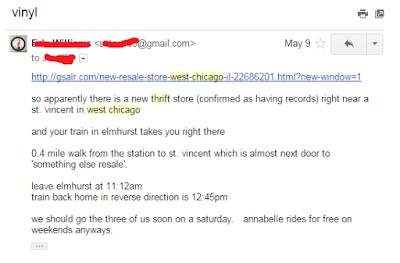 I did my homework and carefully reviewed the train schedule to plot my course to and from the stations.  I'd have about exactly an hour to walk the 1/4 mile to the store(s) and do my diggin'. 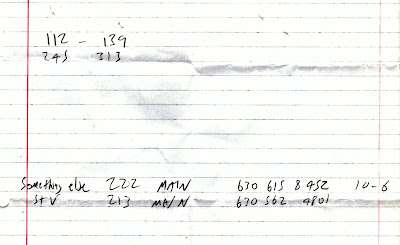 I tried to give both stores a ring just in case the info I found online was bogus and they were not open on a Sunday.  I got a voice mail at the resale store and St. V's did not answer at all.  But I got a call back from 'Jason' promptly who assured me they were open and just got in 'about a thousand' new records from an estate sale.  I told him I was on the way.

We were led into a back room that had at least 10 crates of vinyl, at least half alphabetized and the other half stored horizontally.  Some were priced, others were '2 for $5', etc... 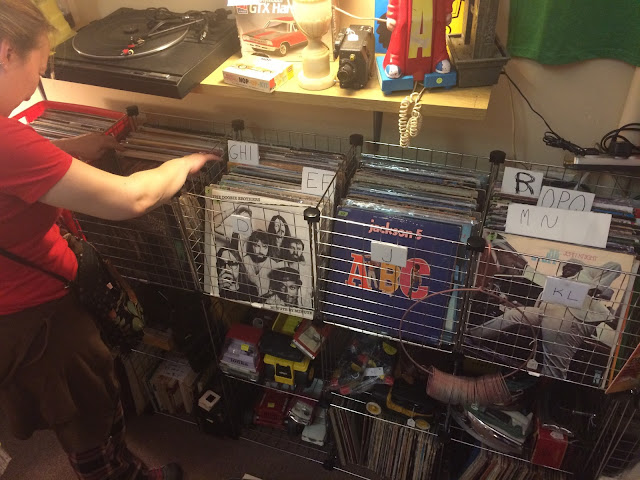 Found a fair amount of Tom Jones stuff for $2, much of it Parrot but none of the mono versions I needed or the couple remaining discs I need.  Grabbed a copy of an early 80s metal classic but put it back when I saw the outrageous $18 price point.  I knew that could not be a valid price given its condition and also its popularity/number of copies in circulation (not that I've even come across it before) but now that I look I see that in order to get something beyond 'fair' condition (and to make sure it comes with a sleeve!) you are going to pay about $20.  So they probably priced it on discogs anyway...but I am still not spending that kind of dough on anything unless it is Merry Christmas to me day, which only comes once a year.

I bought all my RTF records on ebay many years ago before I was a 'serious' vinyl collector and some of them are pretty beat...one in particular is uniquely warped.  Only the center label makes contact with the turntables on one side.  This creates a super low friction condition given that I use felt slip mats so I get odd warble on that side.  In desperation I long ago put a couple of strips of hockey tape on the label to try and create better 'grab' which marginally worked and only ruined the record's condition further.  I found a very clean copy of their funkiest release (I hardly even listen to the copy I have, and that one is in good condition).  I let it go and shortly after my girl found a really nice copy of the horribly convex (or is it concave?) record described above for only $2.  For a long time I swore I would not replace records I already own but I couldn't resist and at that moment I could not find much else to satisfy me.

That changed shortly after when I found the Larry Carlton record I've been hunting for a long time...and its in really clean shape too.  I picked up an different LP for NOTHING a while back (no better deal than that) and I have enjoyed its music so many times since. I first grabbed a what I thought was a live record and did a catch and release when I finally saw my prize.  I won't snob out and claim I bought the album for anything but A1 but the following cut is crazy, crazy good as well.

The cashier stopped back to ask if we needed anything a couple more times than I can tolerate as 'normal'...don't know if he thought I was jamming records into my socks or what.  At one point he even stuck in his head and said 'did you say something?'.  Anyway, despite his obvious paranoia he did reveal that there was some additional vinyl in the back.  Three bins but aside from one release NOT in mono it was all as notated by the marker stuck half way though one crate. 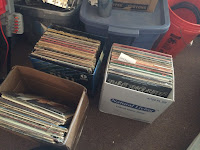 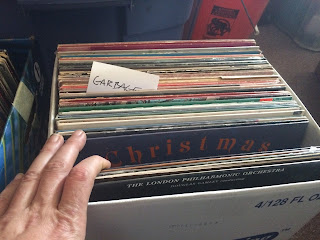 My girl refused to take part in the price gouging and turned back a few she was already verbally regretting by the evening.  Did I also mention that St. V's was closed as I predicted? Oh well.  We alotted just enough time to dig everything they had and get back to the train - two hour round trip and well worth the adventure, not to mention the vinyl.

After a wild weekend that garnered 9 vinyls in 2 days at 3 different spots, I am sitting in my girl's basement on a marathon blog writing and record listening private party.  We made some potato salad for a BBQ we will be departing for shortly (it is now chilling away in the fridge).  I have been here all weekend and just got done with the following records and they are all highly recommended, though they have nothing to do with this post or this store:

Nights Are Forever
We ran through the local St. V's yesterday on a lark.  Again, I bought nothing, this store is regularly so tore down you couldn't rub two decent records together if your life depended on it.  But we found this and I recommended she grab it for 50 cents and she did.  I cranked up side 1 yesterday and just did side 2.

Help Yourself
Listened to side A then moved on through her collection.  Funny I even know where she got this one as well - I was there,  The horns to open the album are pure gold and the narration on A4 is too much to bear, yet too much to turn away from either.

Greatest Hits Vol. II
I am so highly satisfied with the Mexican import I grabbed in Indiana late last year but this will work as well.  Don't miss the cartoonish laser light show cover or THAT BEARD.  Still, I miss '747'...

And now, more of 'Perfect Peace'.  Hope you share the same on this Memorial Day. 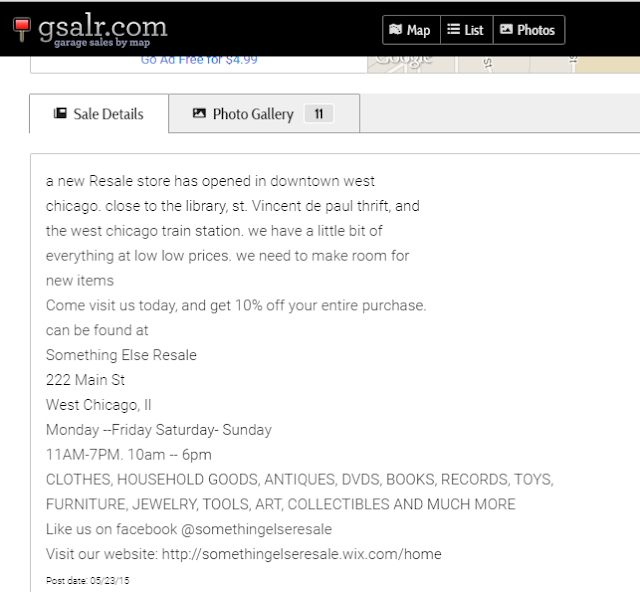 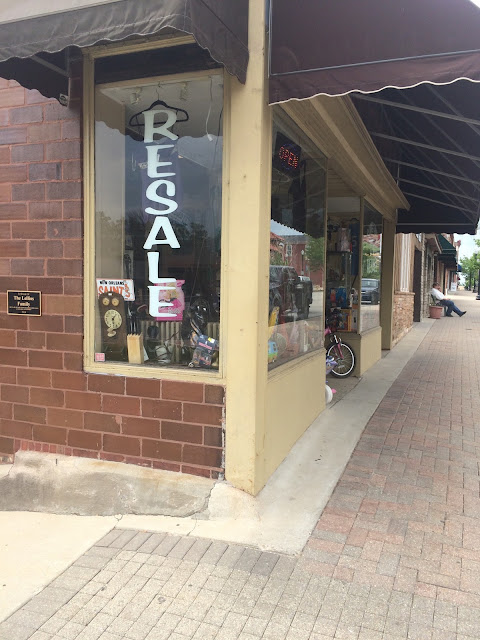 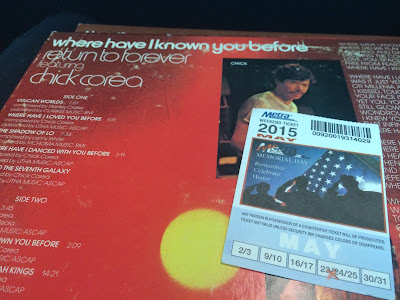 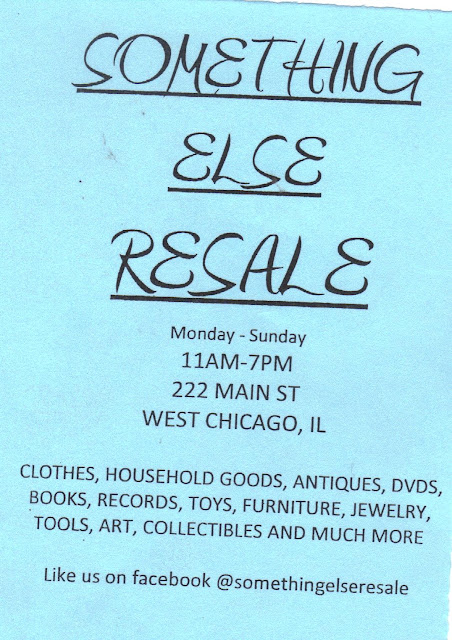