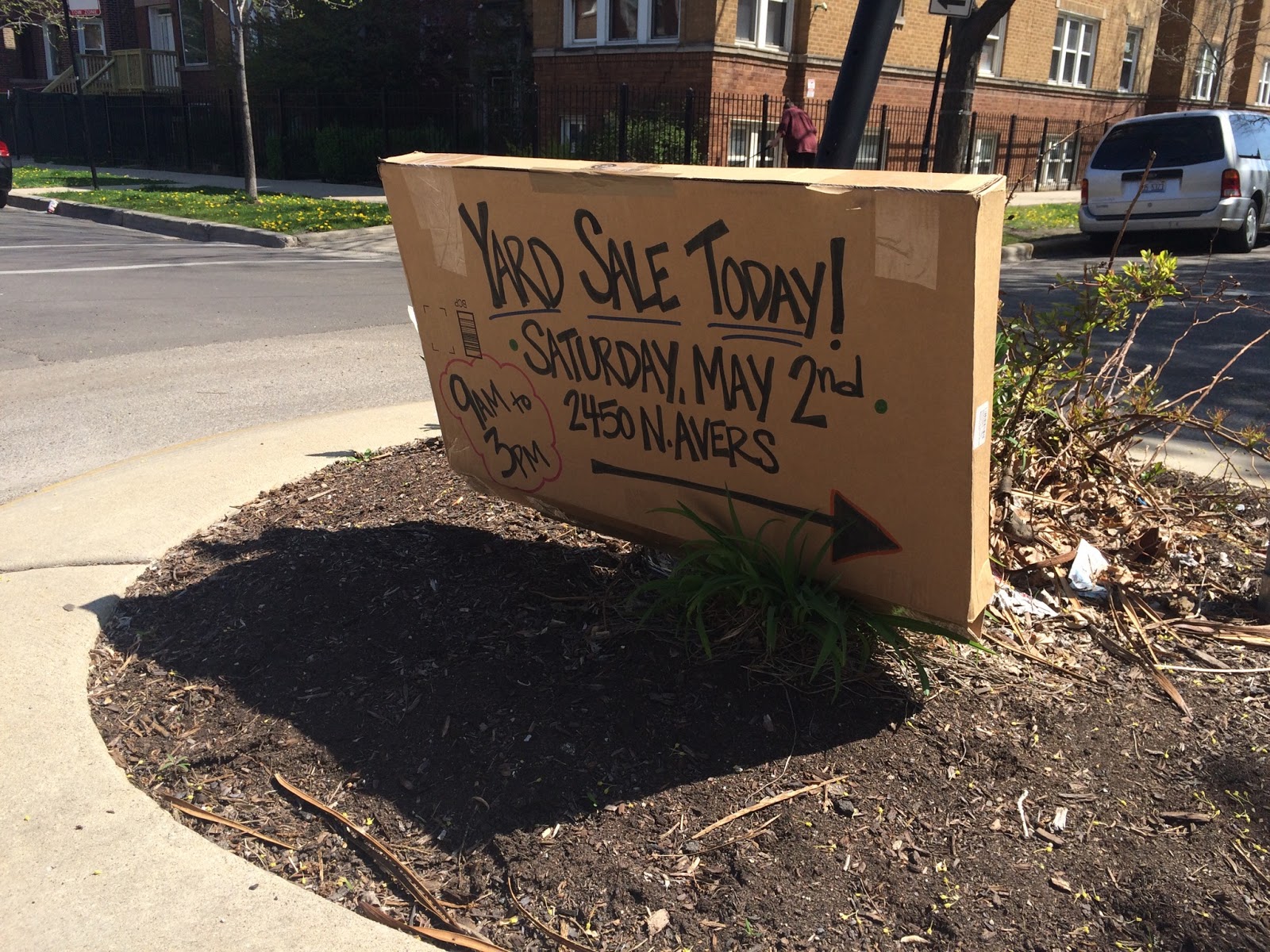 I jumped on the Belmont bus before noon on the warmest (as of yet) Saturday of 2015 en route to Avondale to check out two closely located garage sales that claimed to have some vinyl to dig.  The first one was a yard sale with one cardboard box neatly filled with finds. 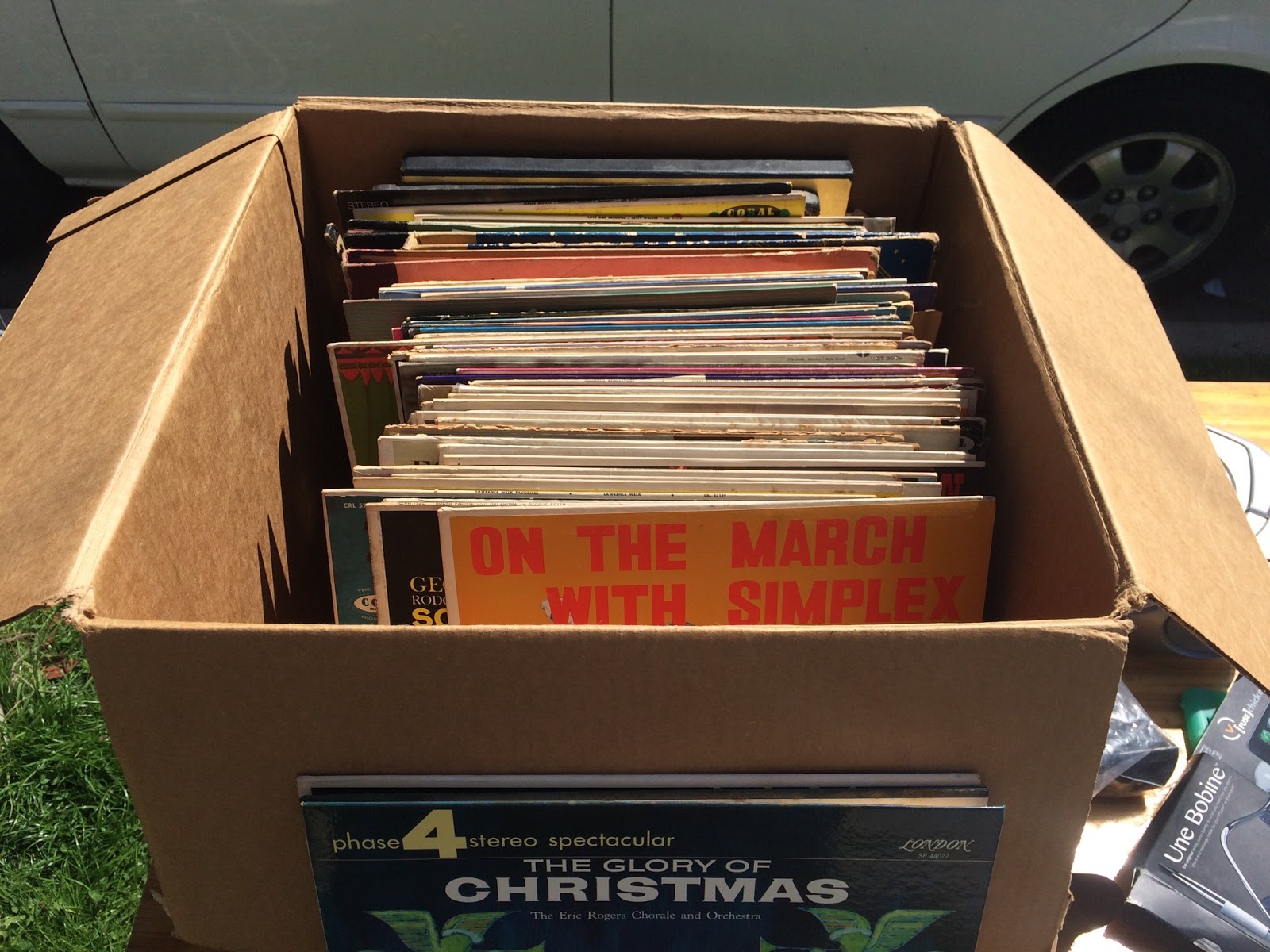 I nearly went for the Phase 4 record you see (based on the awesome success I've had with the other two I have) a glimpse of but religious and holiday records aren't my bag, regardless of whatever wonderful technology was used to record it.  I found two nice Eng records (one shrink wrapped and the other the 'boring' stereo version) mixed in but in the end walked away with a Chicago polka comp which I am quite happy with.  My Eddie B. fascination is now branching out to lead me further down the road. 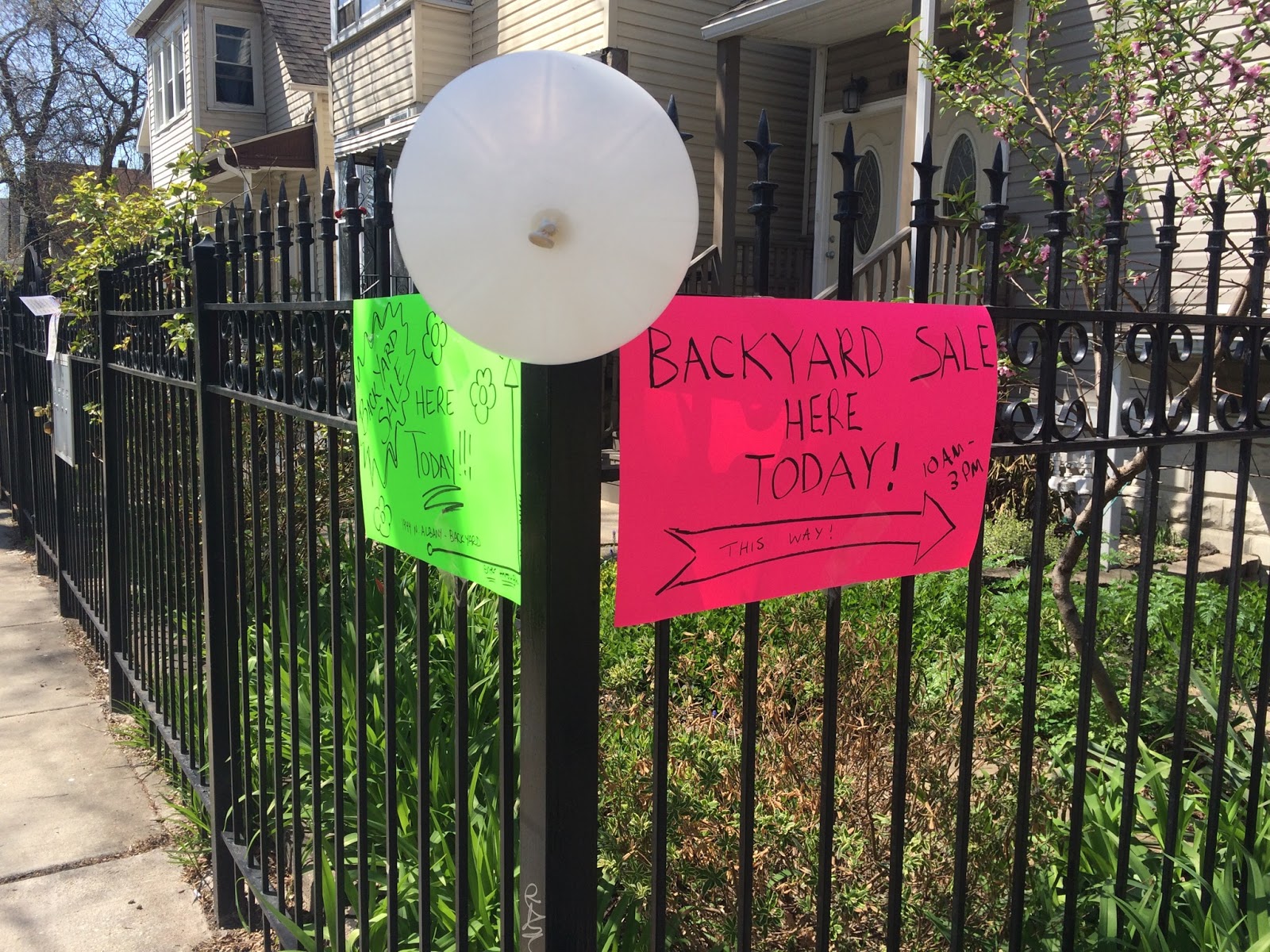 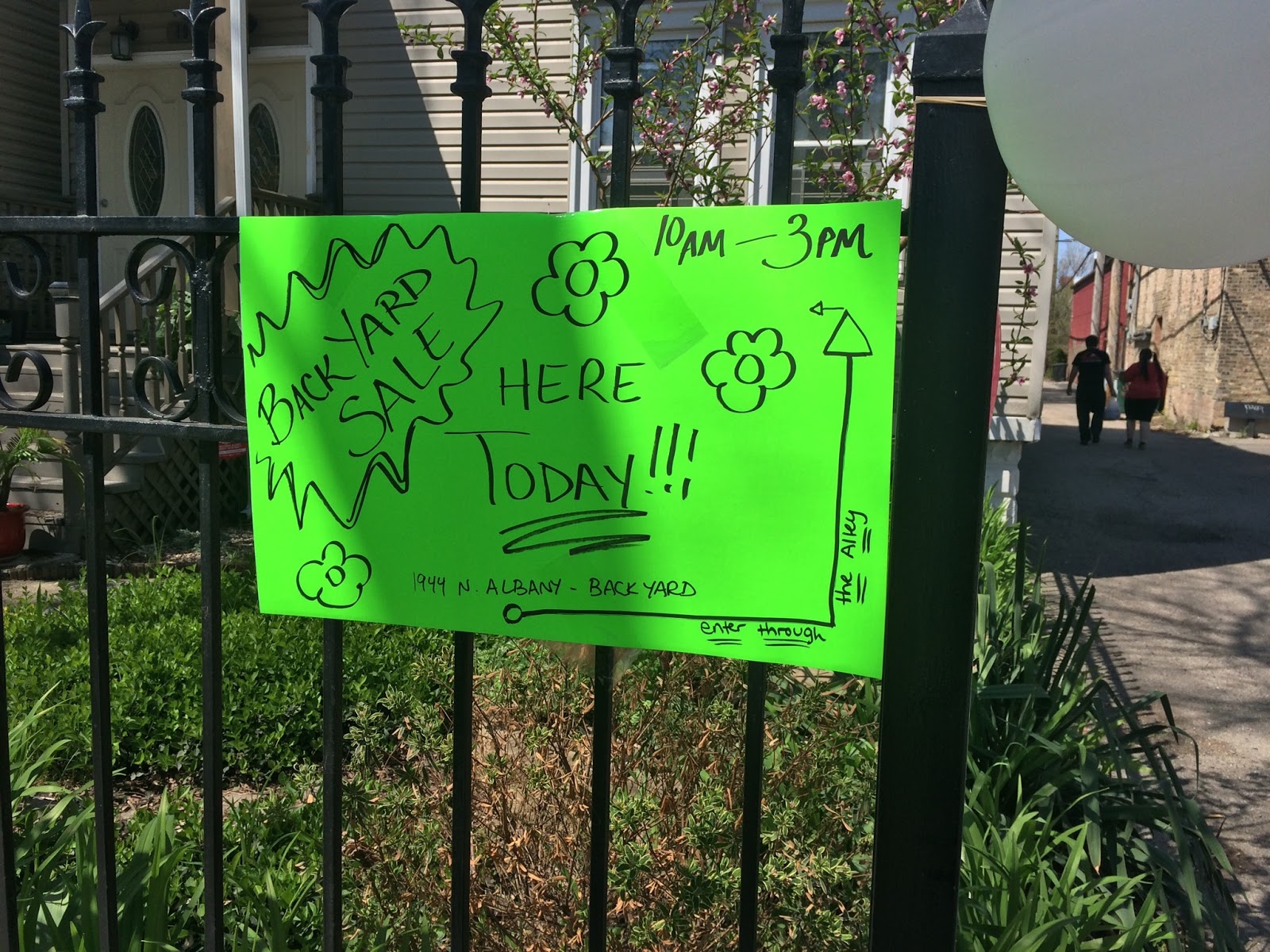 Sale #2 was just about 2 miles away and I flew over there.  They also had a single crate for me to dig which held some Glen Campbell stuff (some live, some not).  Best of all was an excellent late 70s pop-comp but alas the jacket was empty.  What a shame - I left this one empty handed.  I rode north on Kedzie to Semiramis for a 'special' falafel which I ate in Jensen Park, then headed home. 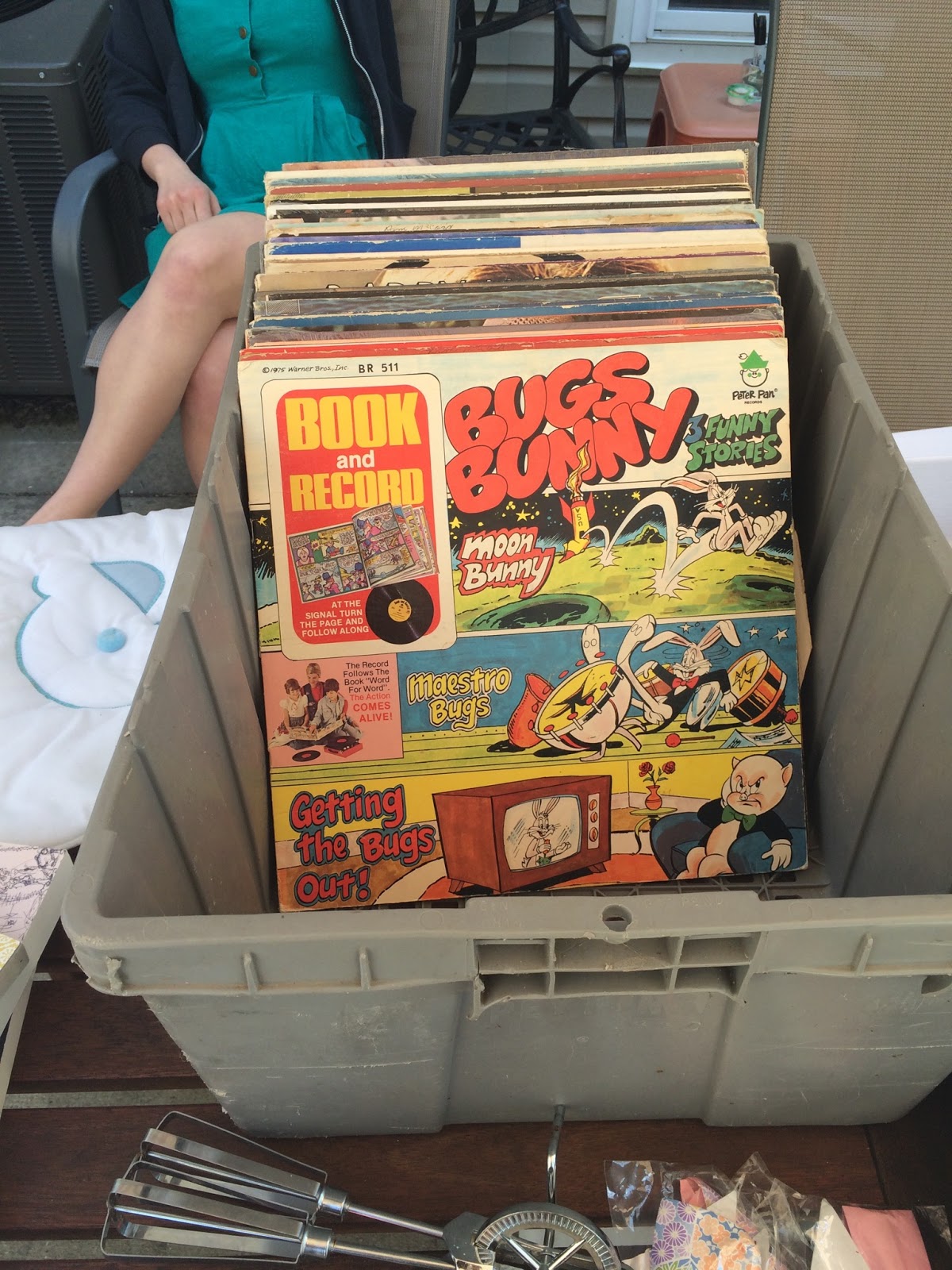