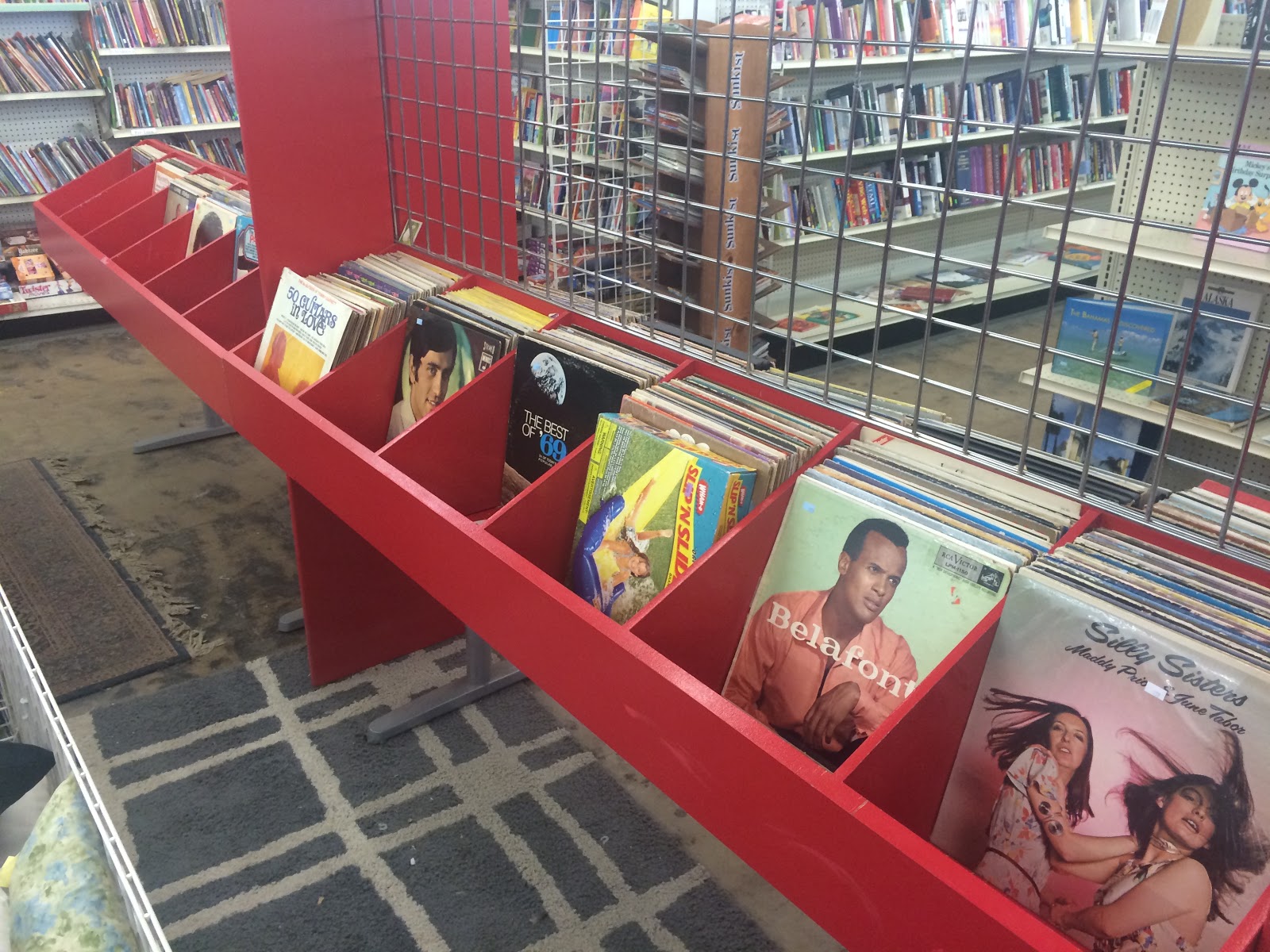 I don't get up this way often but so I made a point to see what I could see during my afternoon up north.  This Salvation Army is pretty large and had a giant record rack of an odd design. 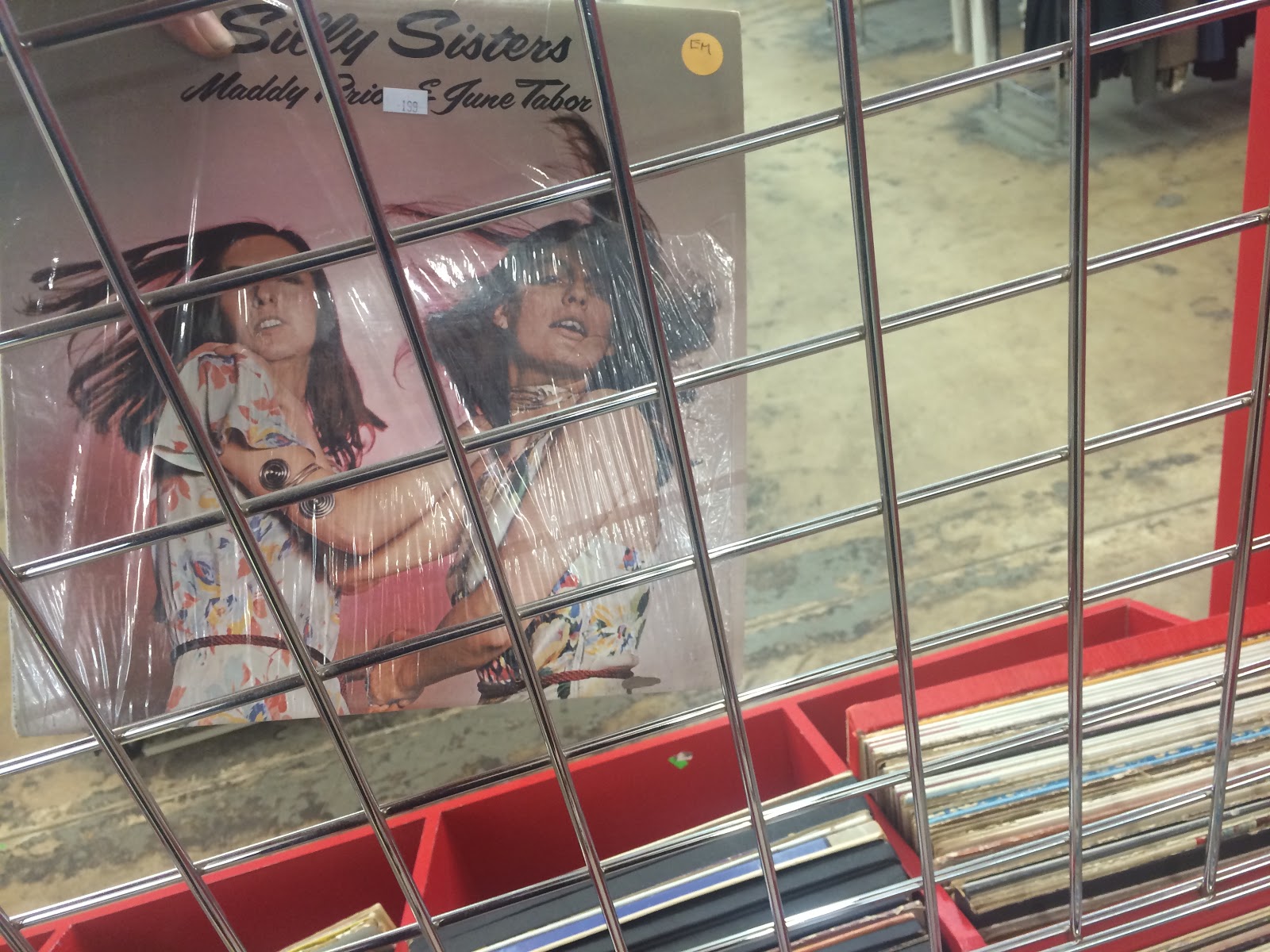 The front and back were separated by a wire cage.  Perhaps used to protect yourself from atrociously bad releases? It was probably only at about 50% capacity and contained a number of interesting and strange records.

Initially I considered grabbing one but in the end I couldn't decide which so I left them all behind.  I actually carried one half way to the cashier before I abandoned it on top of a dresser I was walking past.  Of course, I now carry a modicum of regret but without regret there would be so self control and then the floor would fall through in my humble home. showering down vinyl upon my neighbors heads as they slept.  I also found an outrageously dated picture sleeve 7" and a unique album from Greece.  Interesting multi cultural cross section.

I found a Monkees album for my girlfriend which I see often in horrid condition.  This one was quite nice and she was happy to recieve it.  Besides the marimba albums, I did not toy with much and was having trouble finding anything I was seriously interested in at all.  I finally came upon a Decca 'Phase 4' album that caught my eye due to the interesting cover design.  I bought one of these Phase 4 albums last fall as a consolation prize at a garage sale and ended up being very pleased with it.  Decca used really nice glossy card stock for the gatefolds and this album also had the original plastic lined paper inner sleeve which further pushed me towards a purchase.  Even after a bit of quick research, I wasn't totally sure what the style of music even was but I was willing to roll the dice.

But I had a small issue.  Recently, my money was turned away at an independent thrift store in Wisconsin because the record I wished to purchase did not have a price tag.  This was their fault, essentially even by their own admission.  But it is their firm policy and they refused to let me purchase the release.  When I entered this store on this day, I overheard the cashier giving another customer the same speech.  Alas, the album I had in my hand did not contain a price tag! This only made me want it more.  Initially I tried to remove an entire plastic wrap (with price tag) from an Eddie Rabbit album but I could not get it off.  Even if I had, it would have been unrealistic to think that I'd be able to slide my record inside without shredding it.  But I was getting frantic.

Of course it looked horrible, it was all torn but I didn't know what to do.  As I was walking to the counter I noticed that it was half peeling off as the adhesive had been left behind.  So I licked my finger and smeared it down...I was about 10' and closing at this point and getting ballsy.

I get to the counter after trying to decide which album to put on top. I put it at the bottom, she rang up the Monkees album then paused instantly at the ragged price tag on my record.  The woman who was apparently her boss - and also apparently about 70 and a heavy smoker - was on the phone 2' away.  The cashier kindly asked me to hang on a second.  The phone call finally ended and with a wave of the old woman's hand, I was home free!