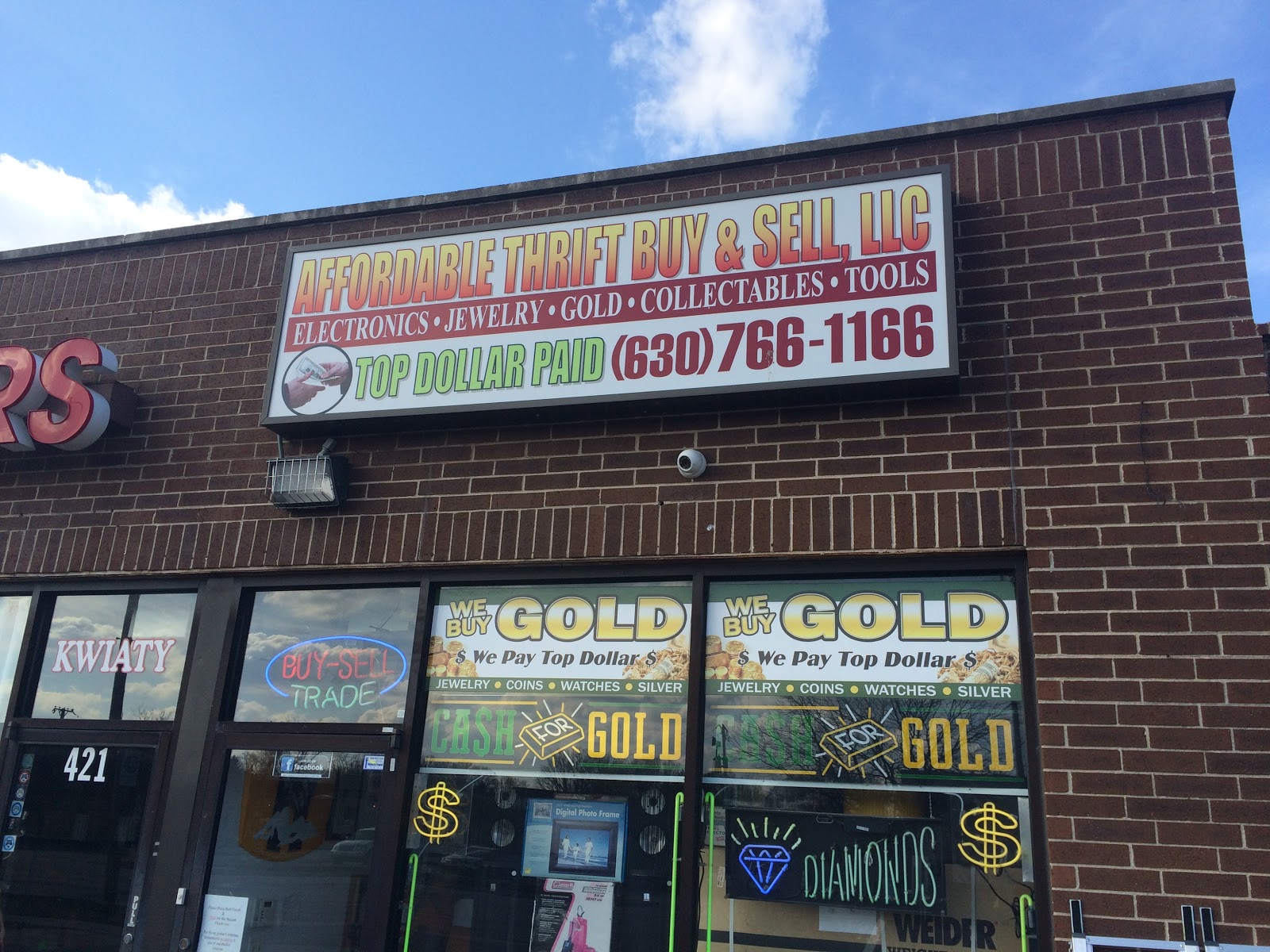 This place is just a couple miles from my work....I had noticed it but I believe they either changed the name or at least the sign.  I paid it no mind because it said 'pawn shop' and a place like that likely won't carry records.  But everytime I would use Google maps to look for something, my history would cause Google to recommend it because of the (new) name: Affordable Thrift.  I was plotting a route (non-record related) and when it came up again, I just picked up the phone and called to ask if they had records.  After a brief pause, the person on the other end answered 'yes'.  I said I was on my way.

While it may not be marketed as a pawn shop any longer, some old habits die hard and I had to be buzzed in like in the movies.  I don't know if I've ever been in a real pawn shop but if I have I was not buzzed in.  Anyway, I made my entrance and asked to see the records.  I fat crate was produced from the secretive back room and I got to diggin'. 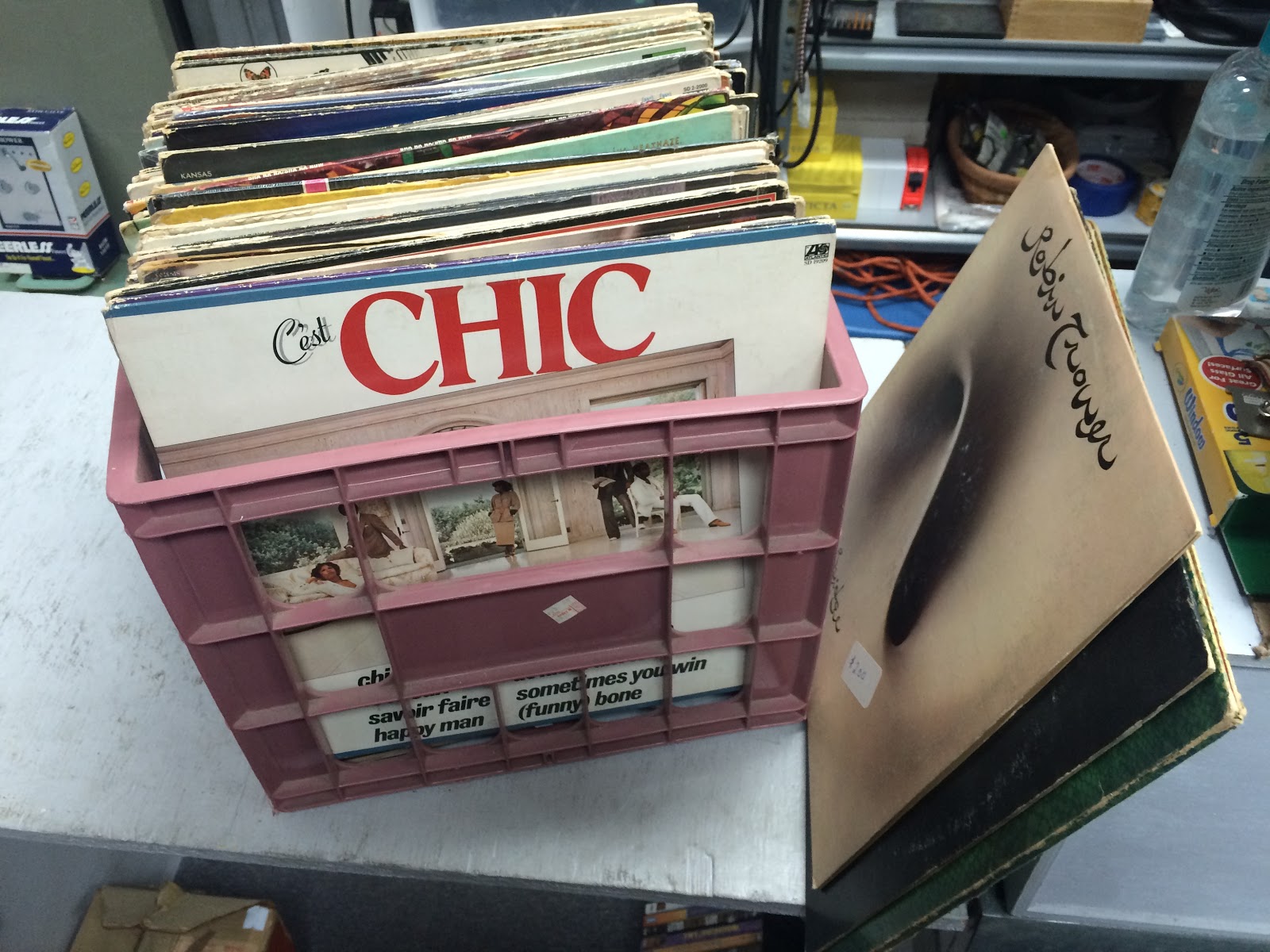 I pulled out three awesome scores (one for my girlfriend, as I was on the way to her house):

Jeff Beck - Wired
This is just as exciting and excellent as I had hoped.  It can only be described as 'frantic', hammering music that just does not relent.  The cover drew me in but the music is the payoff.  I will definitely be looking for more Jeff Beck now.  Excellent fusion that is guitar-centric but not overtly so in terms of extended solos and pointless displays of fretboard prowess.  Excellent stuff.

Robin Trower - Bridge Of Sighs
My uncle played me the title cut many, many years ago and I've been hooked ever since.  I don't generally like blues but this isn't quite straightforward blues....I have yet to explore the rest of the record but will soon.

I also grabbed my girl an Alice Cooper record I knew she was dying for.  It is not 100% complete but close enough, at least until the day she can come up on another copy.

I asked how often he turns his records (he mentioned he has a 'regular' that comes in to buy up anything that has been sitting once in a while) and he said the best thing to do was just call, and he gave me a card (as usual, scanned below).  Nice guy and a nice store.  $6 for three classic records in real good shape is a success my by standards. 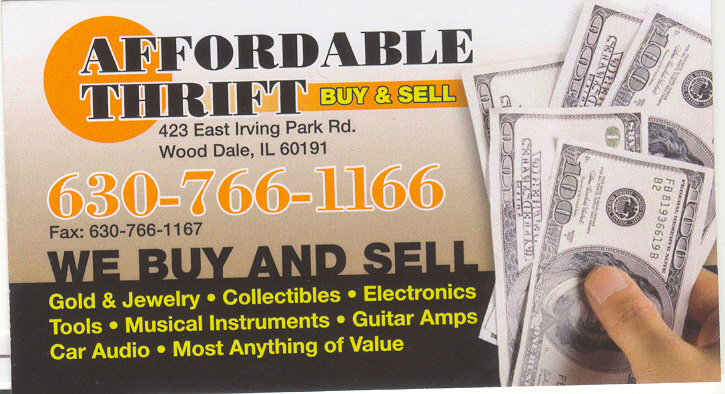