Antsy and full of java on a Sunday morn, my girl and I lamented the fact that we were desperate to root around in a thrift store but we had worn out are usual haunts to epic levels.  As usual, I headed to Google maps to tell the tale and point me somewhere new and exciting.  The best I could come up with was the Goodwill in Westchester which I had visited once before long ago (and my girl never had at all).  We saddled up and headed out.  I have been through so many Goodwills it is mind boggling but at least you know they always have records without fail.

At Westchester we both left empty handed but I almost grabbed a couple.  I was unsure on if I had these variants or not and did not have my phone in my possession to check the discogs.com database.  Of course, now that I am at home and checked my physical records and compared to the DB, I am pretty sure I passed on one record I should have scooped.  I have the TJ Brass debut (and everything else through 1971)...it now seems that I had the mono version of that album in my hands while my copy at home is stereo.  Damn.  I had the exact same dilemma with an album I grabbed at a garage sale long before this blog existed but my research here at home in the archives proves that this would have been a dupe.  Last up was the Roger Miller album I was just complaining about last week. I have the mono version, I found a second copy (also mono) for my girlfriend months ago, and here I had found yet a third just a few days ago.  My prayers were answered when I found the stereo version here but in true Goodwill style, it was long gone from its jacket.

I was so disappointed that I considered not even blogging about the event.  I didn't have my phone anyway...it was a very pathetic situation.  But I pulled myself together and asked my girl to borrow her phone to snap one shot for a brief blog (which I am now expanding upon in bulk).  But now another patron (I always suspect these people don't even collect records and then justify in my mind that they are then not allowed the touch them) was elbows deep in the bin.  So I took my snap from outside on the sidewalk.  Say cheese! 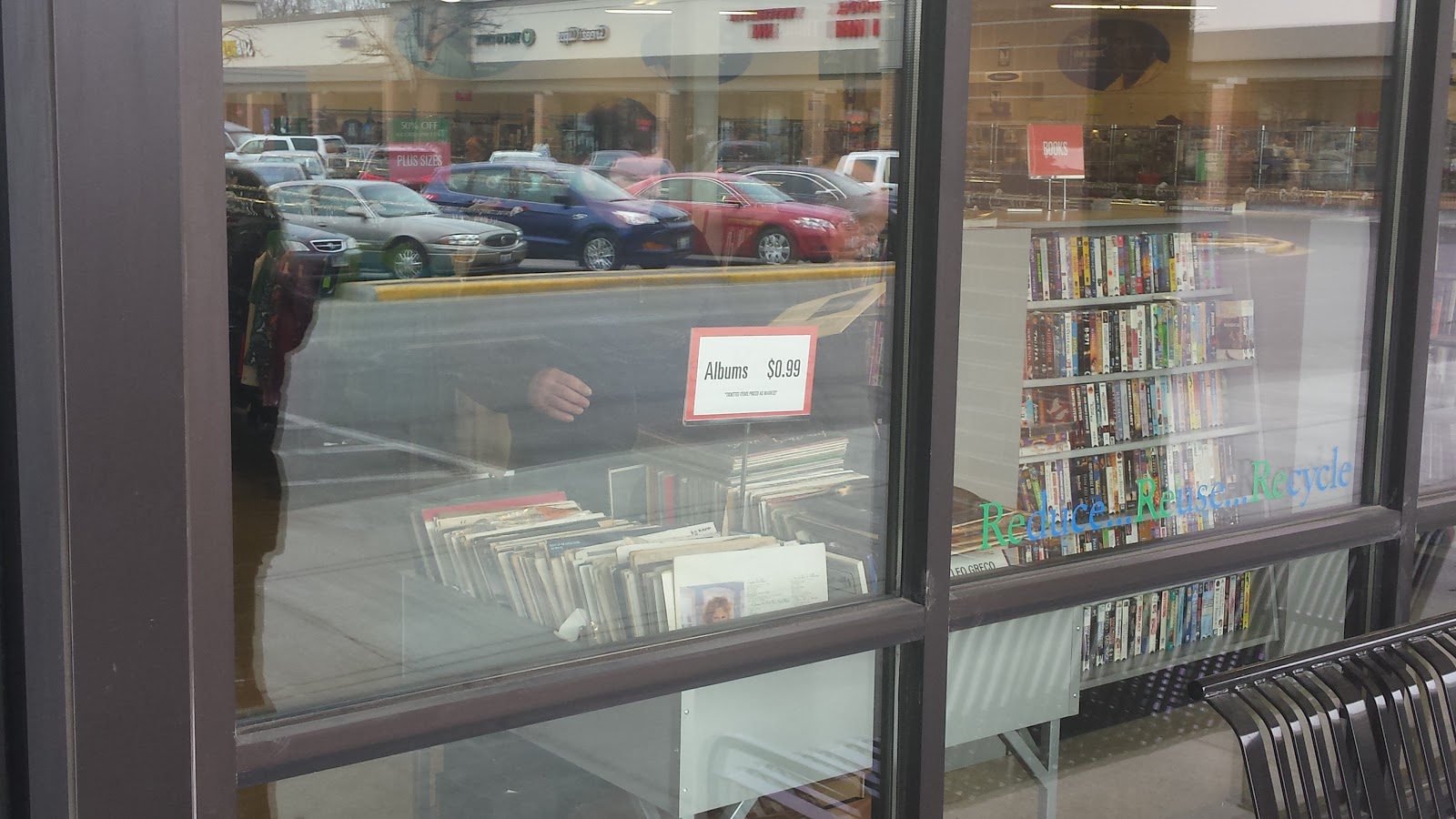 Refusing to be beaten down, I found another Goodwill neither of us had ever been to in nearby Willowbrook.  My girl knew the area and we cruised over where we.....found nothing.  I would have liked to raise some hell in celebration of the discovery of something of interest but none was there to be found. (The title I just referenced appears to be - upon further research after the fact - to be barbershop music). Moving on... 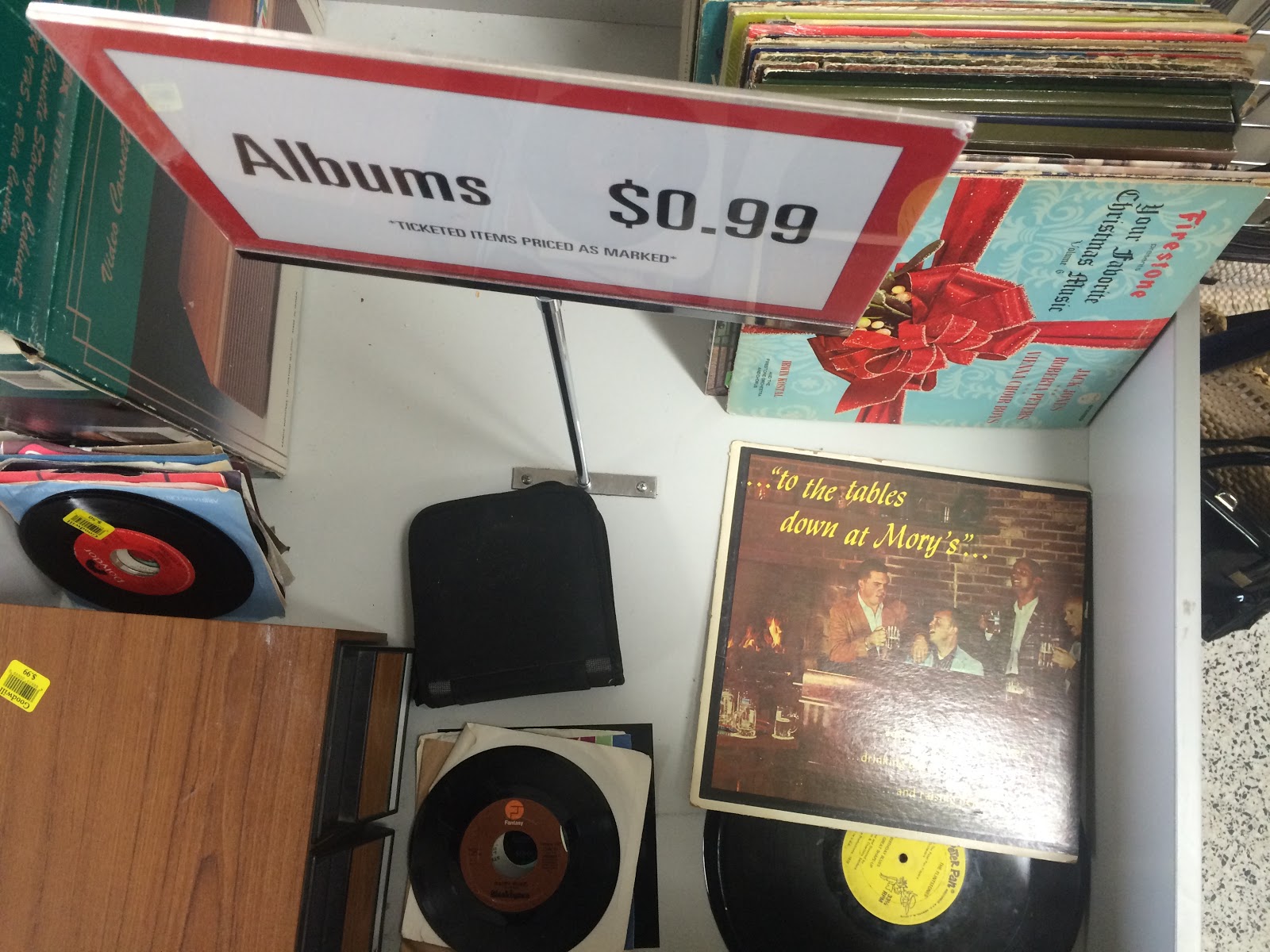 We were gluttons for abuse on this afternoon so we decided to hit one last Goodwill, another which neither of us had ever been to in Downers Grove.  I was delighted by the display of records they had set up, especially the three excellent Tom Jones records they had in the mix. 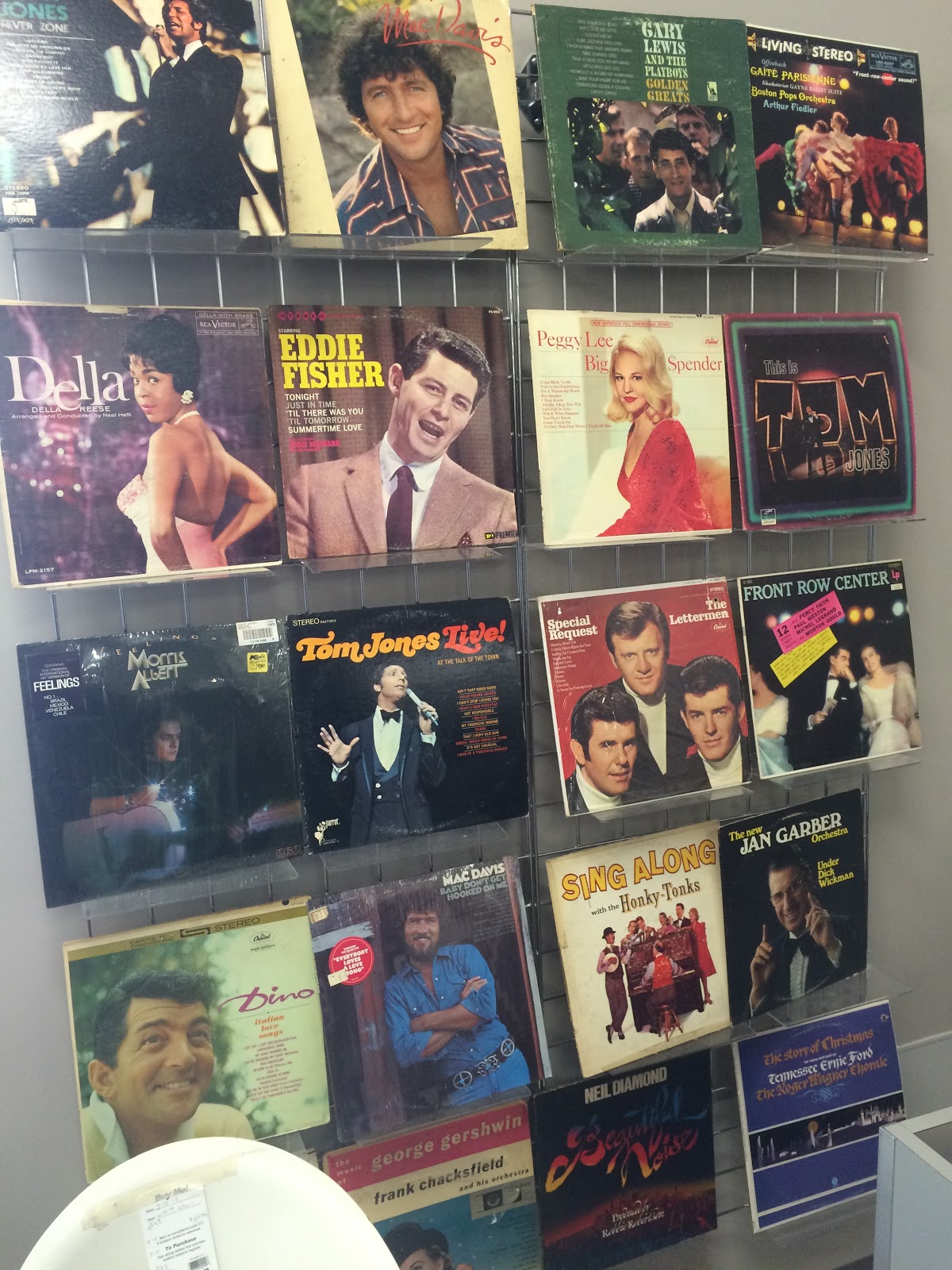 Without a milligram of irony, it was one of those three which I needed for my nearly done Parrot collection.  I came across an interesting local 7" which I photographed for a potential add to the db but it had been entered long ago.

We each had a good case of 'the madness' brought on my screaming kids, horrible records and pointless driving and sped home to relax. 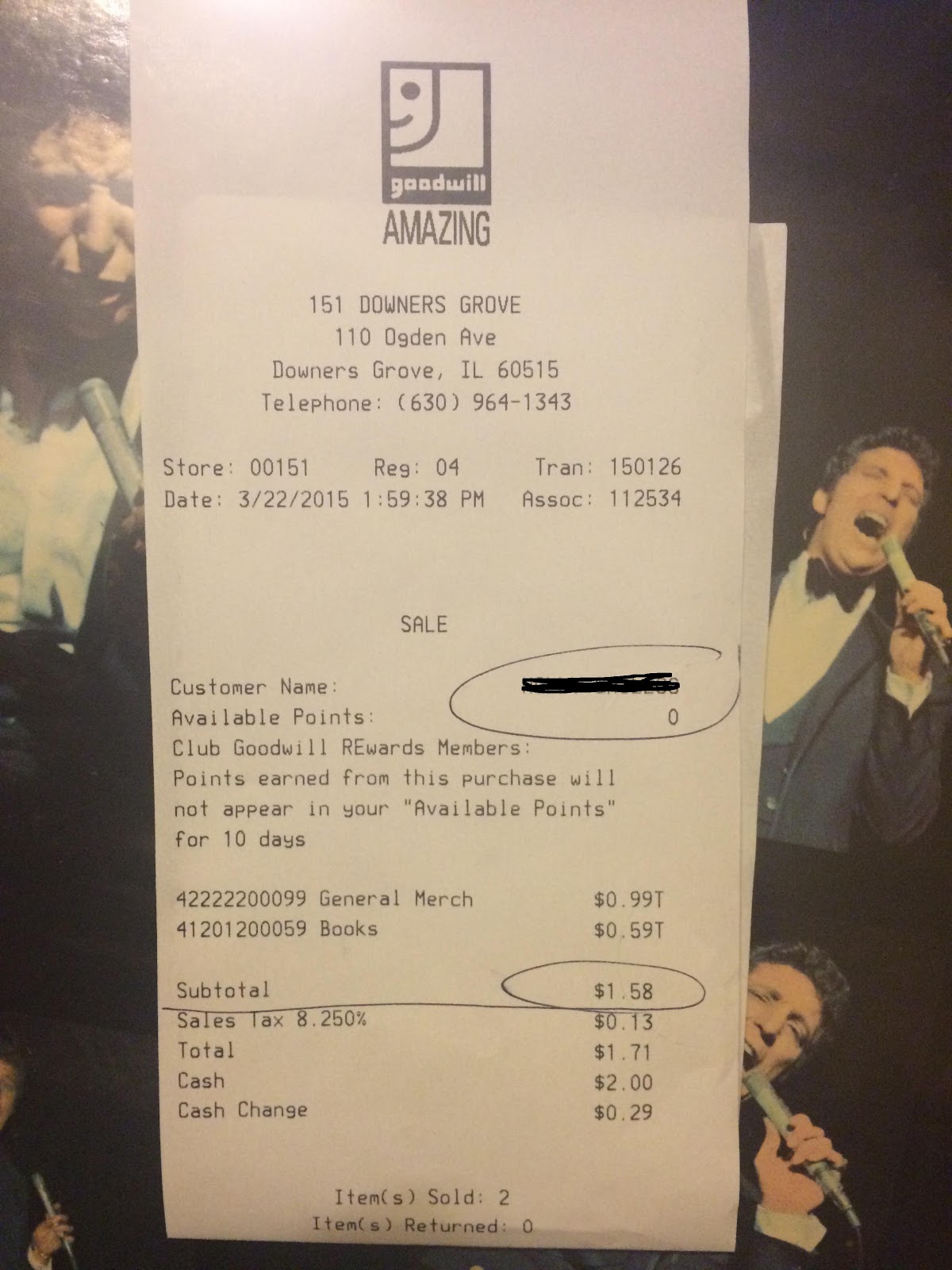