I was scheduled to lay over in Charlotte on my way to Mobile Alabama. Plans were derailed by horrid Chicago snow which delayed my departure and caused me to miss my connection.

Without a moments hesitation I left the airport in search of vinyl. With over four hours to spare I knew I had time to do some serious diggin'. 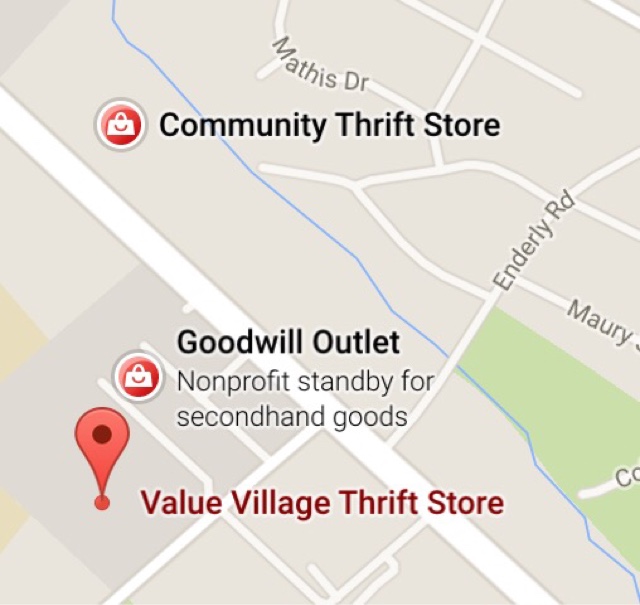 A glance at the map revealed three stores in less than a half mile radius. Took me about 20 minutes to tear through them all. The first two were adjacent to one another in a large strip mall. 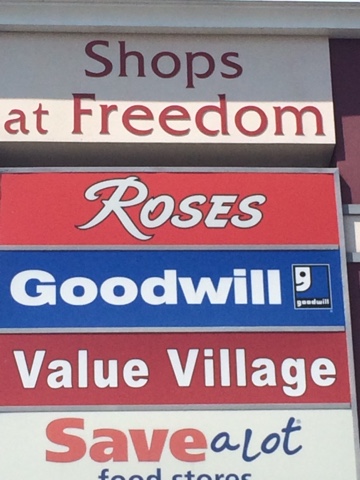 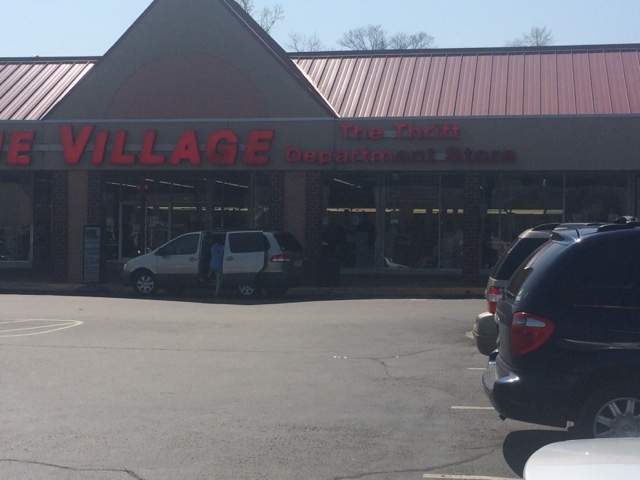 I hate this style of rack so much...clearly designed for magazines, it forces you to bend the vinyls to see what is in the back. Didn't buy anything but found the three up front which I own....these are NOT normal thrift store finds and gave me great confidence and zeal for my remaining hunt. 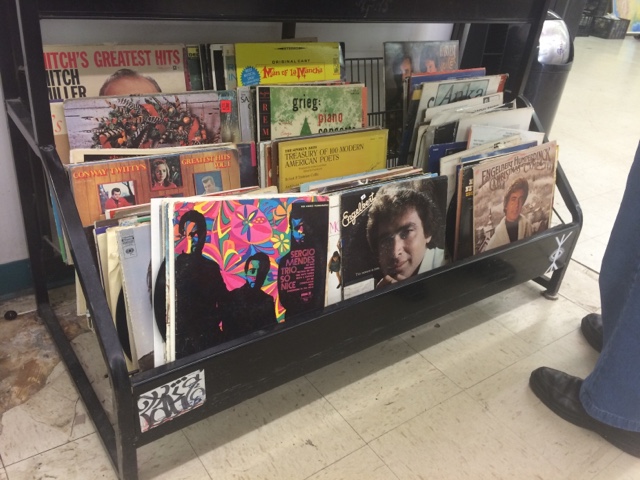 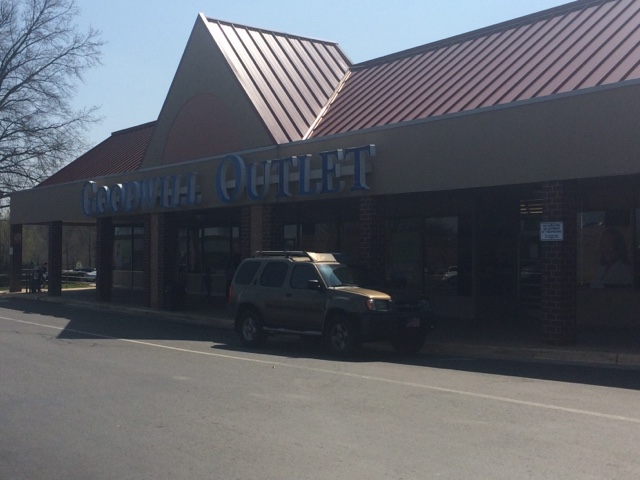 Located directly next door, this was a big place and full of volunteers rooting through giant bins of used clothing, sorting like mad. But while I immediately found the CDs and books (the usual neighbors of vinyl in every thrift store), there was no vinyl to speak of!

I eventually did find the bin way in the back...and it was loaded with funds!  I don't generally look at used 45s unless they are well organized but there was a nice stash of jacketed 7 inches mixed in with the usual scuffed stacks. I grabbed two, largely because they were in their original label sleeves. One by the other not named Diamond, and a second by Dan/John.

But the Engelbert rarities continued and culminated with the early 80s double disc, never before seen in a record or thrift store. Original inner sleeves and generally excellent condition to boot! I also found Roger's third in stereo (mint!) but alas I already own it. Catch and release! 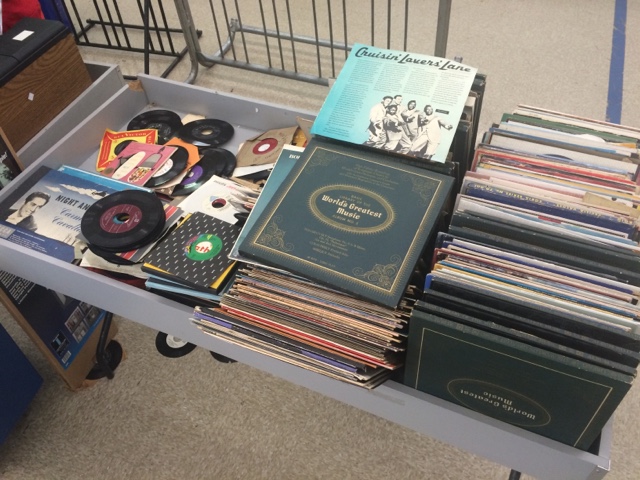 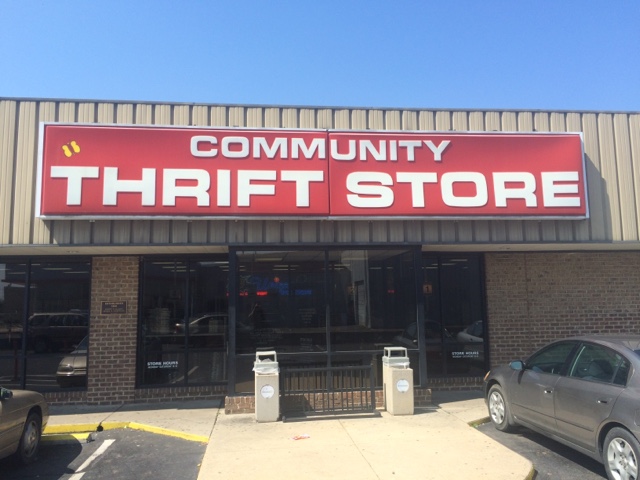 Taking its name from one of my all time favorite stores (a little closer to home), I did not buy anything here but contemplated one and marveled at another (as seen below).  Just had to manually add the comp which causes me further regret for having left behind.  Ouch. 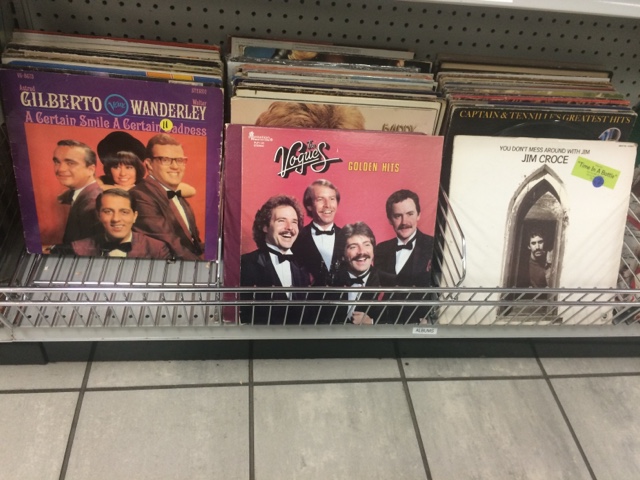 They had an air tight policy on bringing bags into the store. I have no problem with this and have often offered my bag without being asked.  While they didn't use clothes pins, they fully padlocked my bag in a cabinet and gave me a ticket to prove its mine! 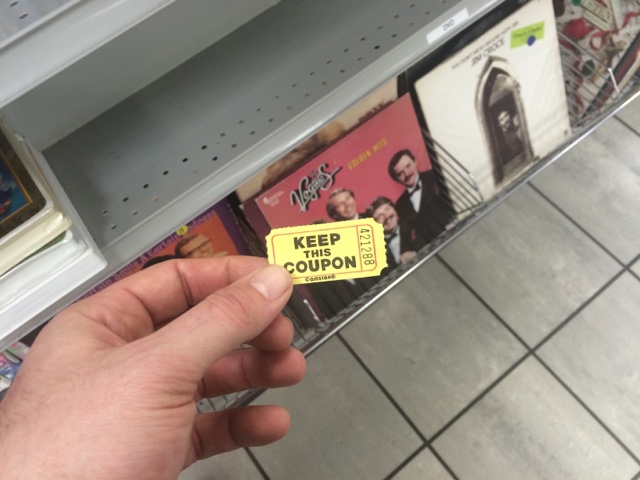 I'll be in Mobile in a few hours and hopefully can pull off the rare feat of vinyl hunting in two noncontiguous states in one day. Stay tuned....