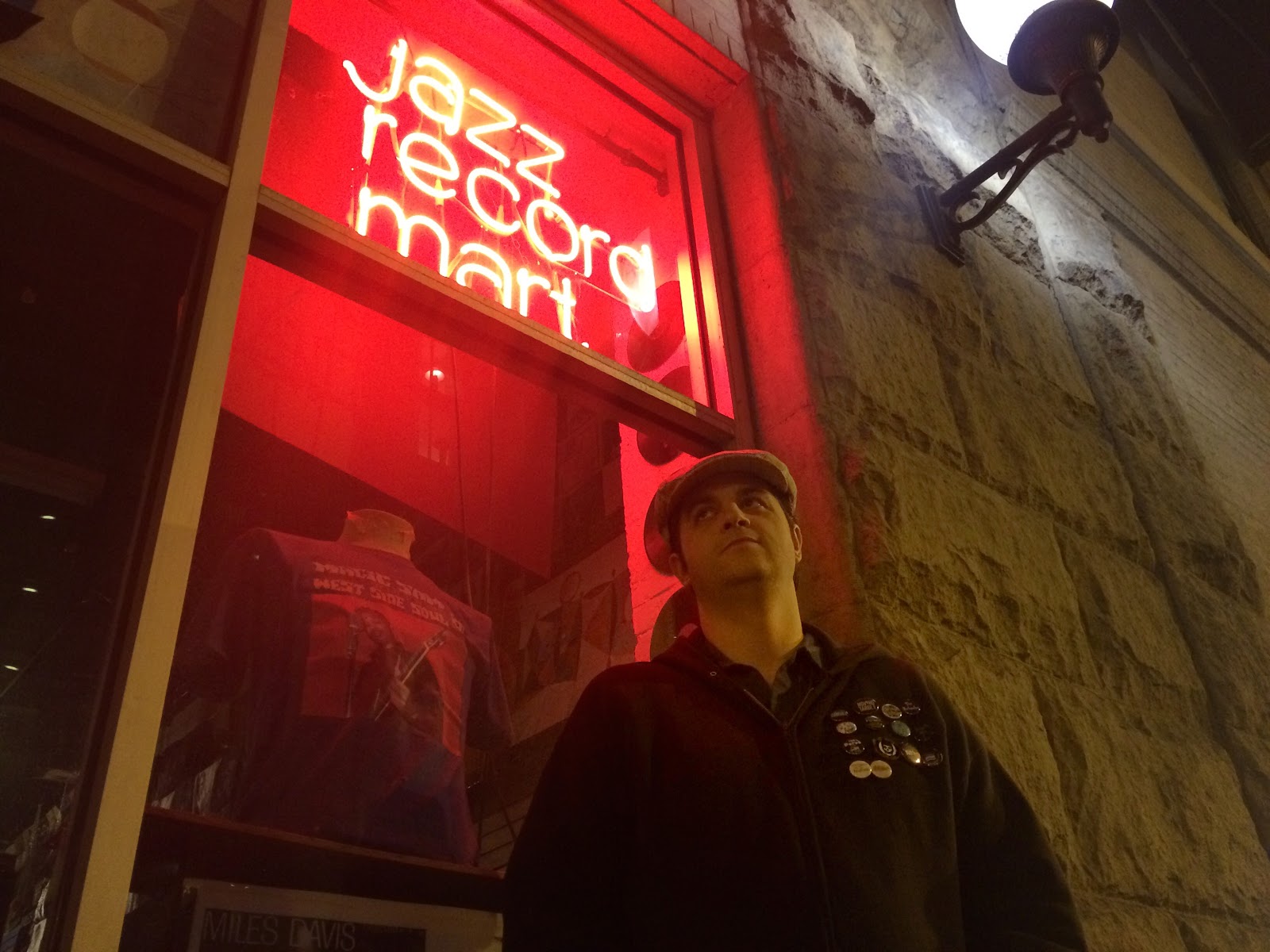 As part of my annually continuing birthday celebration, I headed down to the loop for some tomfoolery, gluttony and of course vinyl digging.  I hit up three stores I had not checked out in a long time, some in over a year.  Came up with some finds during the well entertaining hunt. 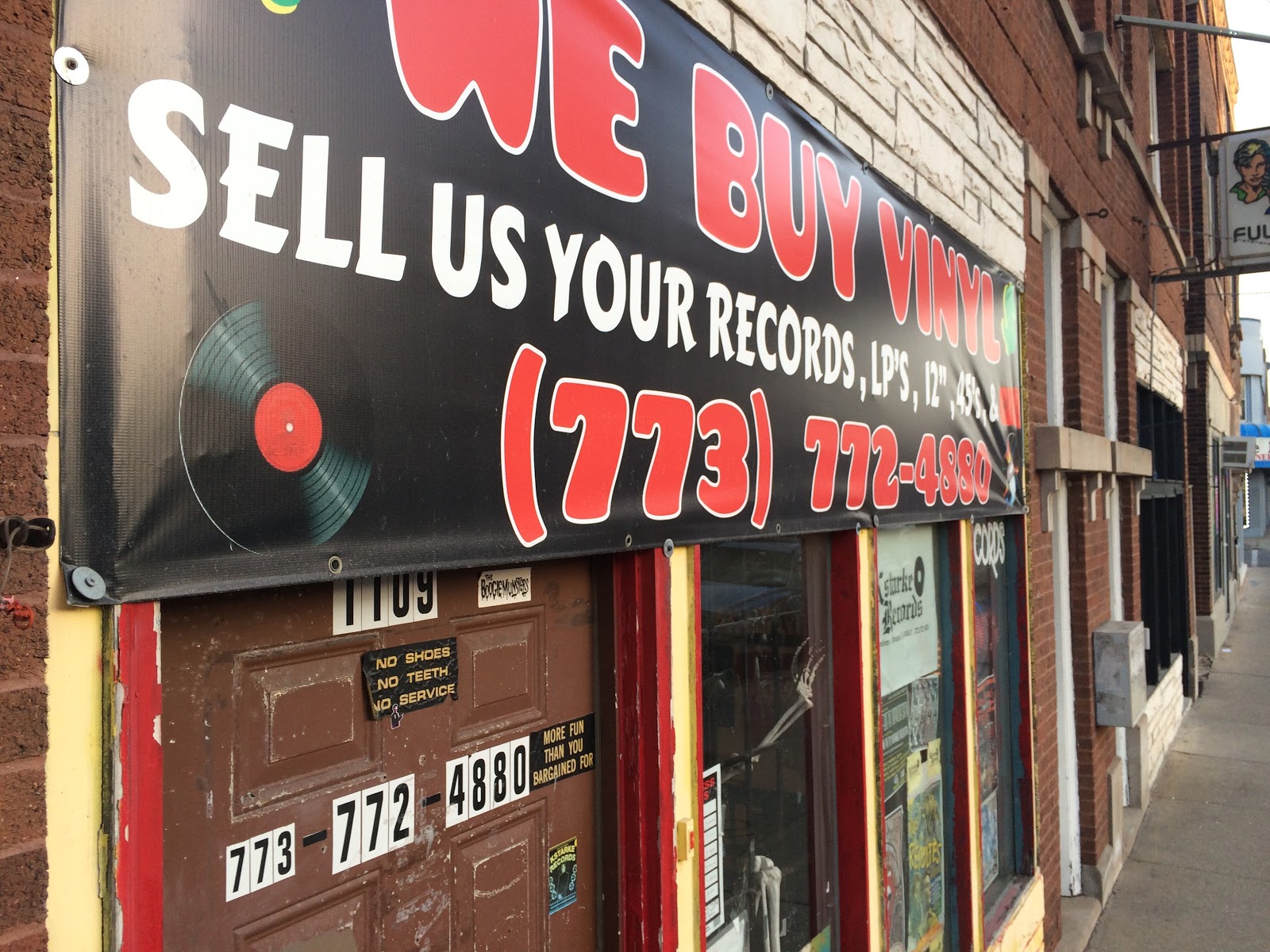 I jumped on the Metra after work at the usual time and breezed past my home stop and exited at Western Ave.  I was headed well north to Logan Square but first in my path was Kstarke Records.  I visited them one time about a year ago and had a wonderful time chatting with Mr. Starke himself.  Today I was greeted with the pleasantly talkative Rose.  She was watching 'The Departed' with the audio pumping through the record stores sound system.  I could not see the screen which made my enjoyment of the film even greater.  It wasn't long before I started to find some scores.  I had glanced at the metal section last time and remembered one record in particular that caught my fancy.  I would say I have carefully analyzed Judas Priest's discography over a number of years and besides 'Sin After Sin' (which I grabbed last year) that 'Unleashed In The East' is my favorite.  I passed it over last time but not again.  There were actually two copies and getting this one for a fiver is more than fair.  I had long hoped to hold out for the deluxe version with bonus 7" but we can't have everything, can we?  I quick poke through the 'world' section (read: we don't know where to file this junk of obscure genres) and I grabbed another Eddie Blazoncyzk.


I headed out of there and walked north to the Divvy station near Roberto Clemente HS.  I rode north and hooked left onto Milwaukee Ave and returned the bike shortly after that.  I continued on via foot to The Whistler to listen to Geoff Farina and have some whiskey.  I made the same trip a year previous where I got Geoff to autograph his first 7".  I had wanted to pick up 'Some Boots' in preparation for the day but the copies were just too rich for my blood.  Geoff wrapped it up at about 8pm and after two pricy cocktails I was ready for more (cheaper) booze and also more records. 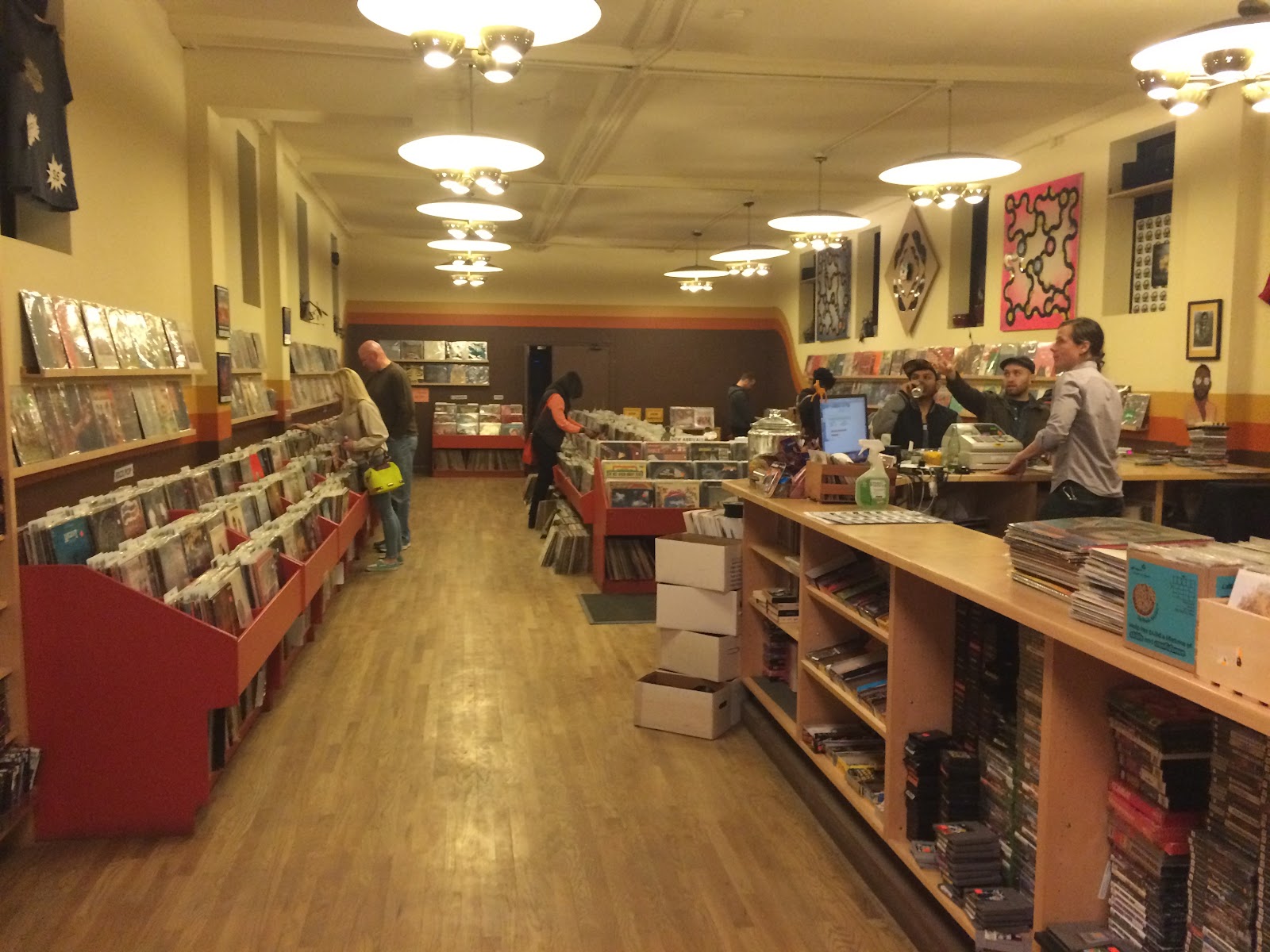 I walked east on Fullerton and stopped into Logan Hardware.  I hadn't been there since last year's birthday (also upon departure from The Whistler) and that made this my fourth visit.  I had hoped to find some barbershop but nothing doing….I ravaged the jazz section for the rest of the CTI 3000 series I needed and couldn't find a damn thing.  I was having some serious trouble finding anything of interest at all and frustration began to mount.  Finally I did find an Azymuth record for only $1.99….because there is a serious scratch thru the first two tracks on one side.  Still worth it for that price to get the remainder of the songs.

When I was loafing around looking for some other consolation prize, I did come across one of the 3000 series records I had been seeking - on display for a hefty price. 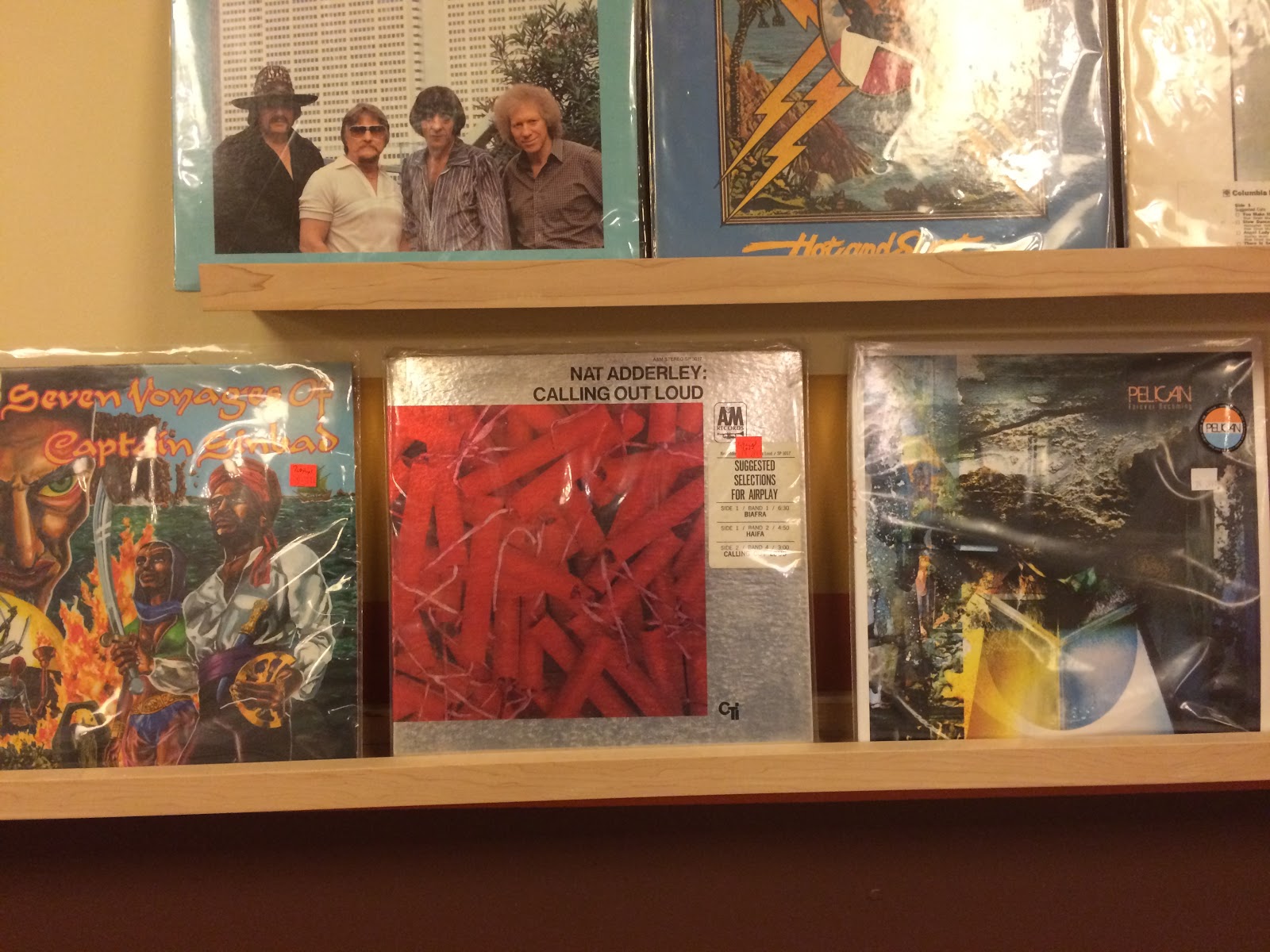 It may even have been a promo (I'd have to see the center labels to be sure).  A quick check online shows it to be somewhat reasonable and around market value, apparently it does hold some kind of rarity.

I was disappointed on a few topics regarding the arcade.  First, the lock was gone and the door was wide open.  The idea of it being a secret room to which you had to earn admittance was fun.  Second of all, they let two marginally attractive girls play without buying anything (or even looking), obviously on the merits of their appearance.  Last of all, Missile Command was out for repairs.  I did chat briefly with one of the fellas behind the counter and he assured me that my interest in the missing stand up did hold water for the management and they would bring it back ASAP.  Hopefully on my next visit they also have some better records to boot - or I will buy that Nat Adderley record on the wall!

I wandered over to the Fireside Bowl and was pleased to find hipster levels low.  It provided the quiet room I needed to take down a few more pints before I headed up to River North to catch some shut eye.

The next day I woke up and chowed on a giant apple fritter and some java from Glazed and Infused while I waited for Jazz Record Mart to open. My biggest memory of my previous visit there (again, one year ago on the last birthday) was finding 'Isreal'….I hoped to fulfill the unfulfilled plans gone stray from Logan the night before regarding my long running CTI collection.

The bad news is that this did not happen.  After sitting outside for about 30 minutes, I was the first one in and remembering the layout I moved quickly to the rear of the store.  I did not take long before I felt a strong sense of deja vu; harkening back 12 hours to my hunt nearly gone awry at Logan Hardware.  But not for long.

While I found nothing in the 'A' jazz bin, I did find another Azymuth (this one without scratches) in the 'Latin' bin.  A few minutes later, I scooped an offensively placed record - the debut from Baja Marimba band.  This too was in the 'Latin' bin, no worse place for a bunch of white Jews dressed as Mexicans, no matter how likable the music.

.  With six new records over three stores in less than 24 hours - good enough for me! 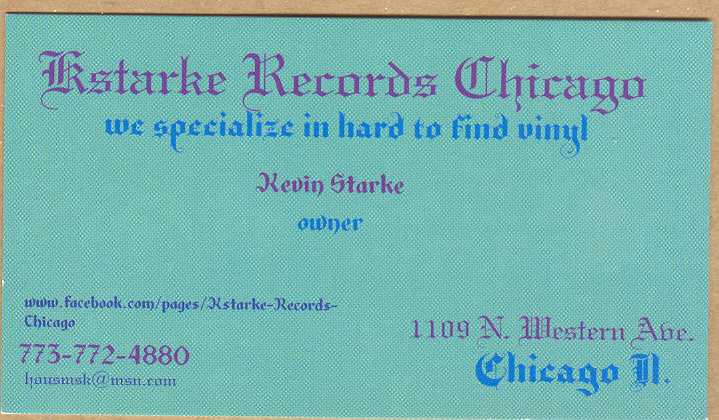 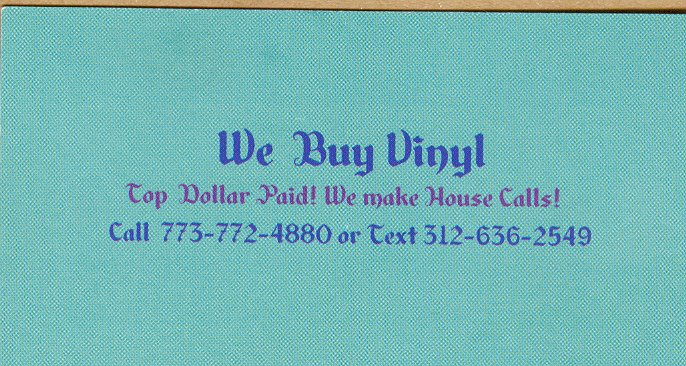 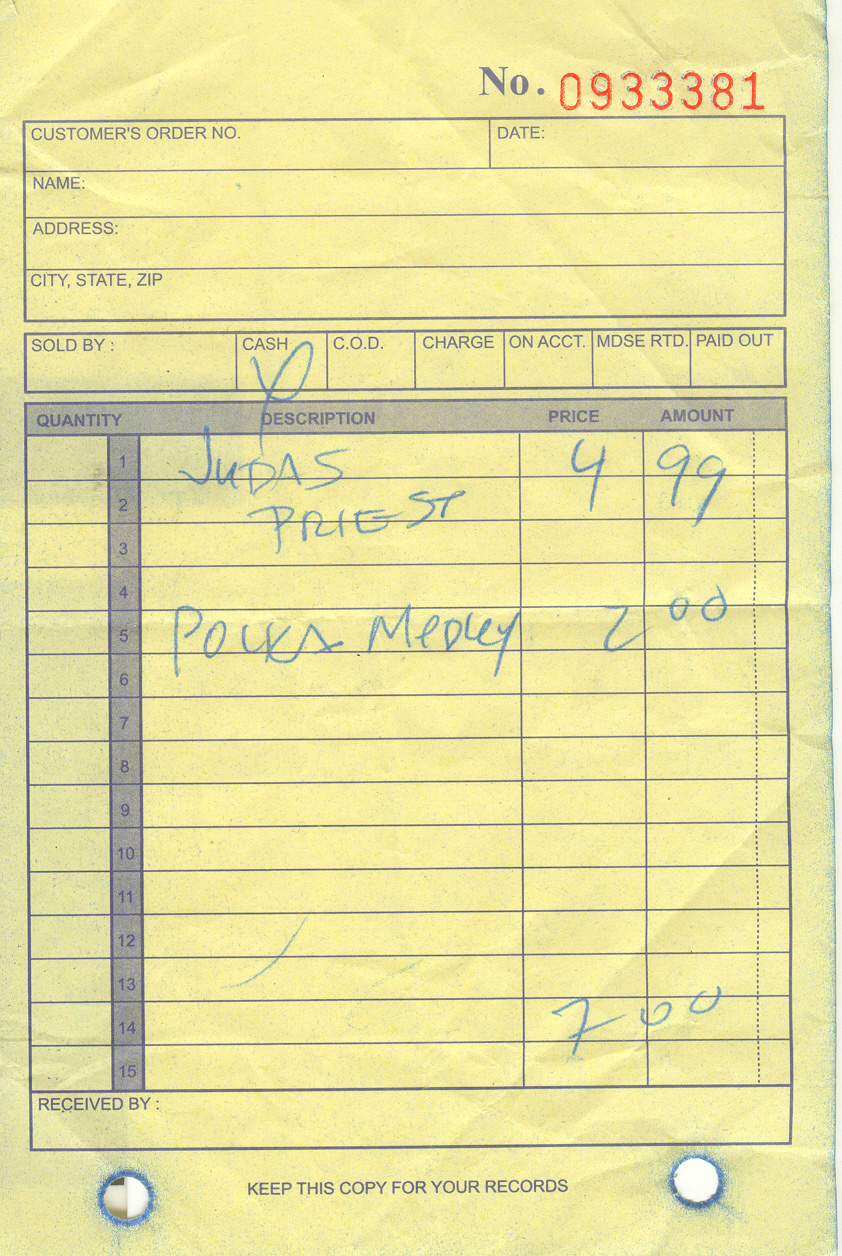 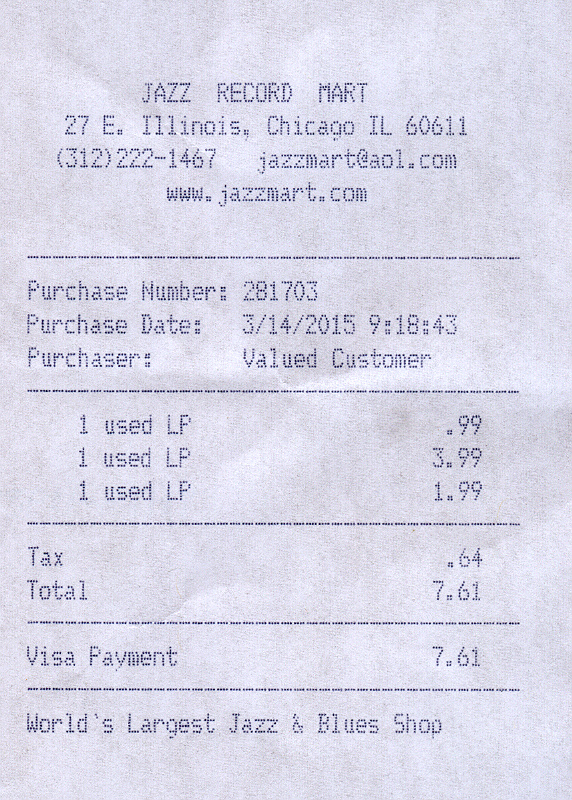 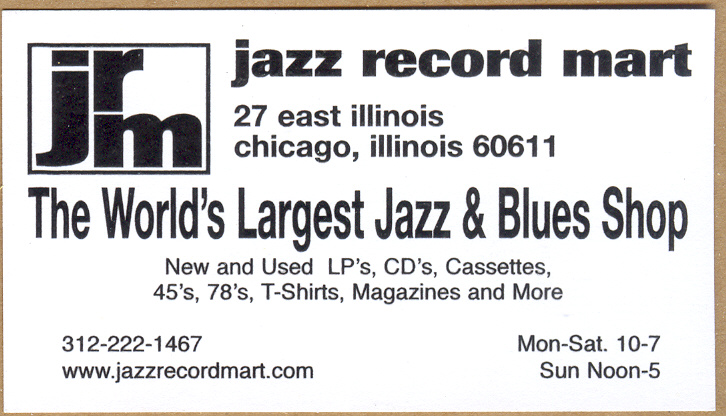