As often happens to collectors of all sizes and shapes no doubt, after my first visit to Oak Park Records (or should I say my first successful visit) I left a record behind, and it ate at me.  At the time I wasn't sure if it was legitimately rare, or if it was something so common that I had overlooked it.  I did some research when I got home and instantly knew I had to have it.  Well it took about 6 weeks but I finally went back and thank god, my record was still there.

The last time I had been in the area, I had walked by an odd thrift store.  It is a giant mansion of a house, which has been turned into a multi level thrift store.  The Economy Shop is only open a couple days a month and they announce it in advance on their website or via email should you be on their list.  I had begun to think that I wouldn't get there until the spring.  When their next sale was on a weekday, even with the notice I'd have to take the day off of work.  And while a bike ride to Oak Park is great fun, it is no fun at all in this weather.  As I rode the train, I somehow remembered that I had just deleted the newest notice a couple days ago.  I navigated to my 'Trash' and found it - the same was going on that day! 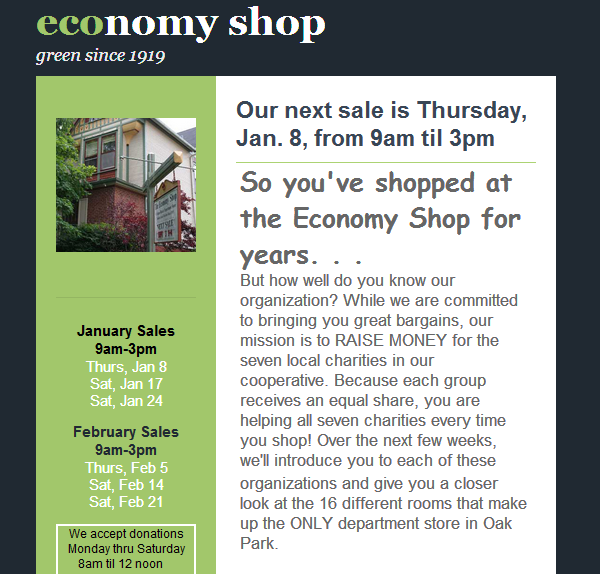 I checked the time and determined if I moved fast and everything went right, I would be able to stop at Economy Shop on the way and still make it to Oak Park Records before they closed. 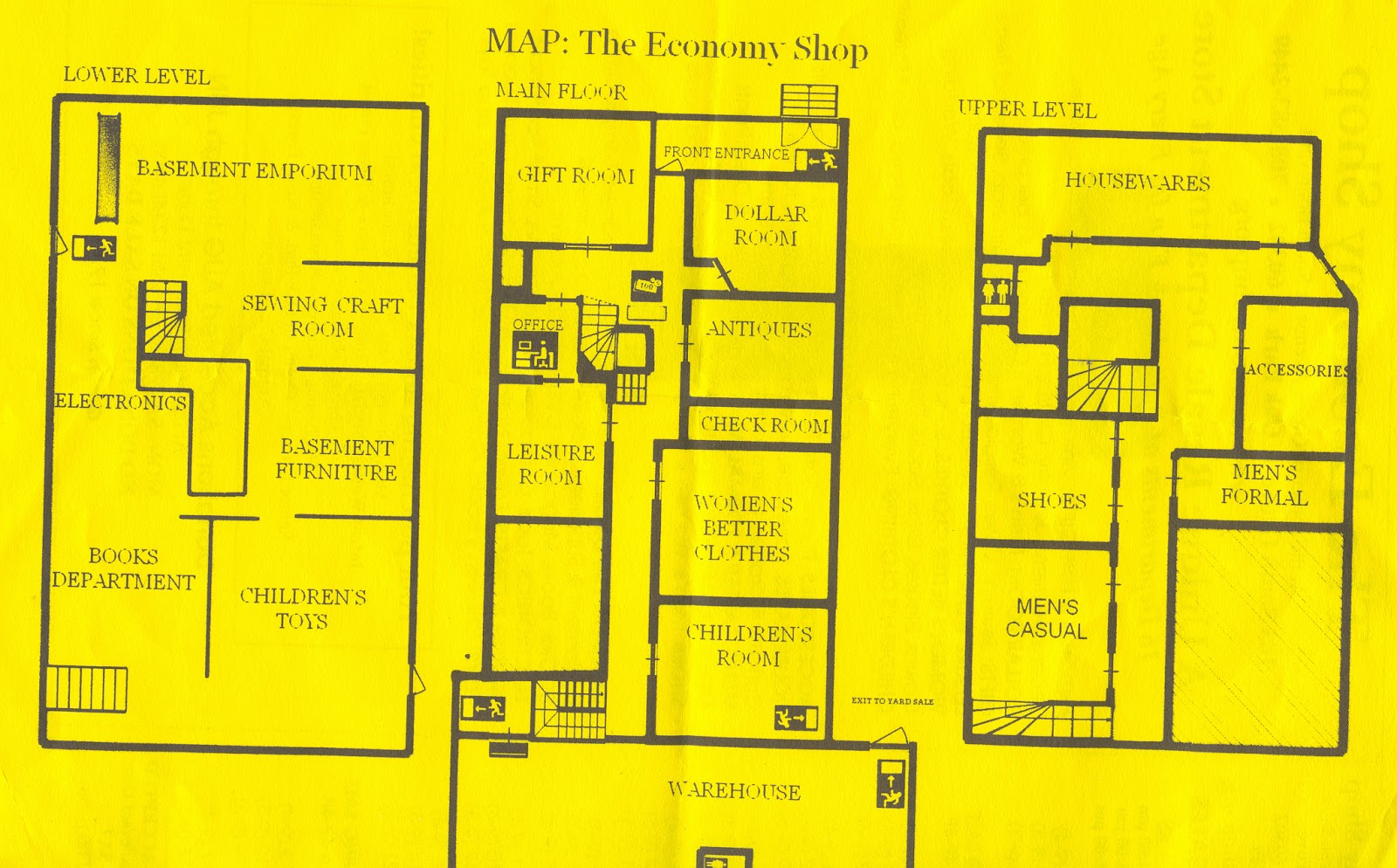 I entered the building and was immediately intimidated, I had no idea where to start.  I glanced at a map they had at the front desk and saw the books were in the basement so I headed down there - records are very often near the books everywhere you go.  I got down there and realized even the basement was comprised of a number of different areas; I asked for assistance and I was pointed in the right direction. 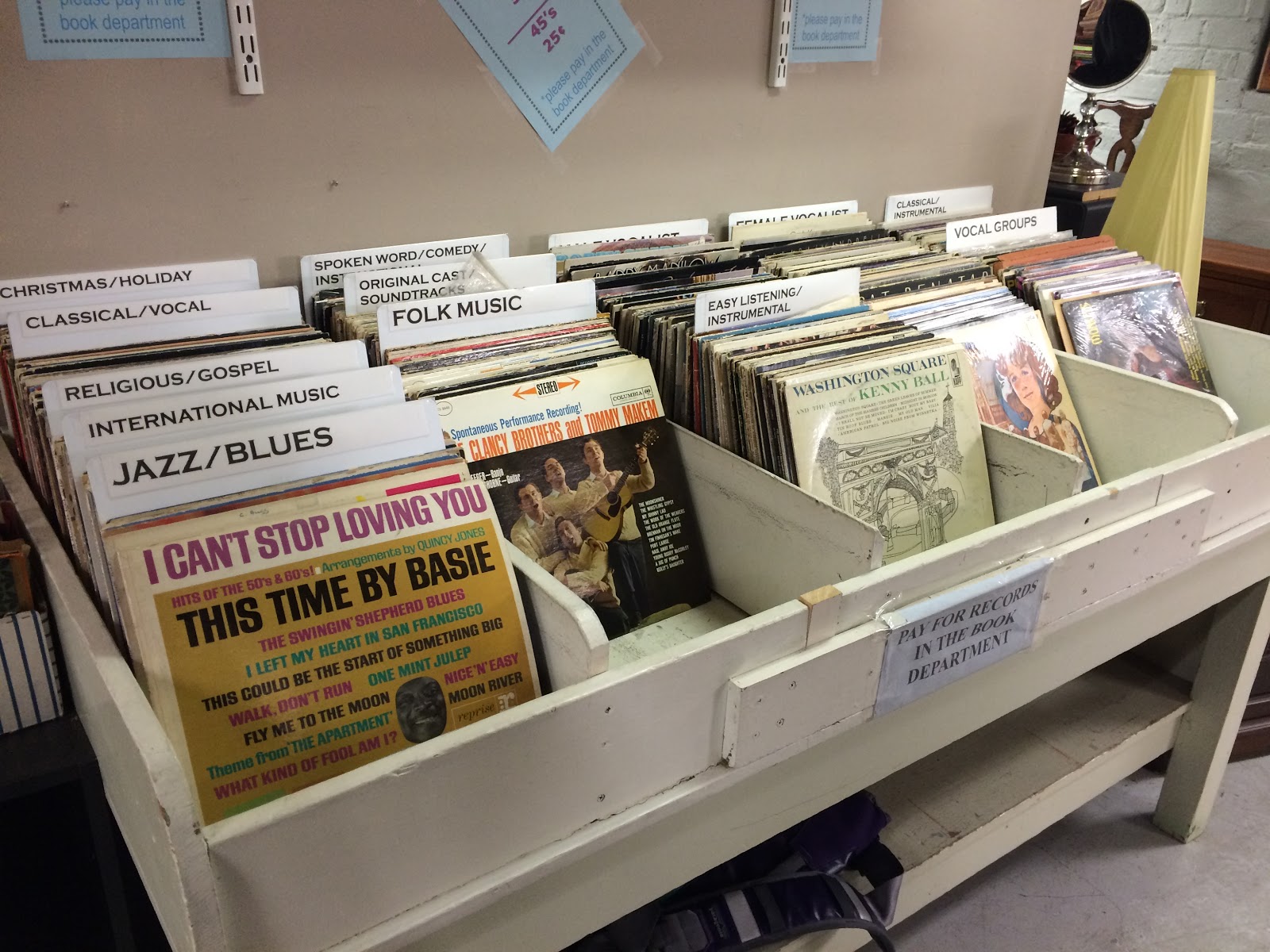 I found a wonderfully large bin, meticulously organized with a couple shoe boxes of 45s off to the side.  I was in super hunt mode so I flipped through in a way that only my years of training could allow - Oak Park Records is notorious for closing when they feel like it and I was not about to let my entire impetus for coming down here be destroyed - I had to go get that record! I spent about half my hunt with another guy at elbow length.  I can't fairly hold that against him but the guy was literally taking out like every other record and putting it into a pile, he must have grabbed 10 or more.  I even went through every 45...in the end I found almost nothing of interest but settled on a copy of a an old Gord album to satisfy myself.  The first song on the flip side is one of my favorite Gord deep cuts.  I paid 50 cents and moved on.

I skirted into OP Records and made a bee line for the jazz section - alas my holy grail was still waiting for me! Not only that but its excellent musically.  Music aside, Pat's brief introductions and general banter between songs is exactly what I expected from him based on interviews and such.  It's just a great record.  Ecstatic to own it.

I still had some time so I kept on rooting around in the place and came out with a stack of great vinyl.

Top Twenty Barbershop Quartets Of 1982
The only other LP I picked up.  According to my entirely independent research, it looks like in 1979 the S.P.E.B.S.Q.S.A. changed from a top 10/single LP to a top 20/double LP system.  This one I am specifically excited about because it contains Center Stage (who finished second that year).  This is truly a great speaker checking album.  Not only is this great music, but it is live and seems to be a top notch recording.

Then I grabbed a stack of 45s:
Ipanemas, The - San Roque / Valsamba
I noticed the label first and recognized it as the people that put out one of my favorite funky fusion albums of the 90s (which I discovered aurally in another record store).  Upon a closer look, there was another link - my man Mamao on the drums.

Tom Jones - Tom Jones Sings
Promo only release I knew existed but could find almost nothing about in terms of info or a picture.  I did not know it was even a promo until I held this in my hand.  Cannot believe I found this, especially when I found almost zero other Parrot stuff out of 100s of 7"s.

Joe Jackson - Steppin' Out / Chinatown
I could not resist the perfect little picture sleeve on this one.  The brash B-side is a nice foil to 'Steppin Out' - I've owned the LP that houses both for years.

Blood, Sweat And Tears - And When I Die
Positively one of my favorite songs ever - I was a bit disgusted however that this is a radio edit.  Couldn't resist it, in it's original Columbia generic sleeve.

Roger Miller - Do-Wacka-Do
...and same here, also in its original (Smash Records) sleeve.  I do not know the B-side and don't believe I have it on an LP (maybe its exclusive to the single).

I also scooped up a mint picture sleeve for my girlfriend.  She was pleased - ironically I also grabbed her the LP earlier this summer.  All in all, a more than worthwhile trip on a weekday evening. 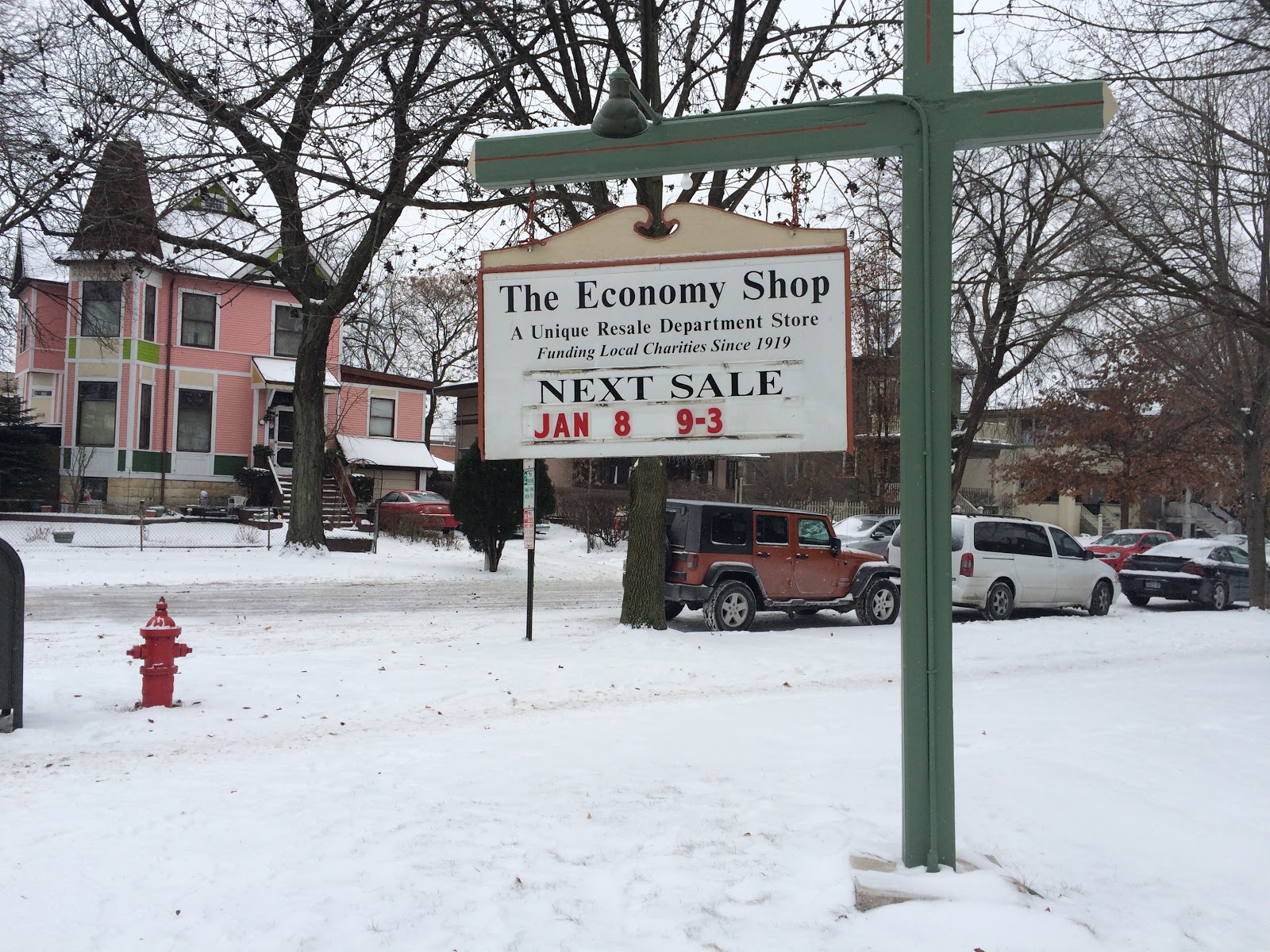 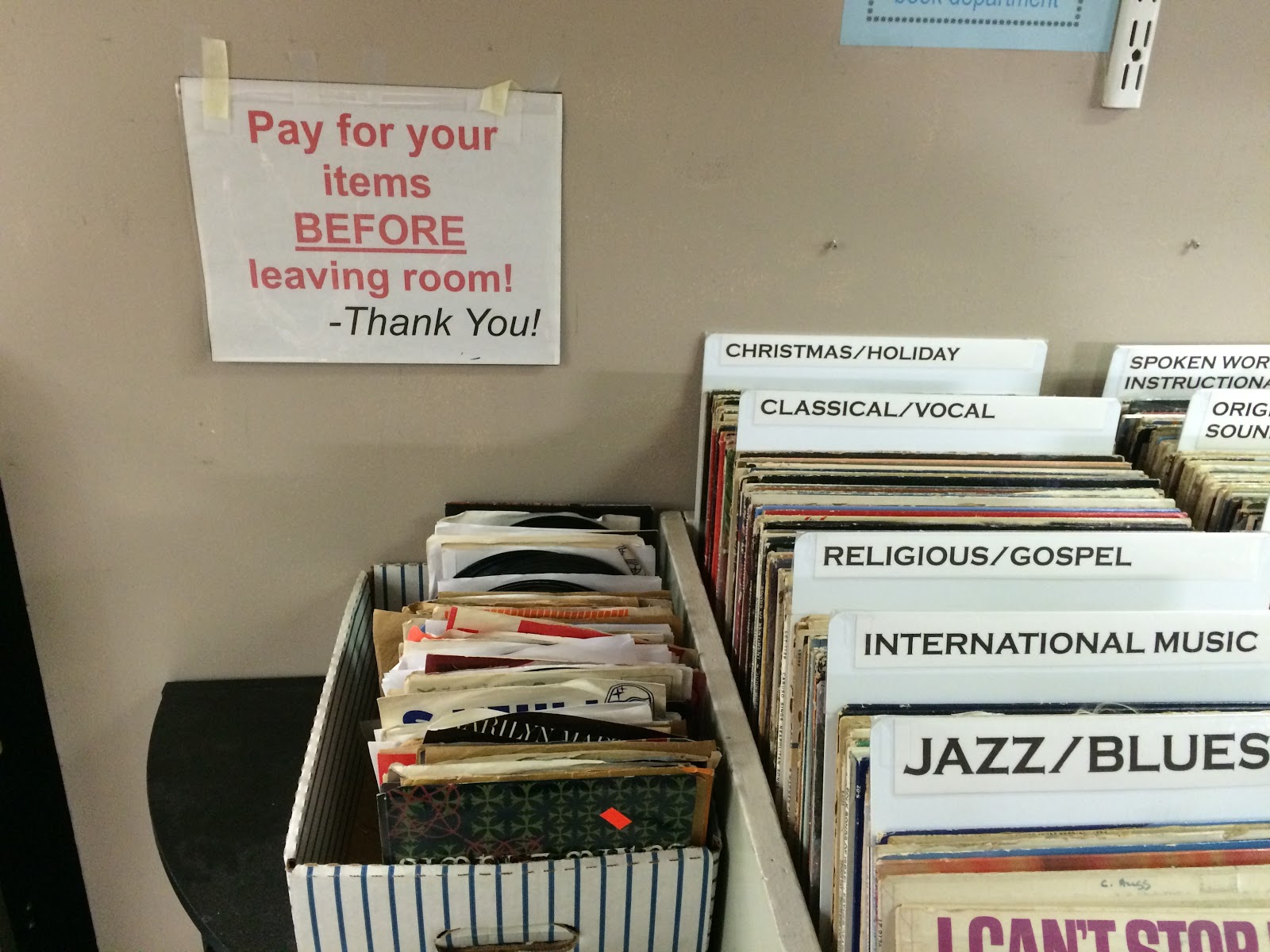 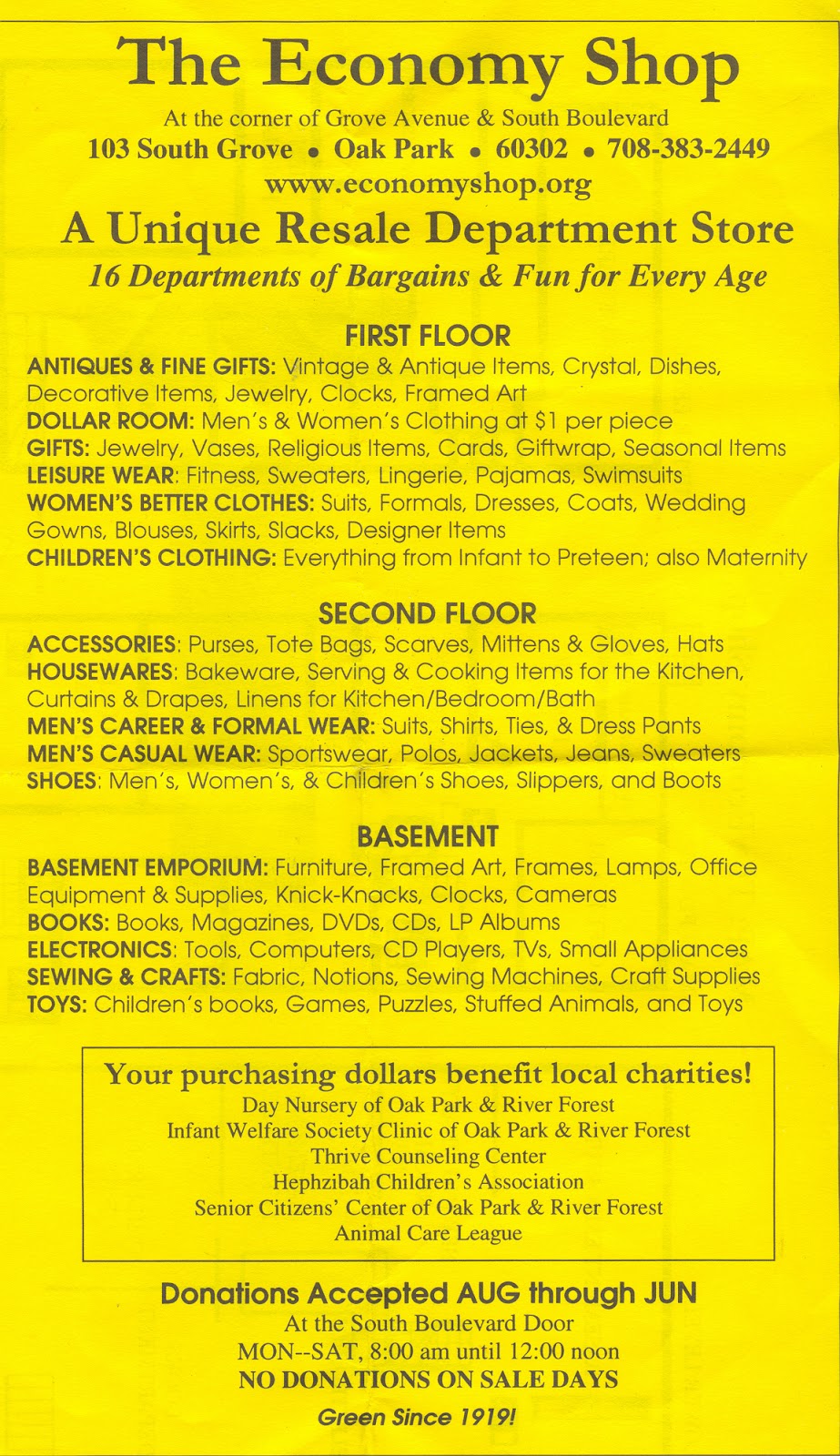 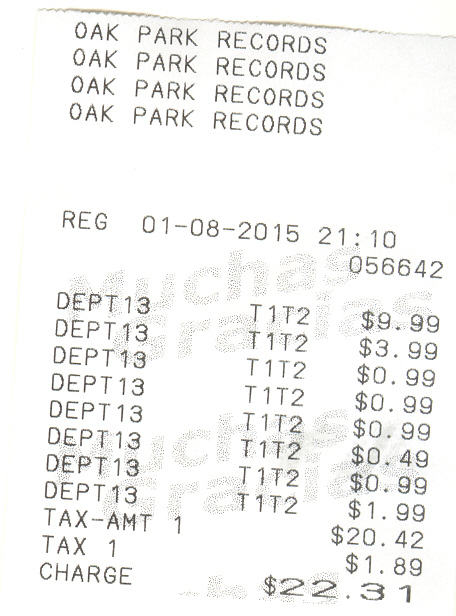