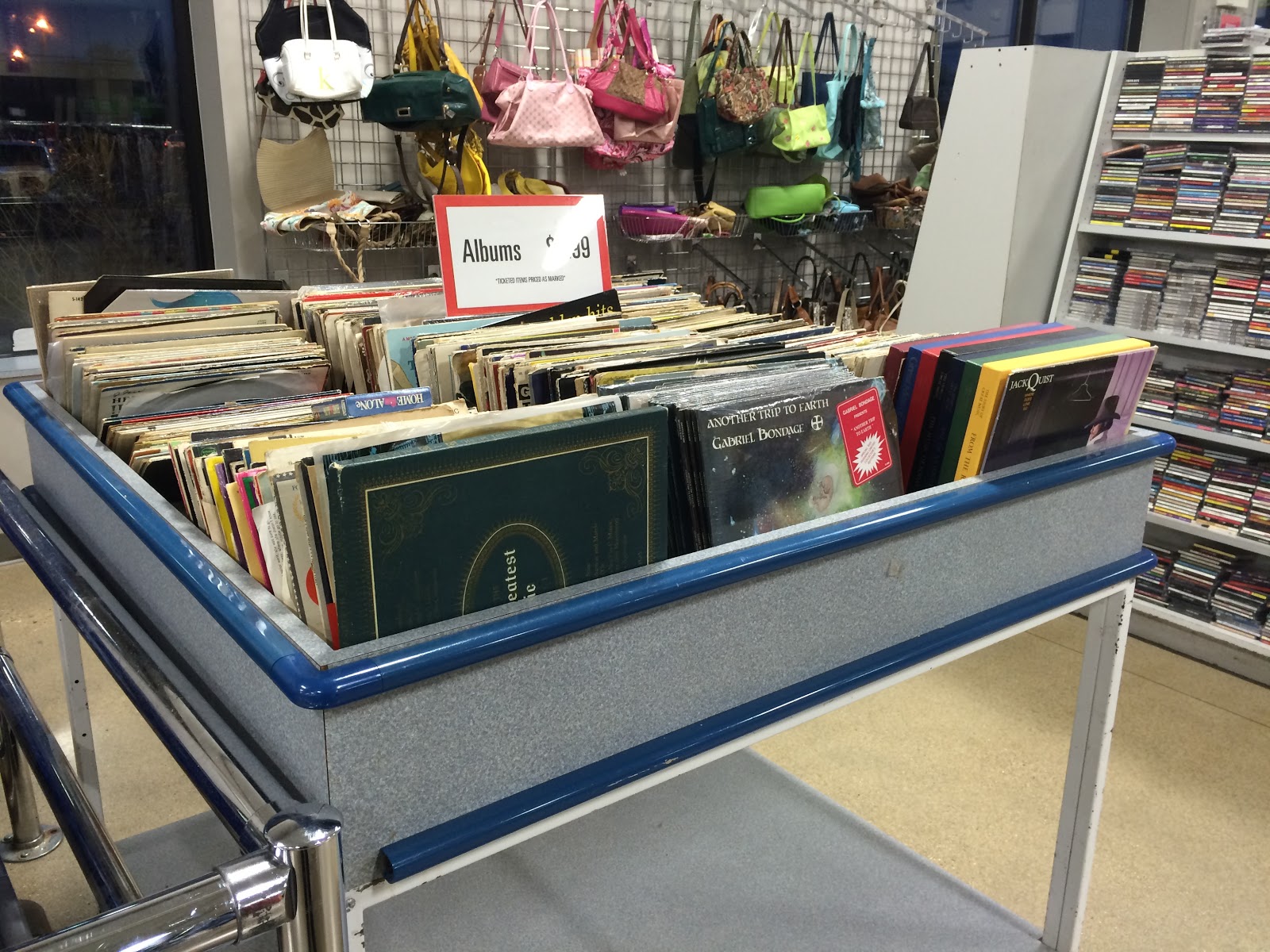 This is the 10th Goodwill I am blogging about and it has been a wild adventure!

No, that is not true.  It has been filled with records without jackets, jackets without records, jackets separated into two easy pieces (sans vinyl) and a multitude of religious recordings aimed squarely at no record collector who has lived since 1954. 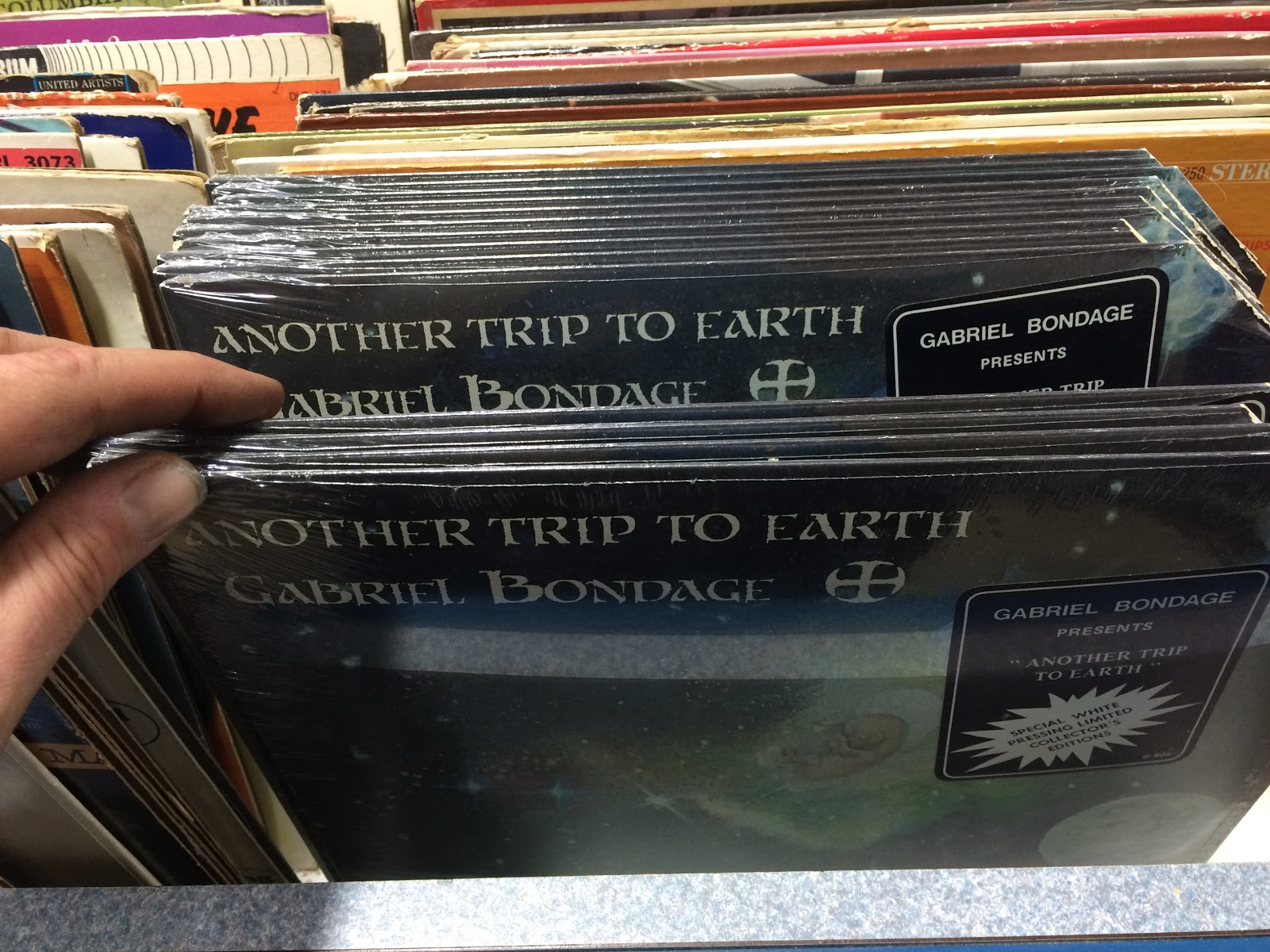 I was convinced that Gabriel Bondage was a religious act (while it may not be a crucifix, the sign of any kind of cross apparently is evidence of a crusade to this heathen) but I was incorrect.  Speaking as a musician who has probably 30-40 shrinkwrapped CDs in the basement right now, this is a painful reality which I laughed at in the store but now regret.  There was another stack on the otherside of the bin, had to be at least 20 all told.  It is hard to read here but the sticker on the front advertises that this is the red vinyl - pretty cool for a record released in 1977! I've seen the band/album in my cursory research described as progressive/symphonic rock.  The latter interests me not at all but the former (especially considering it is a local act) would have been plenty reason to purchase.  If I find myself back out that way, I'm grabbed a copy.

I found a number of Engelbert albums - all orphaned from the safety of their jackets, standard Goodwill protocol.  The 'Red Album' was all alone, and 'EH' lied in wait inside of 'A Man Without Love'.  I did not even check the copy of 'Release Me' (besides checking if it was the mono version - it was not).

Speaking of mono versions - I did score the debut from Brasil '66 in that format; I've owned the stereo release for years.  The jacket and vinyl are a little beat but not ruined.  Well worth the $1. 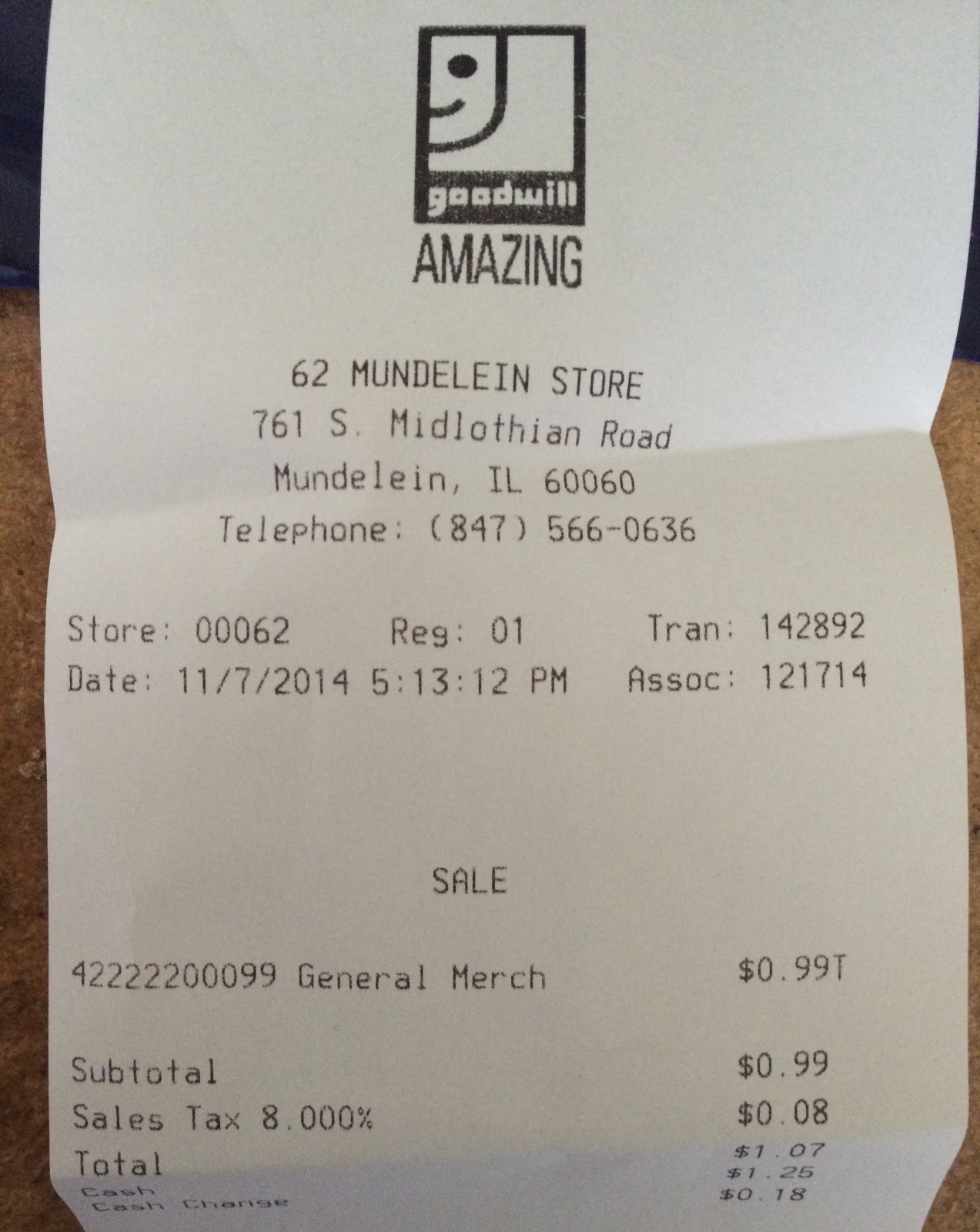