Last March I was visiting my folks and hit up a bunch of local thrift stores with my mom scavenging for vinyl.  Woke up Black Friday and shook off my hangover then got a recommendation (from my mom of all people) to check out a new resale shop called Wings in the area.  Well Salvation Army is across the street so we decided to add that to the journey, then hit up a few more in between as well.

One of the biggest Salvation Army's around, this used to house a killer grocery store.  I stop in from time to time but they don't rotate the vinyl often.  That being said, there is quite a bit of it so it is hard to ever go through it all unless you have help (as I did with my trusty sidekick girlfriend).  The main stop is a large bookshelf near the registers.  However, you have to go on your hands and knees to check it out and you then block a main aisle.  And as big as this place is, the use of shopping carts is commonplace which leads to a lot of "excuse me"'s and irritation from all parties involved.  That rack is largely filled with junk anyway and the records do not seem to have changed even one iota in the year plus I have been regularly stopping in.  We did find that the backside of the shelf has even more vinyl but it is even more difficult to access as in order to view it you have to block the aisle to the jewelry cases.

However in the back of the store there is probably 40-50 more records on the lower shelves of a big bookcase in the book section.  But the real motherlode (where almost all of our scores originated from) are some shelves in the back of the store where the new donations come in.  The area is like a war zone and we had to displace some furniture and other stuff to be able to get up in there but it was worth it.  I only found two Tom Jones records all day and they were both Parrot releases (the other one I already had) so I was glad to add to that sub-discography.

While not exactly chronological, there are three Billy Joel albums that fascinate me.  I dubbed my girlfriends copies long ago so I was content not to own them (silly, since I come across them regularly for pennies).  But after I got one for free through a unique circumstance, and I came across another in these filthy racks (a giant relic of my childhood, a piece of vinyl my mom owned) , I have resigned to owning them all.  One left.  To my two records, my girlfriend grabbed 5 of her own.  And prices were slashed for the holiday shopping season's inaugural day - 50% off. 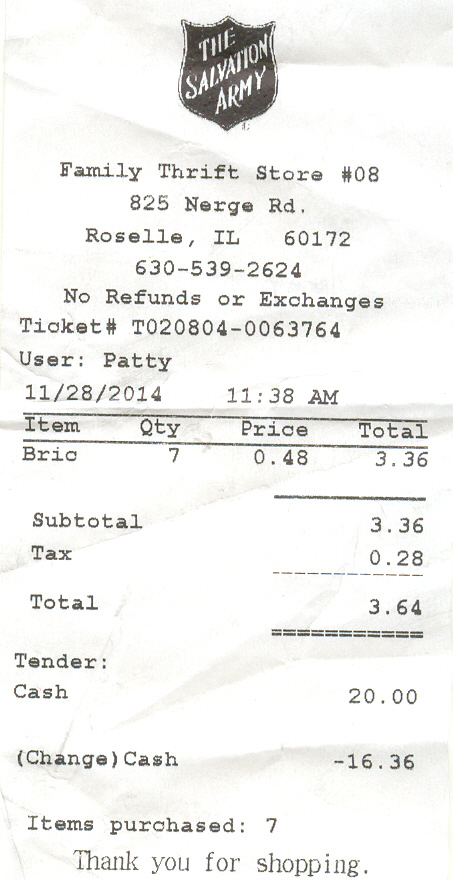 Next up was my mom's recommendation: Wings.  She said it was on Golf Road, then corrected herself after glancing at Google to find it was on Higgins.  She had recently made a donation and been to the store, it looks like they may have actually moved between the time she had visited and my own. 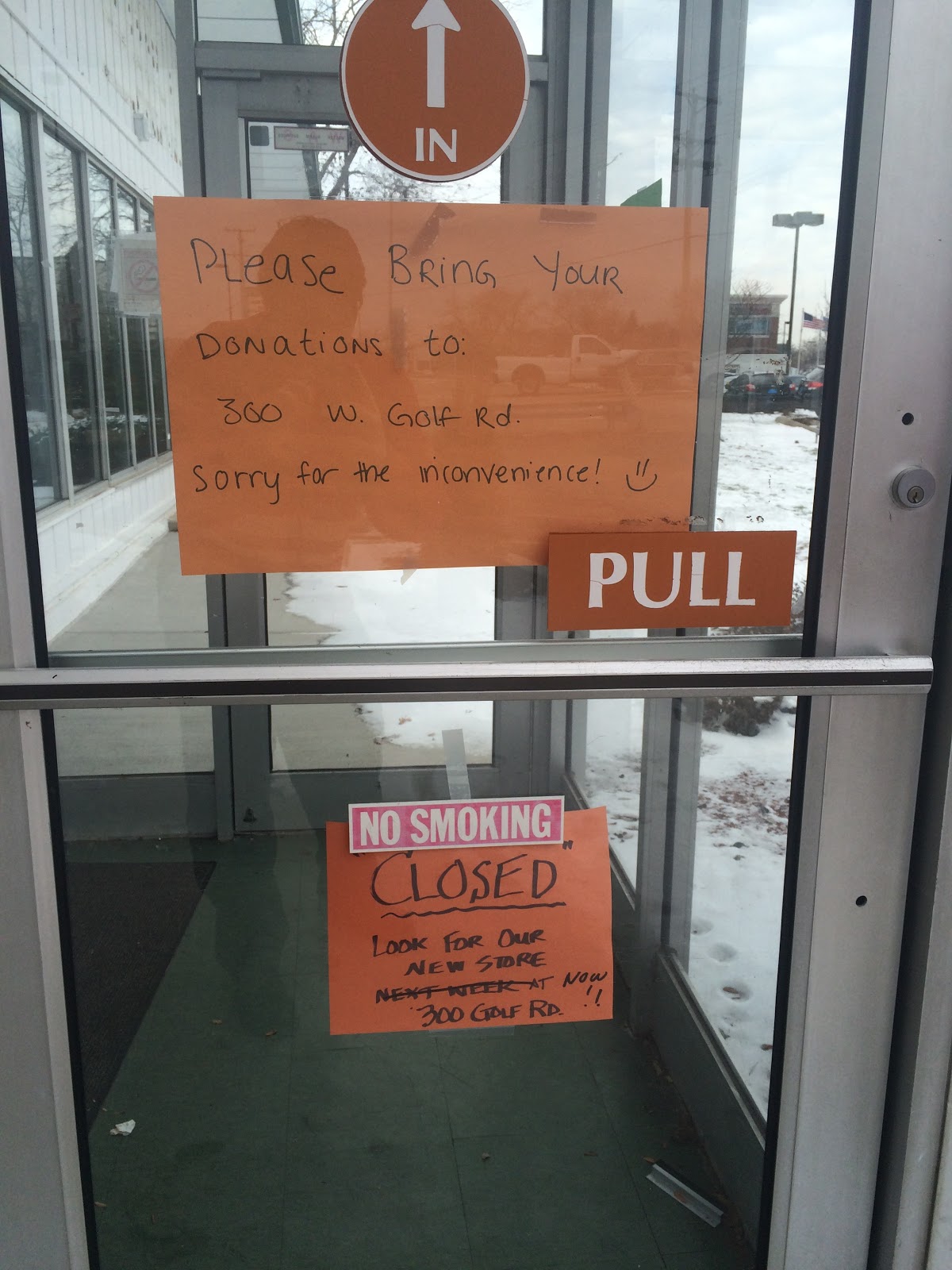 After turning around (it was less than a mile) we headed to the new location (and noticed a Savers on the way, through from the back we were sure it was a Goodwill.  Either way, it was then noted for a plan as our next stop). 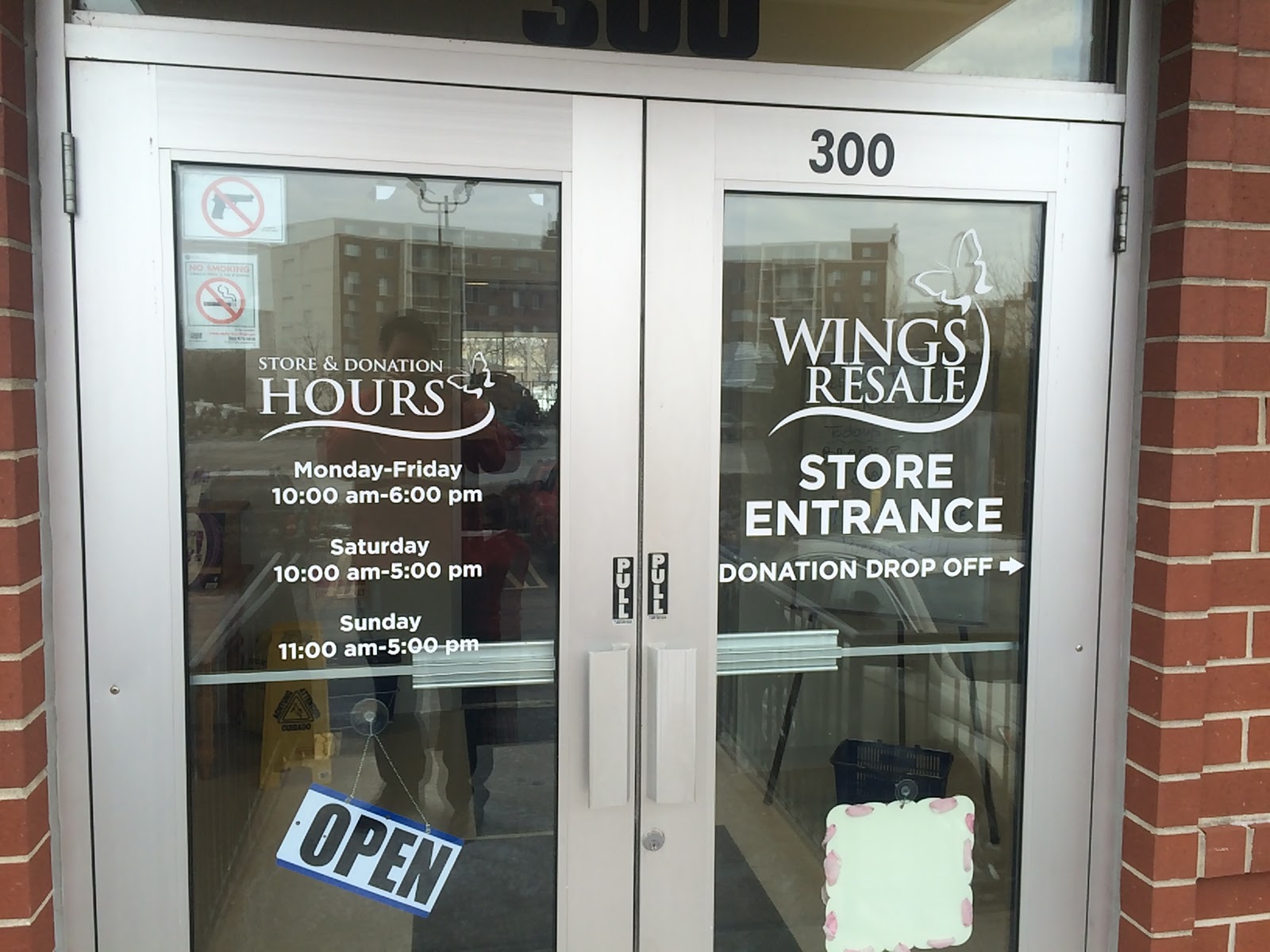 They didn't have many records, only one small bin, and it was unremarkable save a single release which had one of those covers that you ask if maybe it was a joke or a parody or something.  Turns out, it isn't. 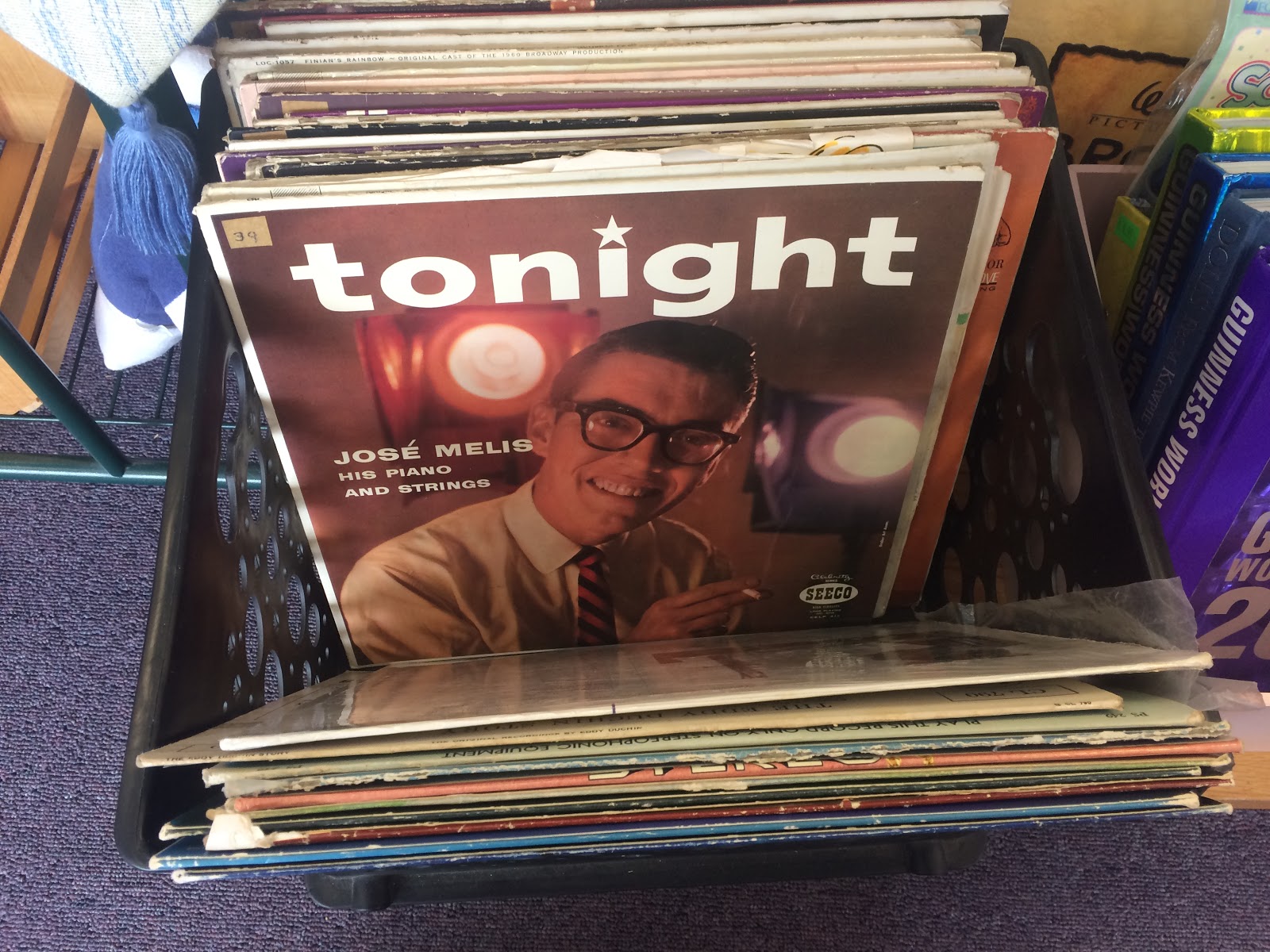 The standard 'Savers Bin' (wire plastic coated wire) was in full effect and the only thing worthy of note was an easy decision.  I have been doing substantial research on barbershop quartets since I found my Center Stage LP  in Kentwood a few weeks ago.  In that post I commented that I regretted not buying it - well that feeling was so intense I had a colleague who lives in GR go in there, buy it, and ship it to me.

As can be seen on the reciept, I also picked up 3 more (they had 6!) of the books from the late 70s Time-Life 'The Good Cook' series I have been working on for a long time.  The calm of this store was soothing in comparison to the madness at the S.A. a few hours previous.  Still, we felt 'the madness' setting in and we decided to call it a day after just one more store.  I took at look at the GPS and we decided on the Kenneth Young Center as it was on the way back.  There was a Disc Replay in the same mall as Savers but we decided that thrift stores are way more fun that record stores and decided to forego a stop in there. 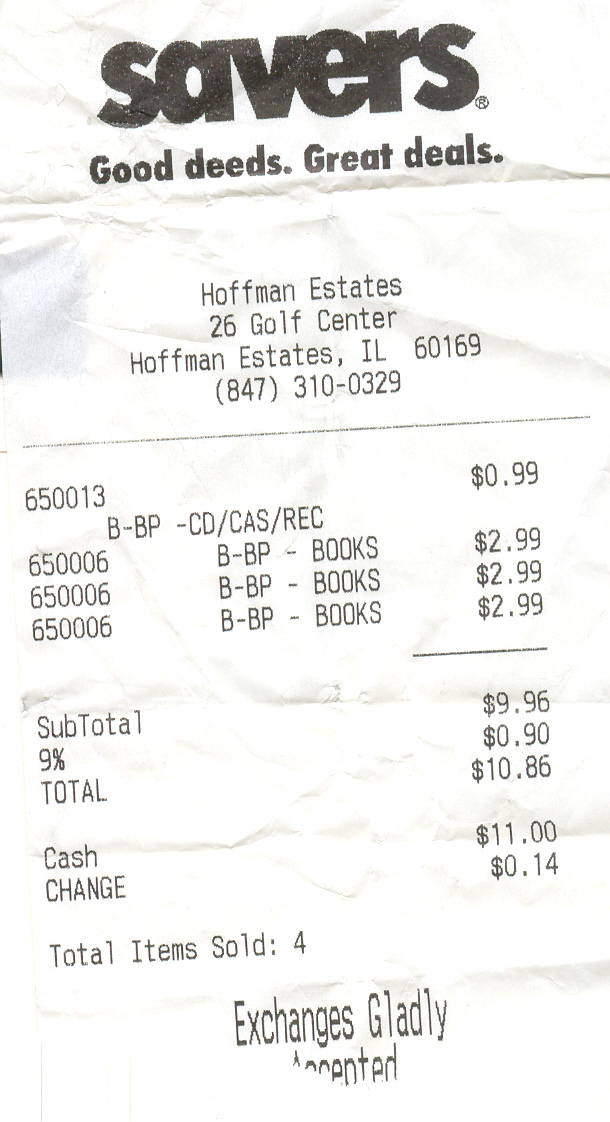 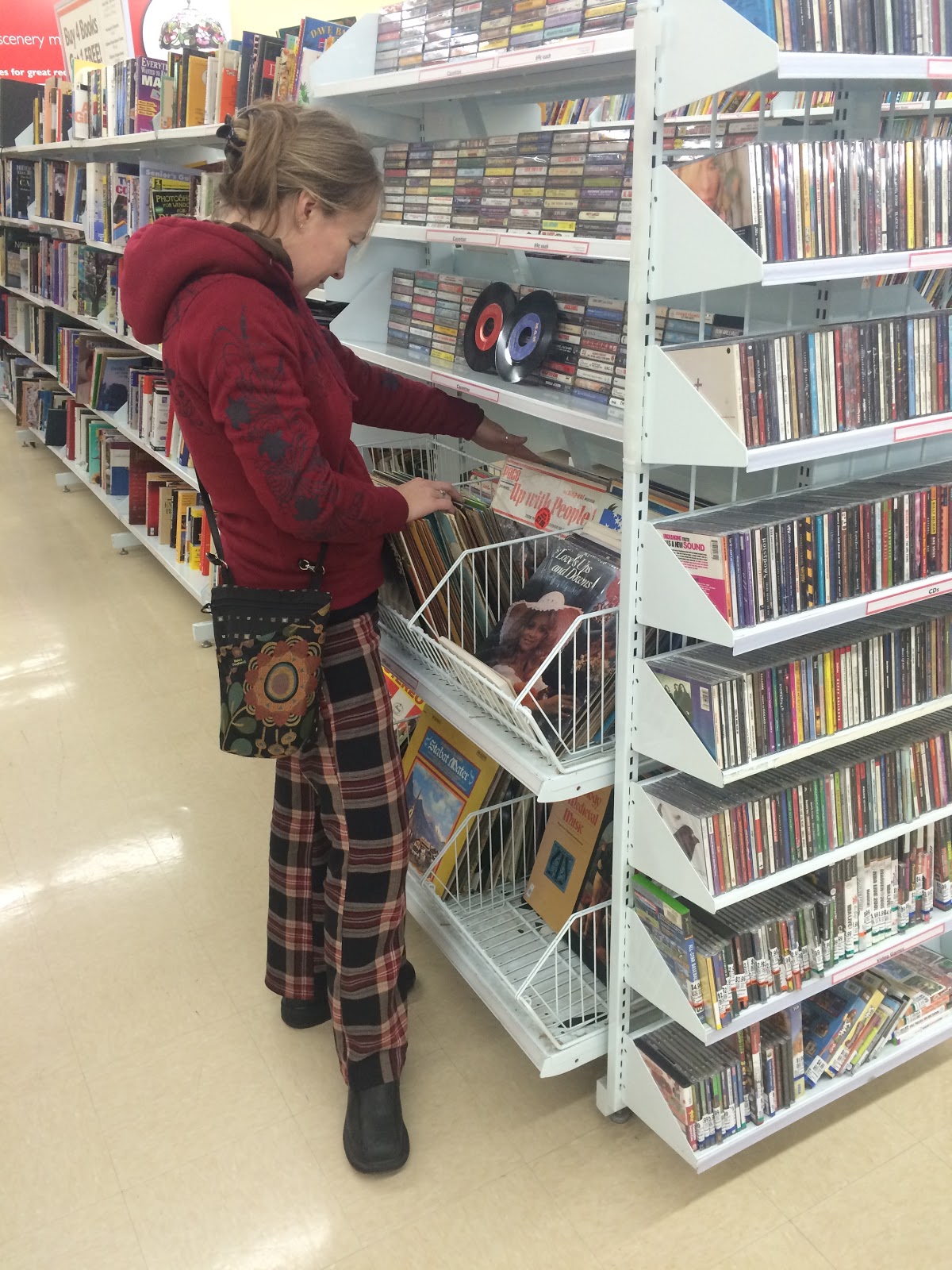 As we headed down Roselle Road I continued to inspect the many strip malls in the area, as so many looked familiar from my last circuit in March (linked at the beginning of this post).  They all looked like candidates but when I peered more closely everytime I struck out.  But then I saw The Shelter and remembered this one - I had picked up a nifty A&M comp last time (though I defaced it trying in vein to remove a sticker from the cover) so we swung through. 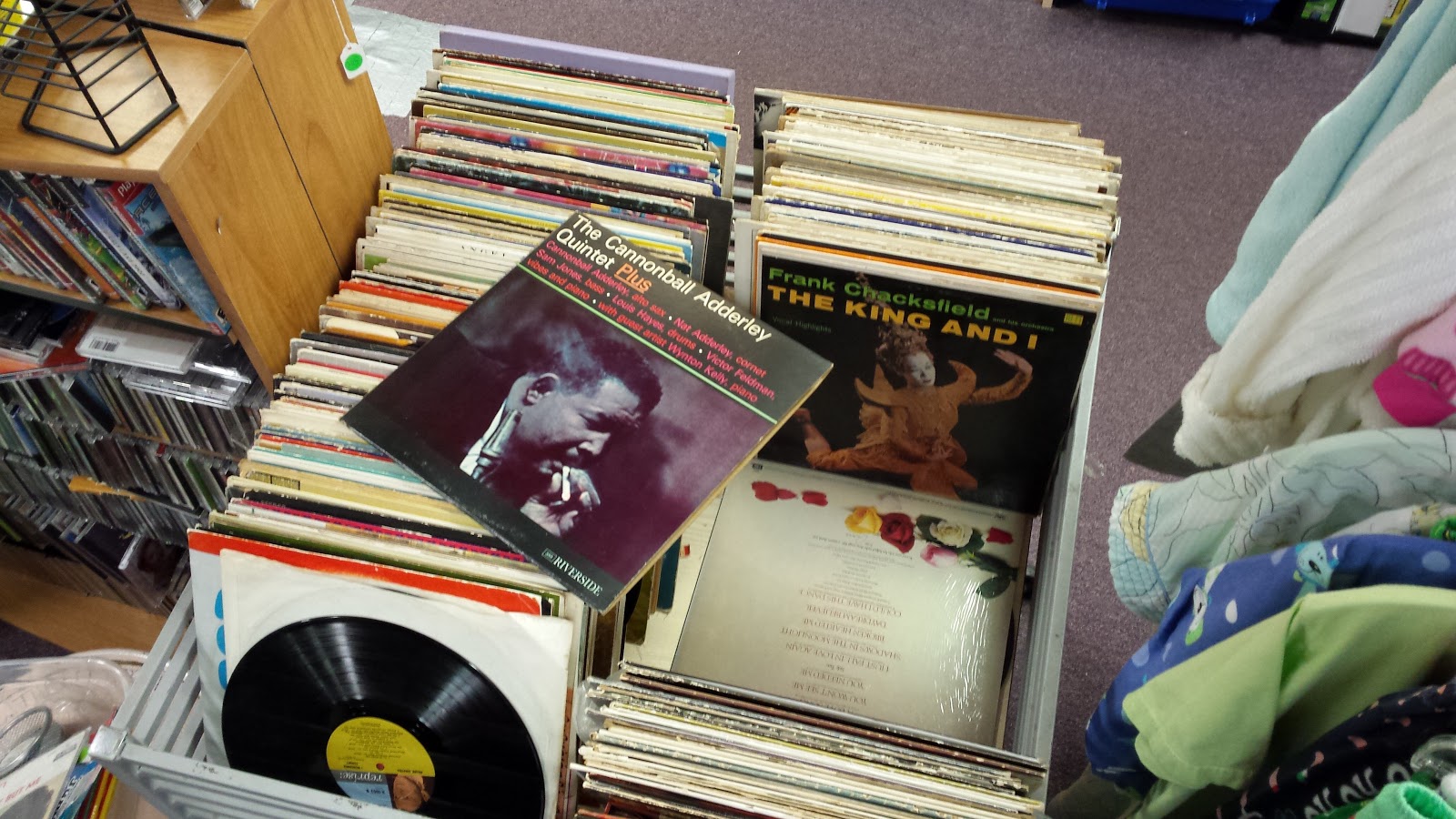 It paid off because while I did find a record here I found nothing at our eventual destination at Kenneth Young.  This is the second Riverside album I own and the condition was so good on this one I was convinced it was a reissue.  It isn't and it is excellent.  Ironically it is neither of the brothers that attracted me to the release (besides the label) but the man on the vibes.  He actually plays on both albums, though piano on the former.

A nice haul of records on a great day to spend doing...not much. Happy Thanksgiving!