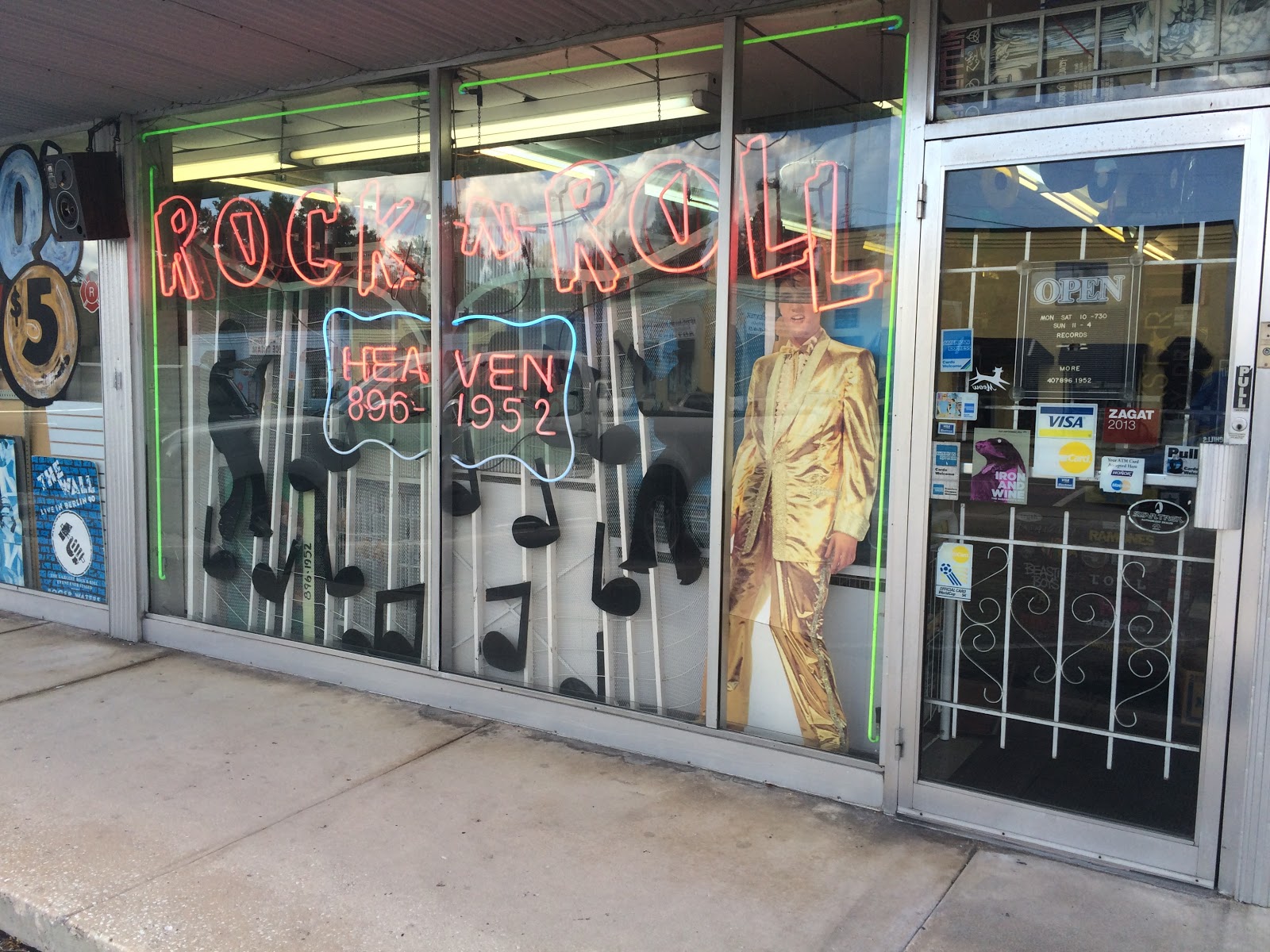 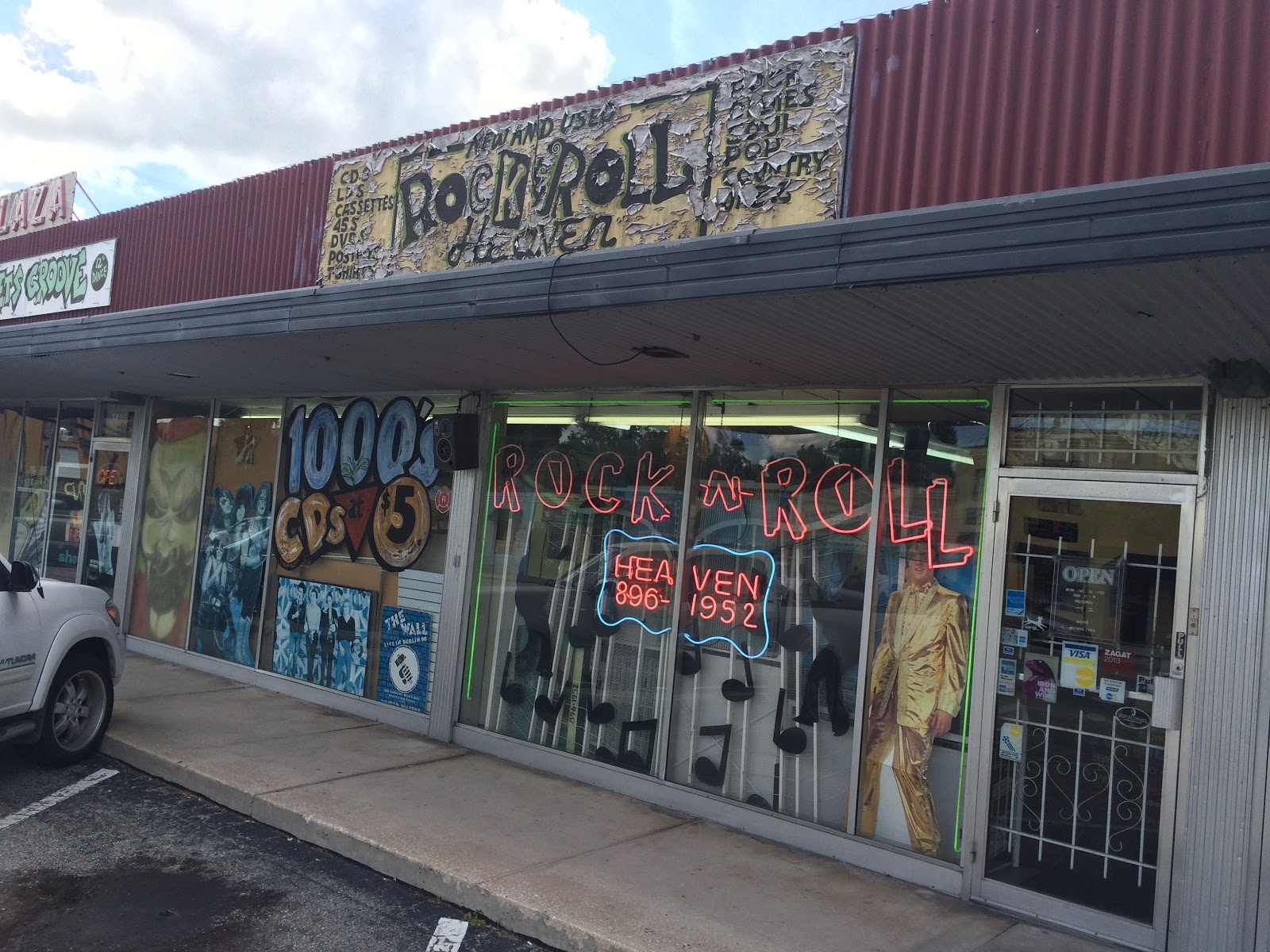 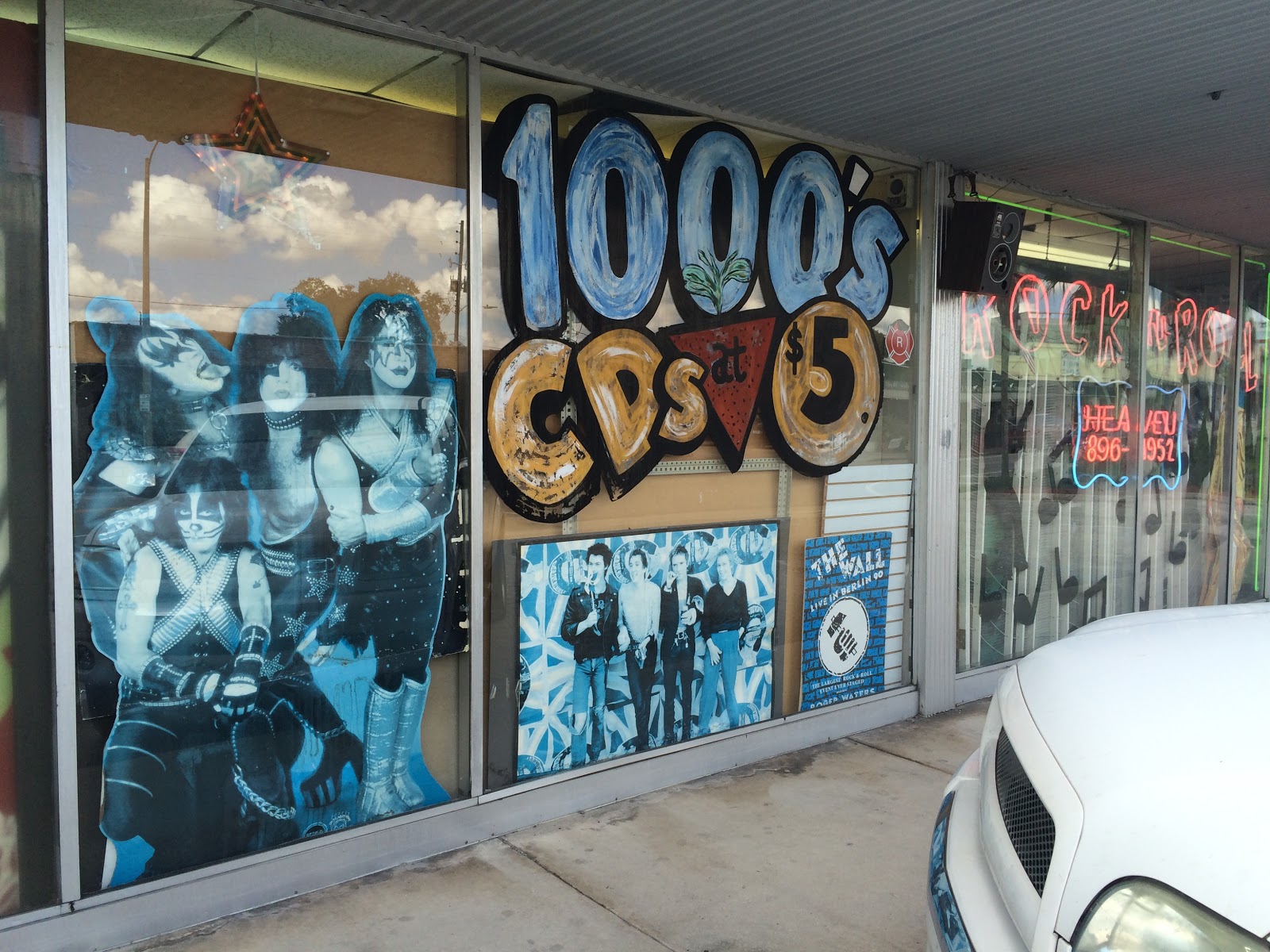 Continuing back to my point of origination on my record store bike tour of NE Orlando, I finished things off at Rock N' Heaven.  The outside decor was eyecatching to say the least but offered no glipse of what was inside.

When I entered I found a large store with many racks of vinyl.  A second room housed some Latin, hiphop, dance, etc... as well as a CD player pumping out 'Rappers Delight' replete with many, many skips on a badly damaged disc.  I did find a nice copy of a Bossa Nova classic but passed on it due to price.

Once I got the lay of the land, I went to the 'A' section and started to make my way through.  I did not have to go far to find the answer to the question posed by the potential client at the store I had previously visited.  At Retro Records an elderly man had been looking for Acker Bilk - and here I found a couple releases immediately.  Wish I had a way to contact him.  I told the tale to the two proprieters there and they laughed and educated me on Mr. Bilk's (apparently how he prefers to be addressed) biggest hit, 'Stranger On The Shore'.  They assured me that I knew the song but indeed I do not, upon a review of the track.  Andy Williams also did a rendition with lyrics which I will have to give a listen to.

I continued through the alphabet until I reached the 'H' and found another large trove of Engelbert.  I wish I could only find such a selection locally back at home! I passed on the delicious selection as most of the releases (some sealed, some imports) were not cheap, yet still reasonable considering their condition and rarity.


I continued to encounter 'high end' prices on some nice releases around the store and I began to dig into the country section.  I was about to try to be contented with my 'consolation prize' of a 60s Glen Campbell album when I found a very odd Roger Miller record that I have never seen before.  I wasn't sure if it was a compilation or what but for $10 I scooped it up.  It turns out to be intriguing indeed as it contains none of the humor and lighthearted material (or even vocal delivery) that Rog is known for.  Still, it contains a number of interesting renditions of tracks and works well as some relaxing music for a quiet night.

I ran across that Glen Campbell record again recently and it continues to haunt the completist in me as it uses the same cover template as 'Wichita Lineman' and 'Gentle On My Mind'.  I passed on it a second time but I will not on the third.  Looks like there is at least one more with an identical layout.

But country classics aside, Rock N' Roll Heaven is a clean well kept place that I recommend and will be returning to next summer! 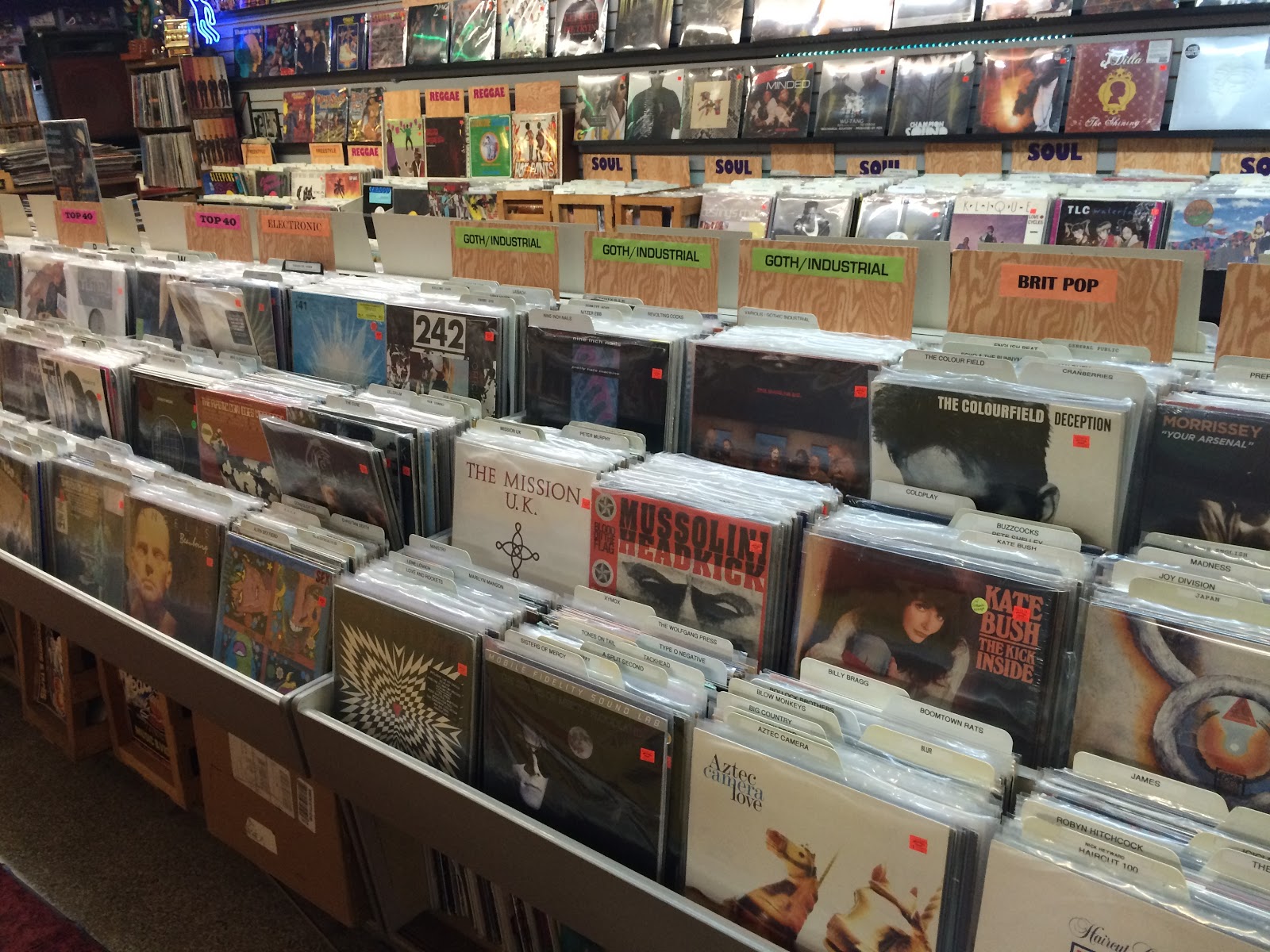 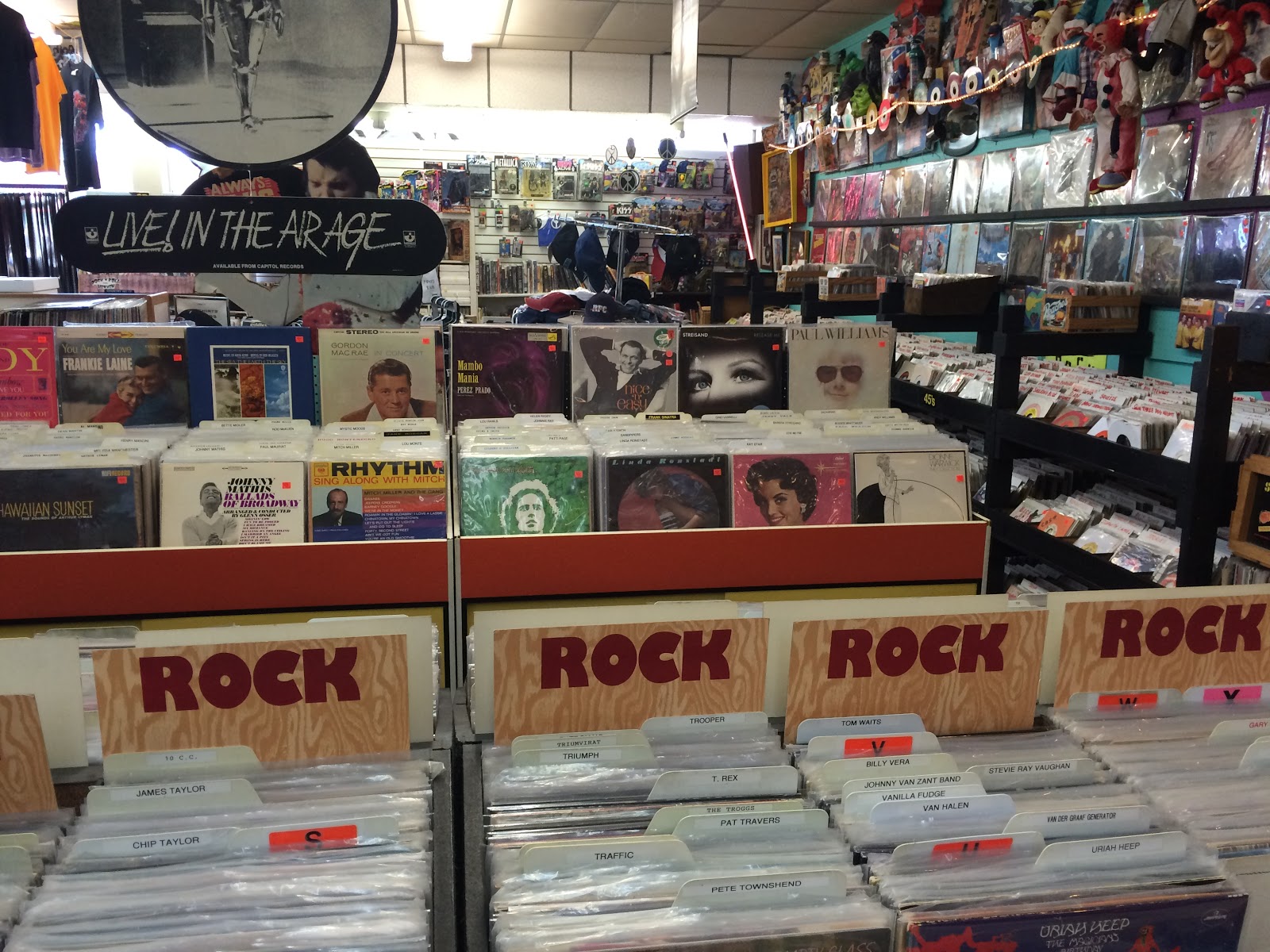 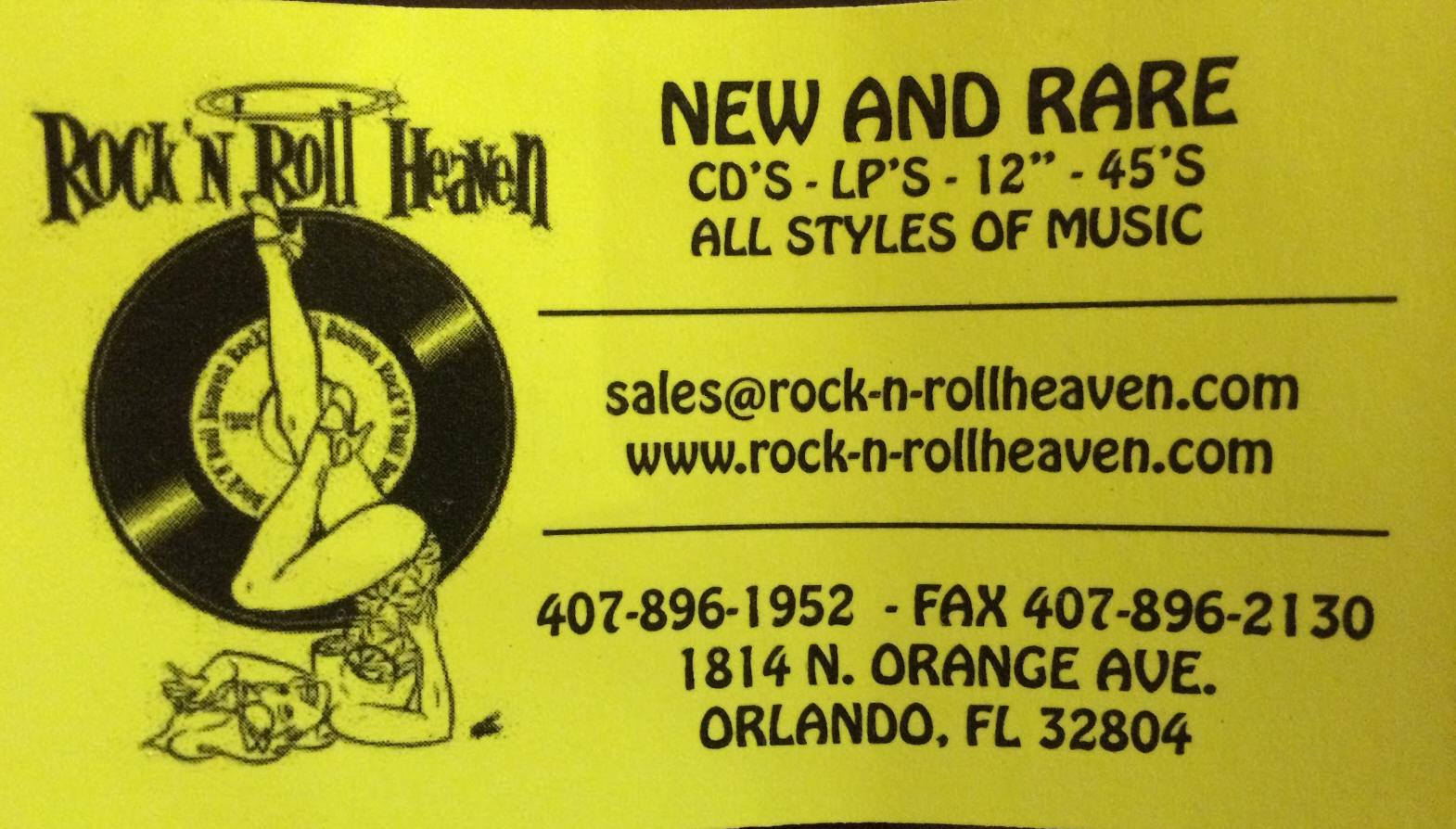 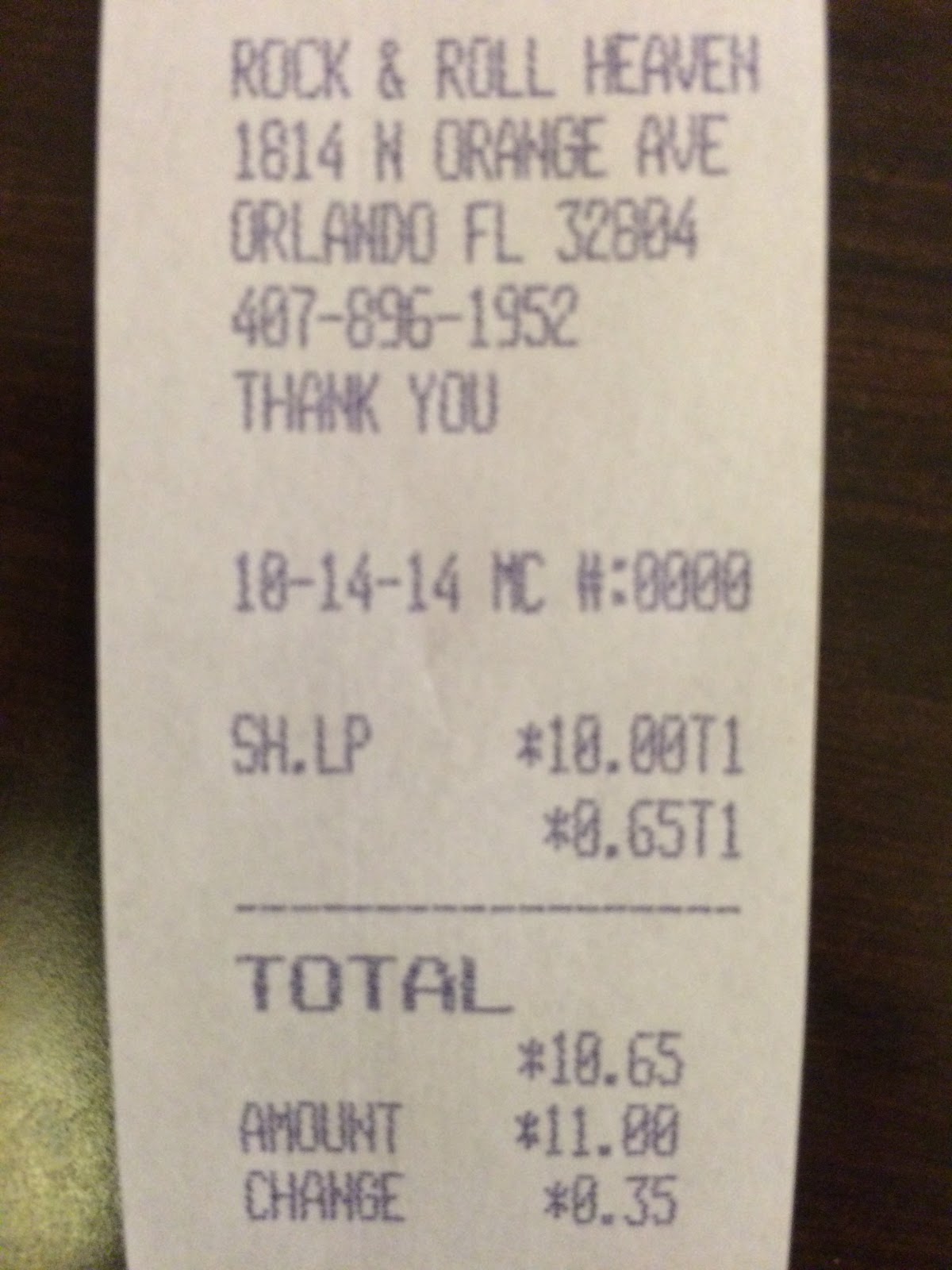