When I constructed my turntable flight case stand, I had the thought to integrate speaker stands.  I was very proud of this design but later found that at higher volumes the sound traveled through the stand 'arms' and right into the turntables, creating 'warble' or even feedback.  I investigated a number of isolating materials/designs to take care of this and my hard work is chronicled below.

Initially I investigated speaker spikes.  The logic being that if the speakers are 'suspended' and only make very small contact with the area that holds them, sound will not be able to easily travel through that material.  This made perfect sense - until I read this.  At that point I had actually already ordered spikes - I never opened the packaging and simply returned them when they arrived, already convinced this was not the way to go (wasn't particularly excited about drilling holes into my cabinets either!

So I was thinking about not only isolating my speakers from the apparatus which held it, but also isolating the turntables at the same time.  This two pronged approach would surely have to give me maximum isolation.

Sorbothane is the best sound deadening material available to mankind and you will pay a premium for it.  Sorbothane.com lists nine distributors on their website, two of which I have at this point investigated and purchased from.  One of them - Isolate It! - has a large storefront on amazon.com and I purchased some 1.25" domes for use as replacement for my turntable feet.  The dome is an ideal shape because it compresses easily when put under weight - the Sorbothane must be at least somewhat compressed to provide its isolating characteristics.  To this end, a number of durometers (hardnesses) are available so you can choose one most suited to the weight of the item you are trying to isolate.

So I had my 1.25" domes - how to mount them?  I examined the bottom of my turntable, and removed the large rubber feet Numark had provided.  I took the feet down to the hardware store and identified the thread (I believe it was M6).  I determined that I could build new feet using simple screws with the appropriate thread size and length, which could them be mounted (via a flat countersunk head) and tightened to this material with a nut. 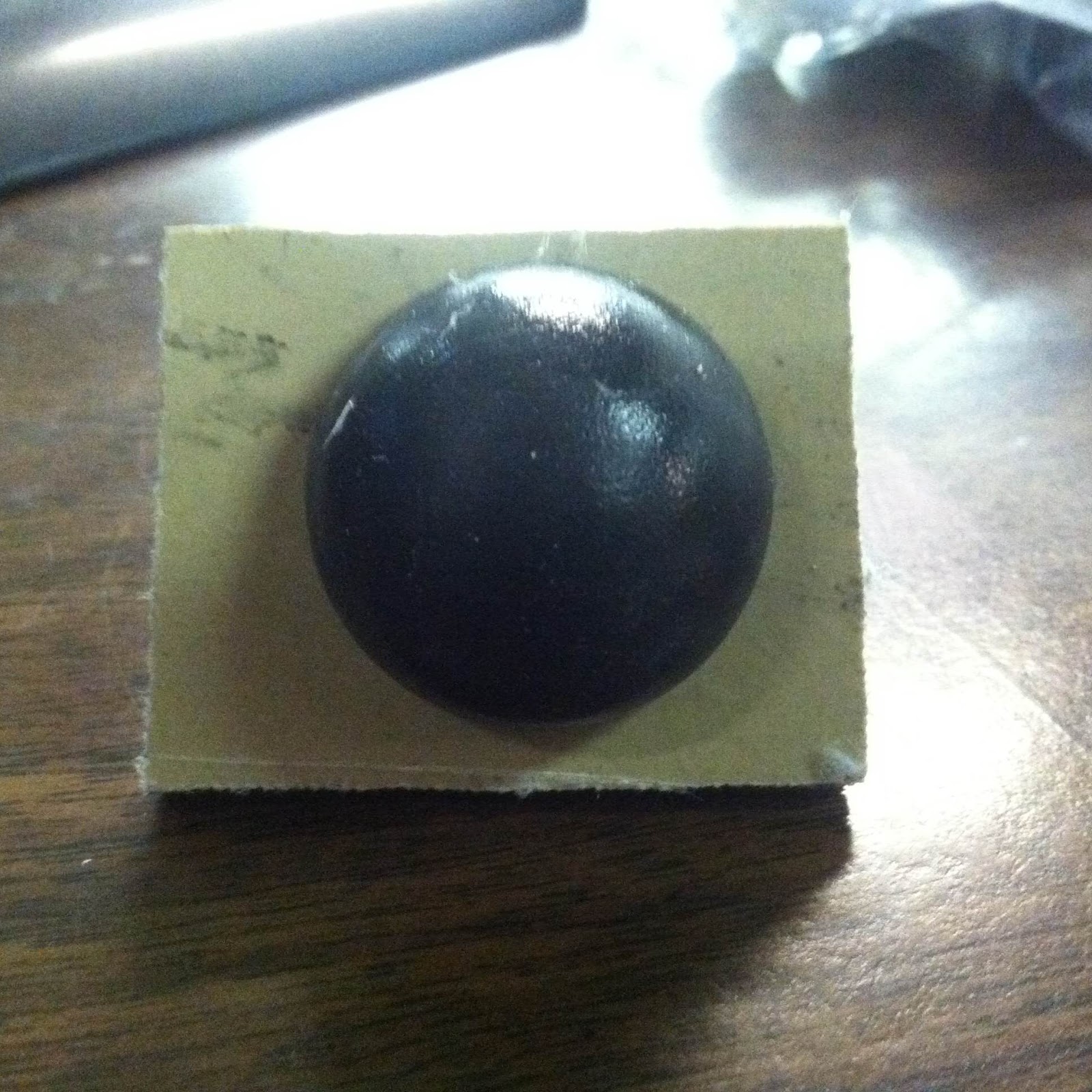 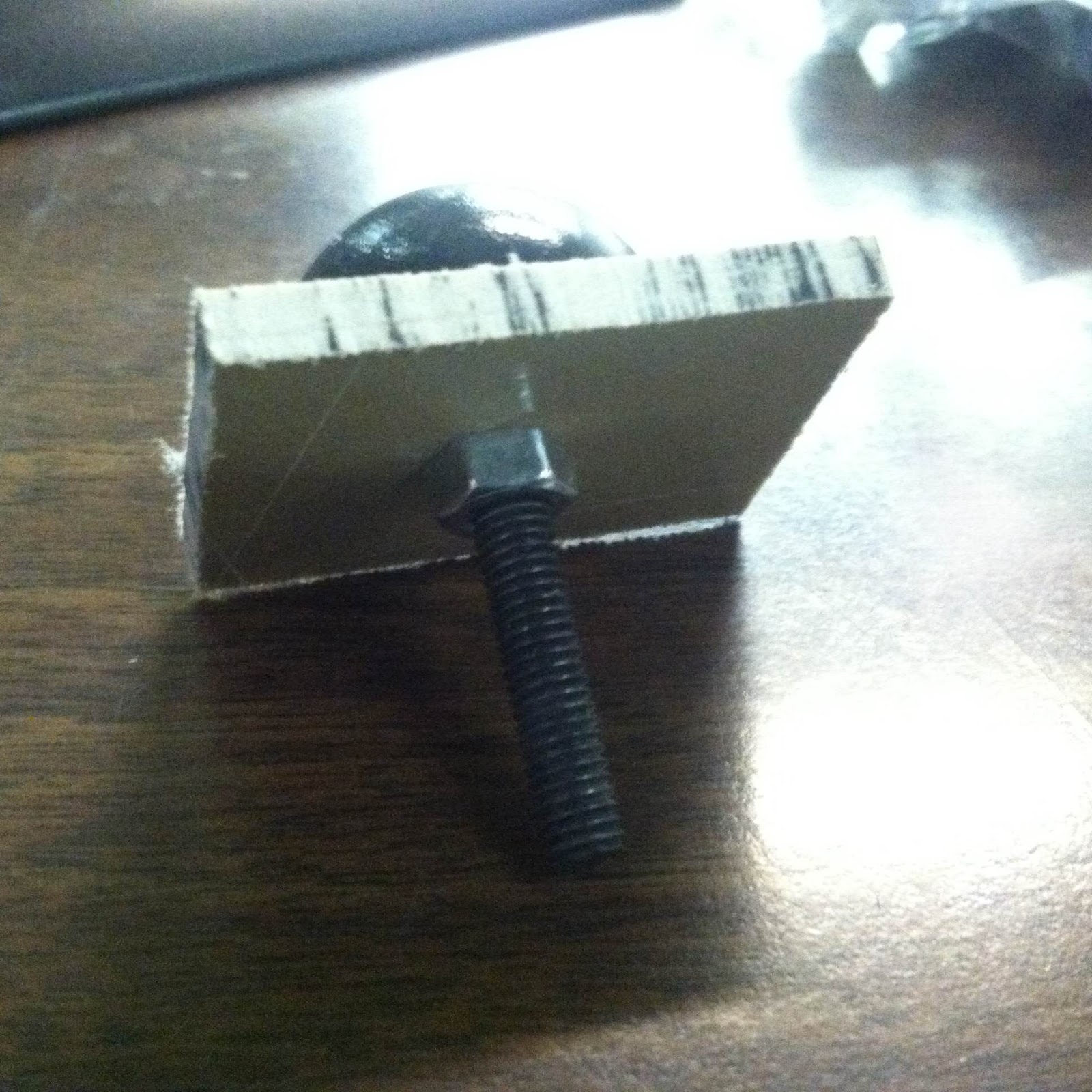 I found a small sheet of this material at work - I believe it is phenolic plastic.  It is ideal because I was able to cut shapes with a coping saw.  Cutting perfect squares was difficult (or impossible, given my patience) but it did not matter because as long as a 1.25" circle could fit within the bounds of my shape (and be roughly centered over the screw), it would work.

I cracked quite a few of them trying to countersink the pan head allen screws I chose but eventually got eight of them together.

The bottoms of the flight case was padded with some kind of polyester material - I tore this out so the sorbothane was up against a hard material.

So at this point I had returned my speaker spikes and decided that I would just get more 1.25" domes for use with the speakers.  I also decided I would have the domes turned upside down - so the top of the dome was up against the speaker stand (which would isolate the stand from the speaker, as opposed to the inverse).  So I ordered (8) more for another $20+ and was feeling the pain on the cost (going to spend about $50 for everything at this point) when I took a closer look at that distribution list on sorbothane.com.....

McMaster Carr is a huge industrial supplier on par with Grainger.  And McMaster Carr has no minimums and you can pay with a credit card - and they have a Chicago facility in the suburbs just near where I work.  They have an array of products but only sell them as sheets, however the cost is far lower than what Isolate It! was trying to charge me.

Cost aside, the dome is the best shape in terms of compressability and there is no way I can 'make' a dome from a simple sheet of material.  However a ring is nearly as good, and I can make those myself.  Using a simple hand punch, I cut (9) of my 'donuts' from a 4" x 4" sheet at about 1.33" diameter then punched another large hole (~1"?) in the middle so it can collapse under weight better.  I chose a 40 durometer as the 50 durometer domes I felt were not entirely appropriate - even though Isolate It! did say they were suitable for the weight of my turntable.

So now I had my speakers and turntables all isolated.  Done, right? Not yet! Now I went to work on my subs.  I have (2) 12" Rockford-Forgate woofers in a sealed box.  It is very heavy - perhaps 50 lbs.  I got some 70 durometer and cut the exact same rings I used for the speakers.

I had some left over pieces and used (2) per support to isolate the entire flight case from the stand.  This is impossible to capture with photography but if you look at the unfinished state of the stand (via the link in the first sentence of this post) you can see that the flight case rests across three slats and not a flat surface the full width of the flight case.