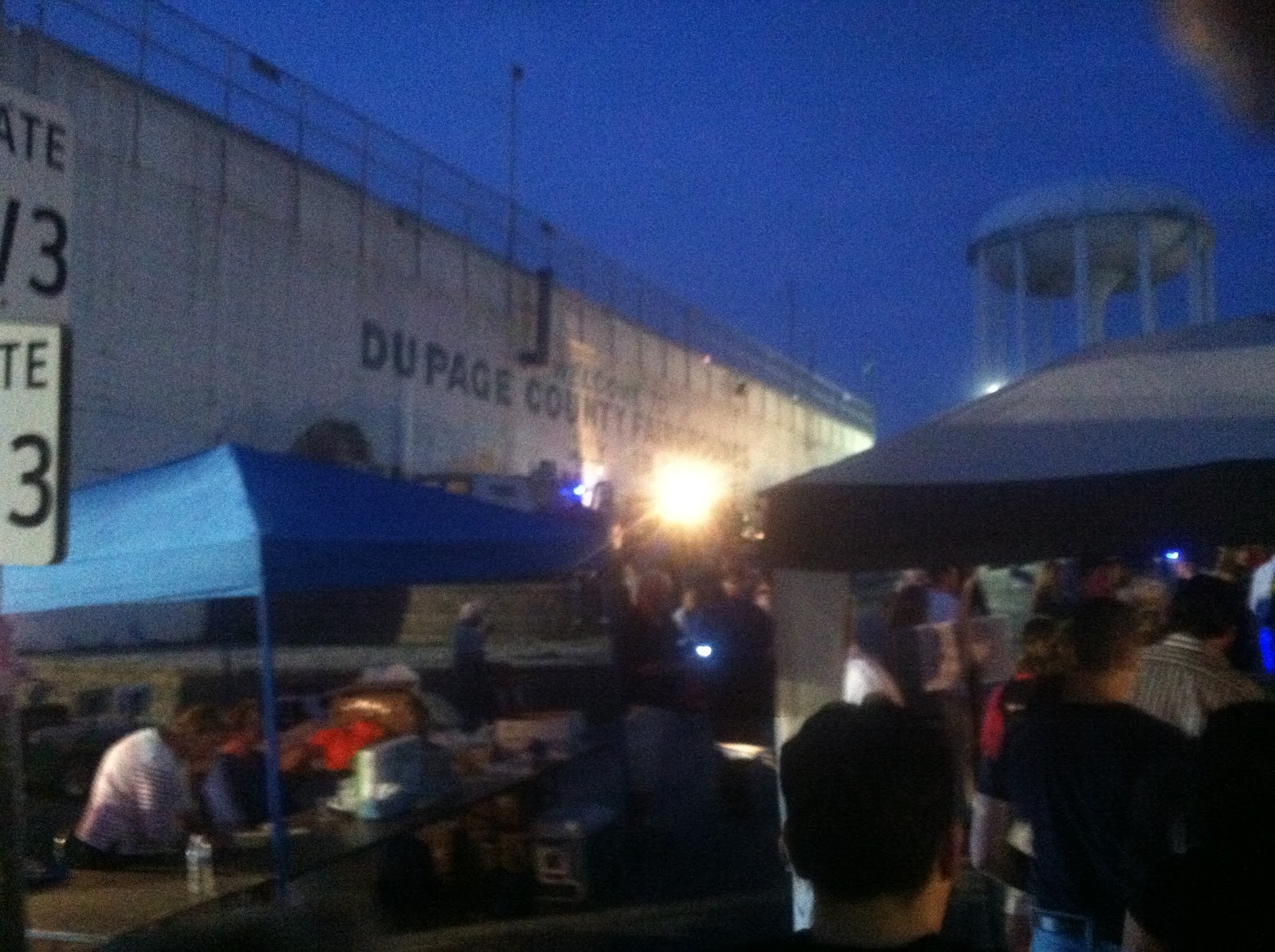 I first attended this annual event last year, right around the time that I started this blog.  As such, it was not chronicled here but remains one of the best nights of all of 2013.  I could not wait to return this year and the days were painstakingly counted down until the night arrived.

My memory of the night is a mix of excitement and 'madness' - the event is just SO big and there are so many vendors and other people that before long a mix of claustrophobia and overall anxiety sets in.  The goal is to have rooted around in enough bins of records to find some scores before your time runs out.

Our initial investigations yielded 2/3rds junk and 1/3 stuff I do not want or have.  I started feeling lucky when a vendor with a single bin of about 15 records had copies of the first Pat Metheny record as well as Spiro Gyra's best seller.  Unfortunately - I have both.  I trudged on and tried to balance my anticipation that the best was yet to come, with the thought that I might come out with nothing, so I ought to enjoy the experience as a whole.

Flea market record shopping is always the epitome of hit or miss but at a flea market this large, the randomization of what (and how much of it) you find is staggering.  Many vendors will have a single bin, some don't even have the bin - just a heap of records on the gravel encrusted ground.  Others might have 3-4 bins mixed in with their other wares; some still have entire booths devoted only to vinyl.  Ironically, the latter can be a disappointment...if I wanted to go to a record store, I would.

Finally hit pay dirt at a mostly record devoted vendor with 5-6 well organized bins of good (to excellent) condition vinyl.  I came across a beat up copy of an early 60s Coltrane release for $12 but ended up putting it back in its bin.  I was able to add to my growing near novelty level American bossa nova releases and then even pulled a long wanted release which contains no shortage of excellent side men:   Rick Marotta, Eric Gale, Grover Washington Jr., Chuck Rainey, Toots Thielemans, Bob James, Joe Farrell...WOW!.  $13 worth of vinyl - only $10.  Not bad.

At this point the madness was setting in after finding less and less records, and only poor selections at that.  As according to your standard fairy tale, when all hope was lost we came upon the motherlode.  I am beginning to regret not grabbing that copy of 'Meddle' for $12 but I did grab two others.  Backstory follows....

A couple months ago, I bought some 7" records from a shady online distributor and to meet his minimum order requirement, I picked up a copy of Neil Sedaka's 70s re-release of his signature song.  I needed a record my girlfriend had and I knew this would entice her.  The only problem was that I had now become infatuated with the Neil Sedaka record...I already loved the song but it came in the original generic Rocket Record Company sleeve and the green label on the vinyl with the smiling locomotive...oh my.  I controlled my emotions and made the deal happen.  But I vowed to get myself a copy - of the entire LP! The glue on both the outer and (heavy duty) inner sleeve had totally rotted away.  Easy fix and only cost $3.

I closed out my night with a record I never knew I wanted...but oh, did I want it! Had it on cassette as a kid and know every song.  Uncanny mint condition, also three bucks.  What a deal.

Bailed the hell out of that mess (Pro Tip: don't waste your time with that chaotic parking lot...park around 100 S. Hazelton ya dingus!) and headed back east towards home.  Part of the tradition is to stop at Malloy Liquors on Roosevelt Road so as soon as I got home I chucked two big bottles of saison into the freezer along with a frozen pizza.  I got into some cheap German beers (already chilled) and some bourbon while I threw down the mix below - constructed from the records myself and my girlfriend had purchased at the fair.  Perhaps the best souvenir of all. 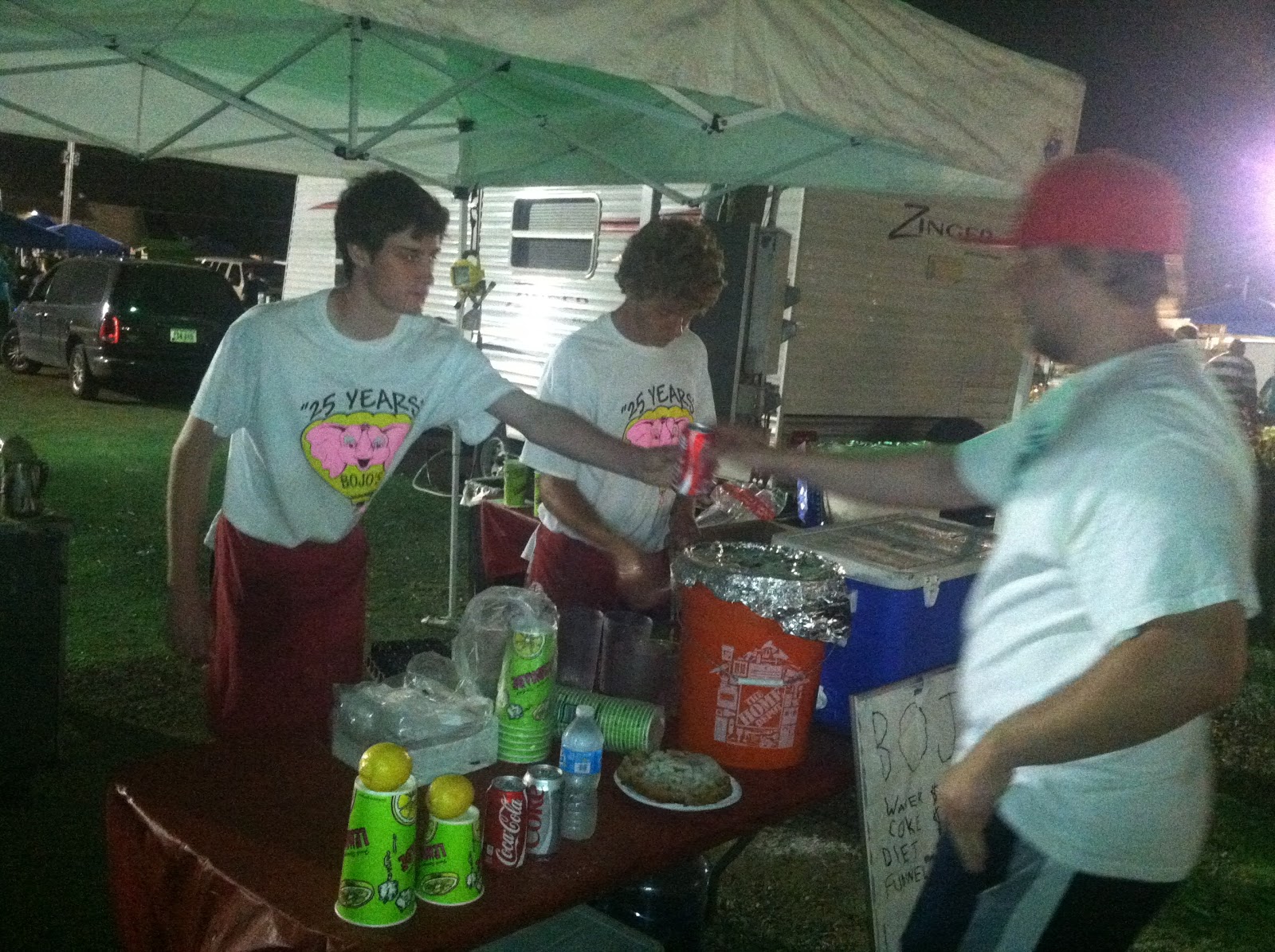 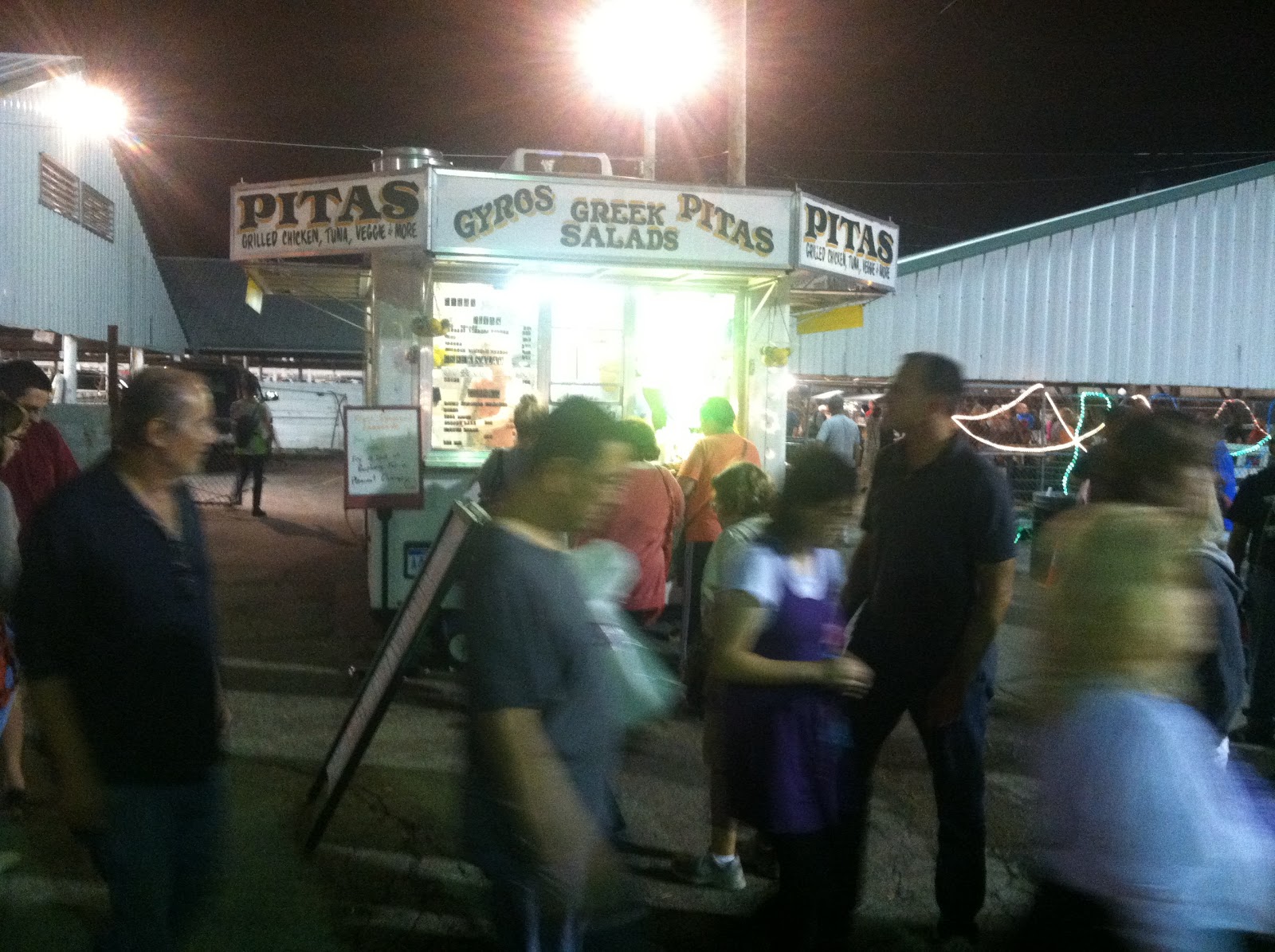 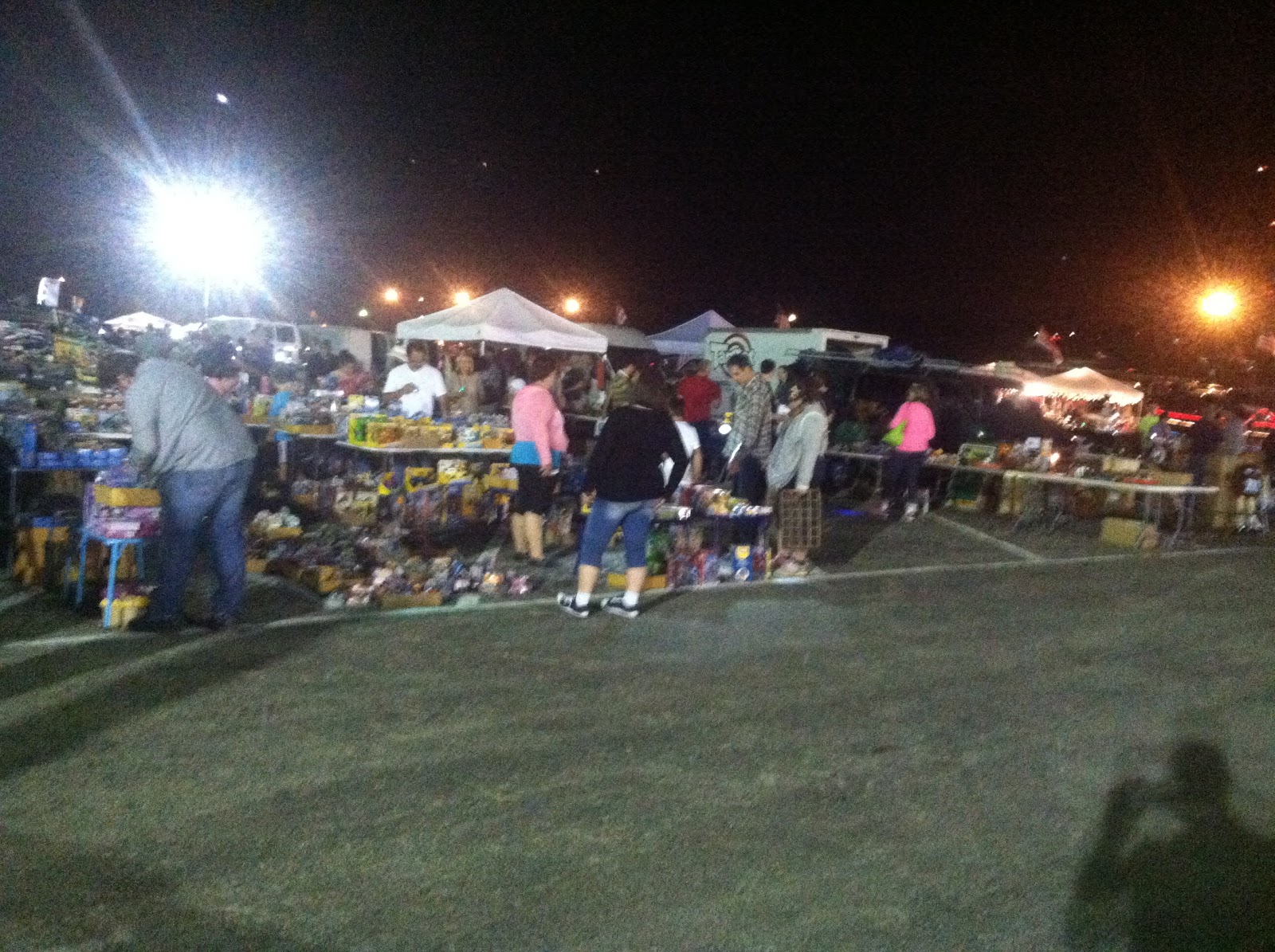 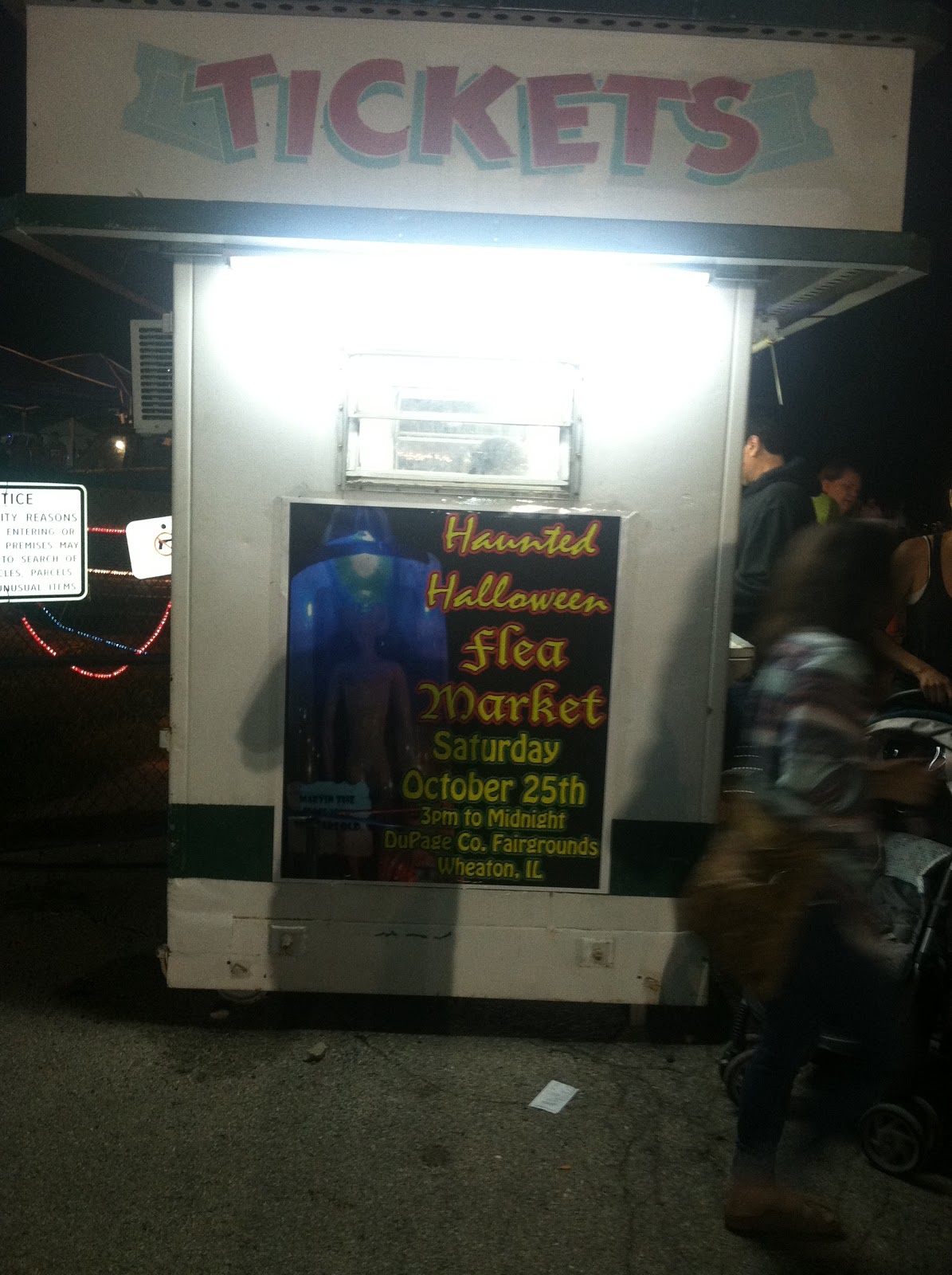