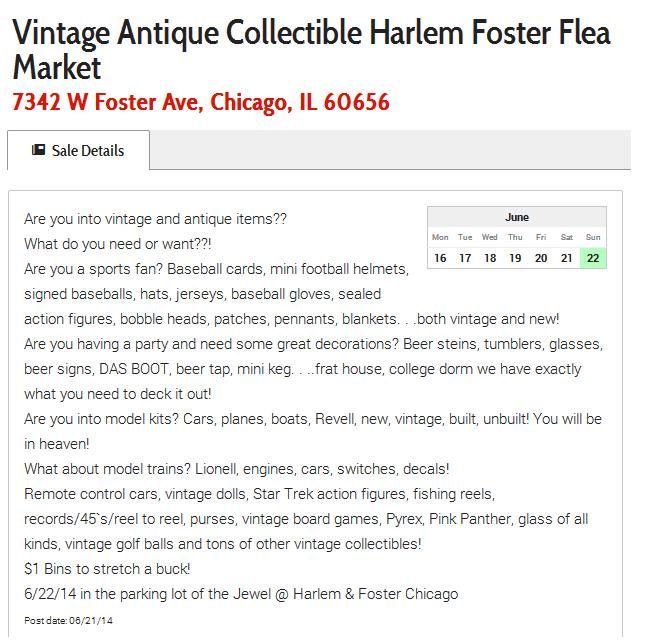 Last second gsalr.com score brought me up to Jefferson Park for an impromptu but rewarding little jaunt.  There were probably 20 vendors but I was nearly half way through before I encountered any records at all.  And even that was a palty 10-12 beat down old platters.  Junk - no thanks. 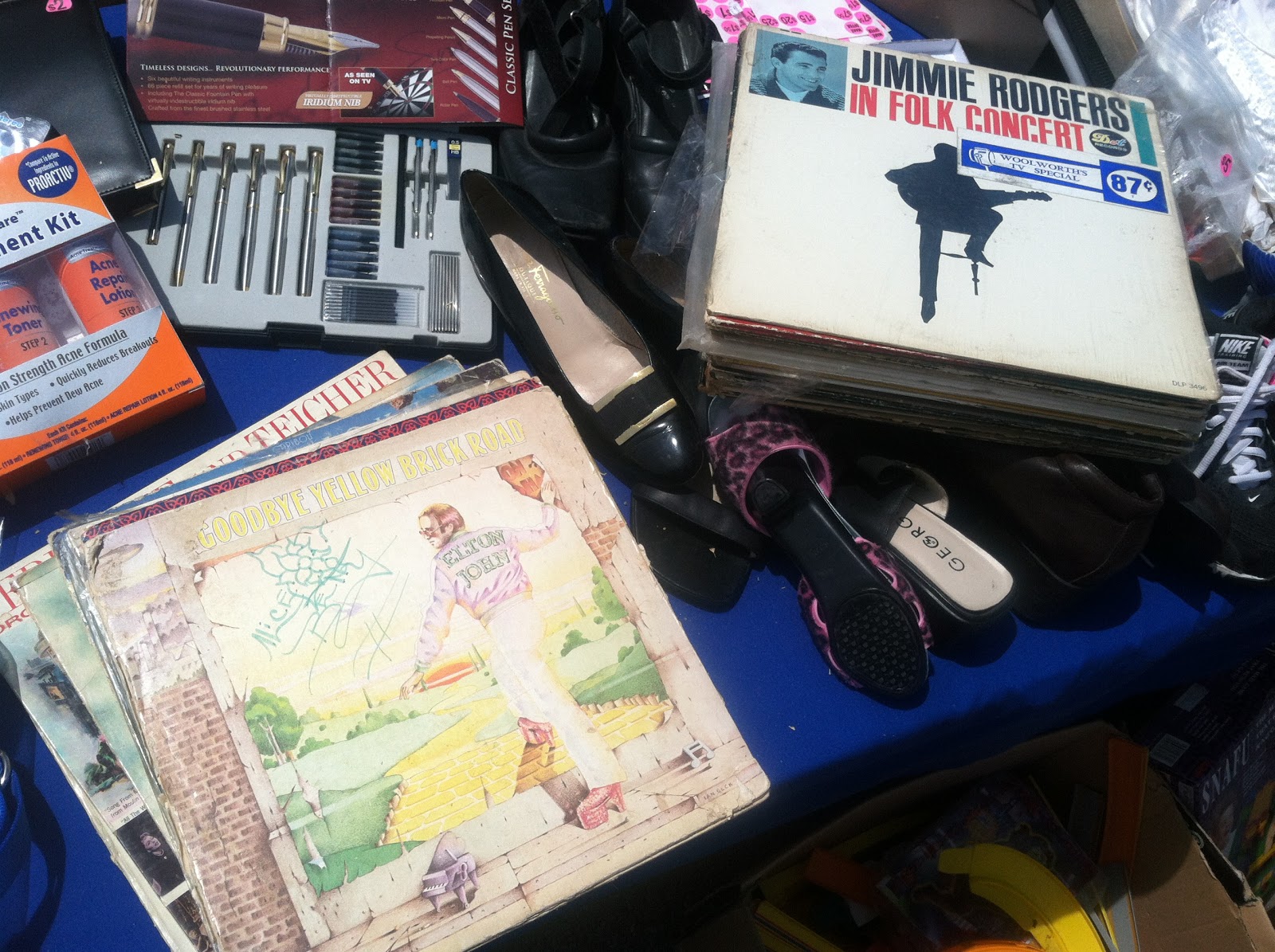 I continued to endure the brutal sunshine that threatened to melt both myself and the resident vinyl.  And in great dramatic fashion, it was the final vendor in the last row that revealed some scores.  The first heap was positive enough and I immediately found a Roger Miller compilation I had come across more than once before.  Didn't hesitate this time and immediately set it aside as I continued to index through the heap.  The proprietor called out that they were 50 cents...and the others were a buck.  Others? 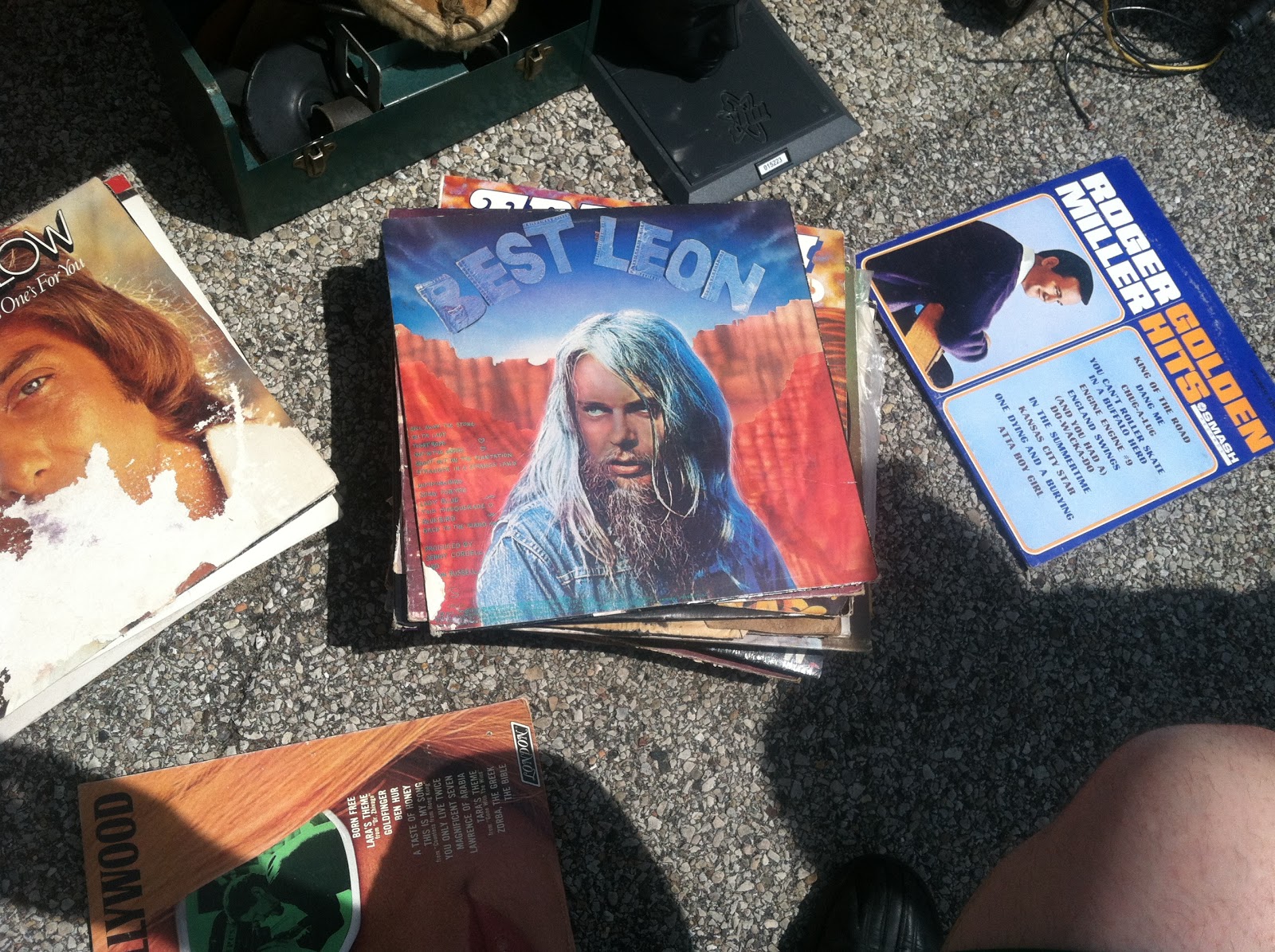 He beckoned around the corner of his little stand to a more rock oriented pile.  Here I found a copy of a Loggins/Messina album (compilation?) that I can find no information on now. I nearly pulled the trigger before determining having my own copy of 'King Of The Road' would suffice for that day. 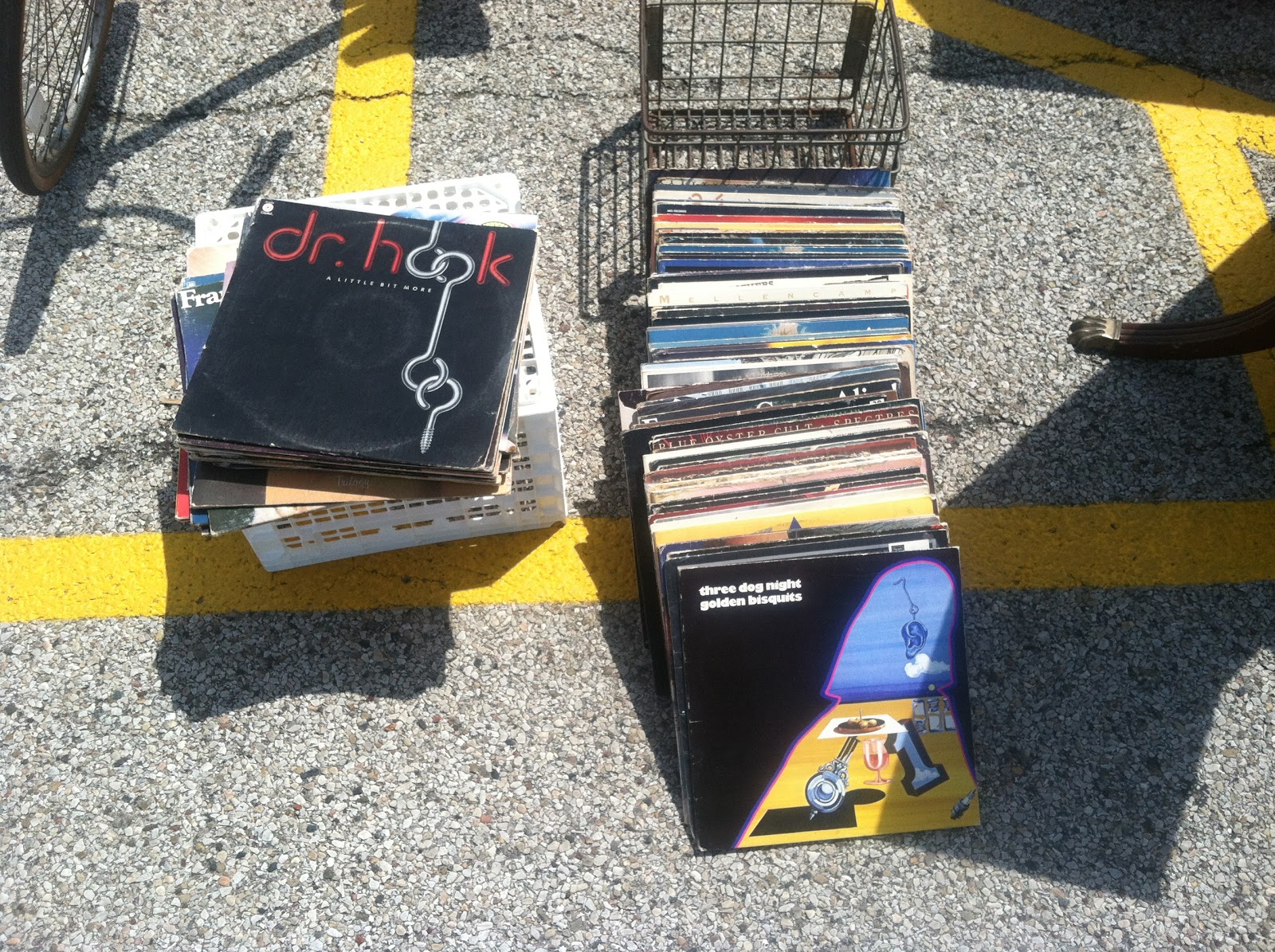 That song has special meaning to me.  I remember as a young lad by dad explaining the lyrics to me a little bit and pointing out the more ridiculous parts.  As as adult I found other lines I like even better.  And a couple years ago when my work related travel began to spiral out of control, my brother sent me the below video which was immediately endearing for the motivation behind the transmission from my sibling, and more so due to Roger's outstanding live performance.  His accent is so likable as are his mannerisms.  And I was greatly impressed to see that he wrote all the song on the comp.  I wouldn't have held it against him if he hadn't but it was a huge bonus.  Already, some of the other songs (previously all unknowns) have begun to grow on me to large extents.  Longest bike ride for a 50 cent record ever and ironically well worth it.