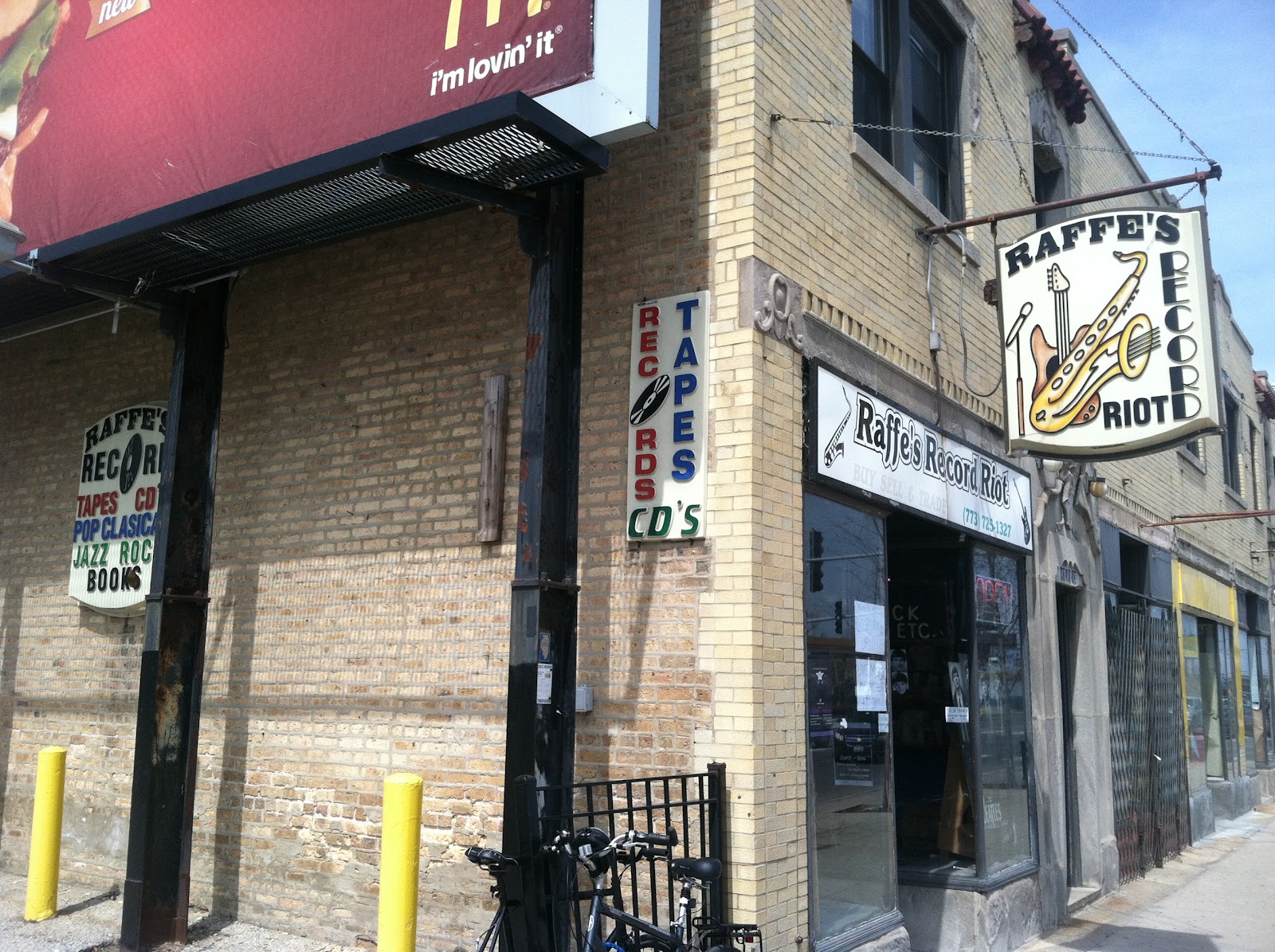 For Record Store Day I figured I should go check out somewhere new.  At the CHIRP Record Fair, I was given a card by an employee - the only such gesture amongst a bevy of booths and vendors.  I held onto it and remembered on the morn of the 19th.  I set out via bike and was soon headed north on Cicero Ave.

I did the math in my head as I rode and determined that the store must be just south of Montrose.  My mind's eye visualized a bar right on the southwest corner that used to be called Memories (now under a different moniker).  Suddenly it came to me - I knew this record store! I had performed in Memories a handful of times and seen others perform there at least as many as well.  Nothing dictates standing outside, loafing about, more than being in a band or seeing your friend's bands play.  I remembered the signs in the CTA turnabout and always wondered if the store was really open or not (they looked old).  I can only imagine how long this place has been around.

As it was Record Store Day, the place was packed, mostly (so it seemed) with people who only came out to 'browse',. not serious collectors.  Far from it for me to appear elite, or claim you need a resume to look at a bunch of old records - not at all.  But in a store so small, it was an inconvienence to deal with a breed of folks who only came out to get in the way.

I darted between them for the jazz bin in the back of the shop.  I found a trove of scores here, nearly unprecedented levels.  I purchased some, and left others behind for another day:

Artie Butler - Have You Met Miss Jones? - One of the more rare CTI 3000 series releases, never came across this before.  I already knew of Artie's background as an arranger and that this album was 'rare' in his list of professional credits.  The liner notes are hysterical and the music matches the description given there as 'happy jazz'.

Pat Metheny Group - American Garage - Pat Metheny is just about my most fond jazz discovery in the past 12 months.  After this, the only other album I seek to complete the group's 70s-80s discography is the double album Travels.  I have yet to be disappointed with any release I've purchased.

Culture Club - Kissing To Be Clever - I picked up Colour by Numbers the week before (and the picture disc more recently) and needed this to complete the duo of albums to launch the group's career.  Unfortunately it seems to be riddled with scratches.  Luckily I had already dubbed a friend's copy - less fortunate however that I paid 3.99 for such a common album (and a bad copy of one at that).

They also had all three of Paul Desmond's 3000 series releases (including a couple copies of the last): Summertime, From The Hot Afternoon and Bridge Over Troubled Water.  This was difficult: for one, I'd be spending over $40 to walk out with the three releases above plus these three.  But more importantly is that I ruin the chance for future hunts.  What fun is it to collect something and just buy the whole collection at once (or nearly so)?  I initially tried to compromise and figure out which single release I'd feel contented to leave with but fell into an 'all or nothing' mindset and abandoned them all.  I'll be back before long to grab one (or more!).

The line was long and compounded by the fact that the 'line' blocks the entry to the store.  Worse yet, old Raffe (I assume this is him) was having some trouble with the credit card machine.  I kept my rage blackout at bay and tried to relax while he got things together and I eventually checked out.  An old school store - they don't make 'em like this anymore! Glad to have visited and grateful still to have chosen it as my RSD shop. 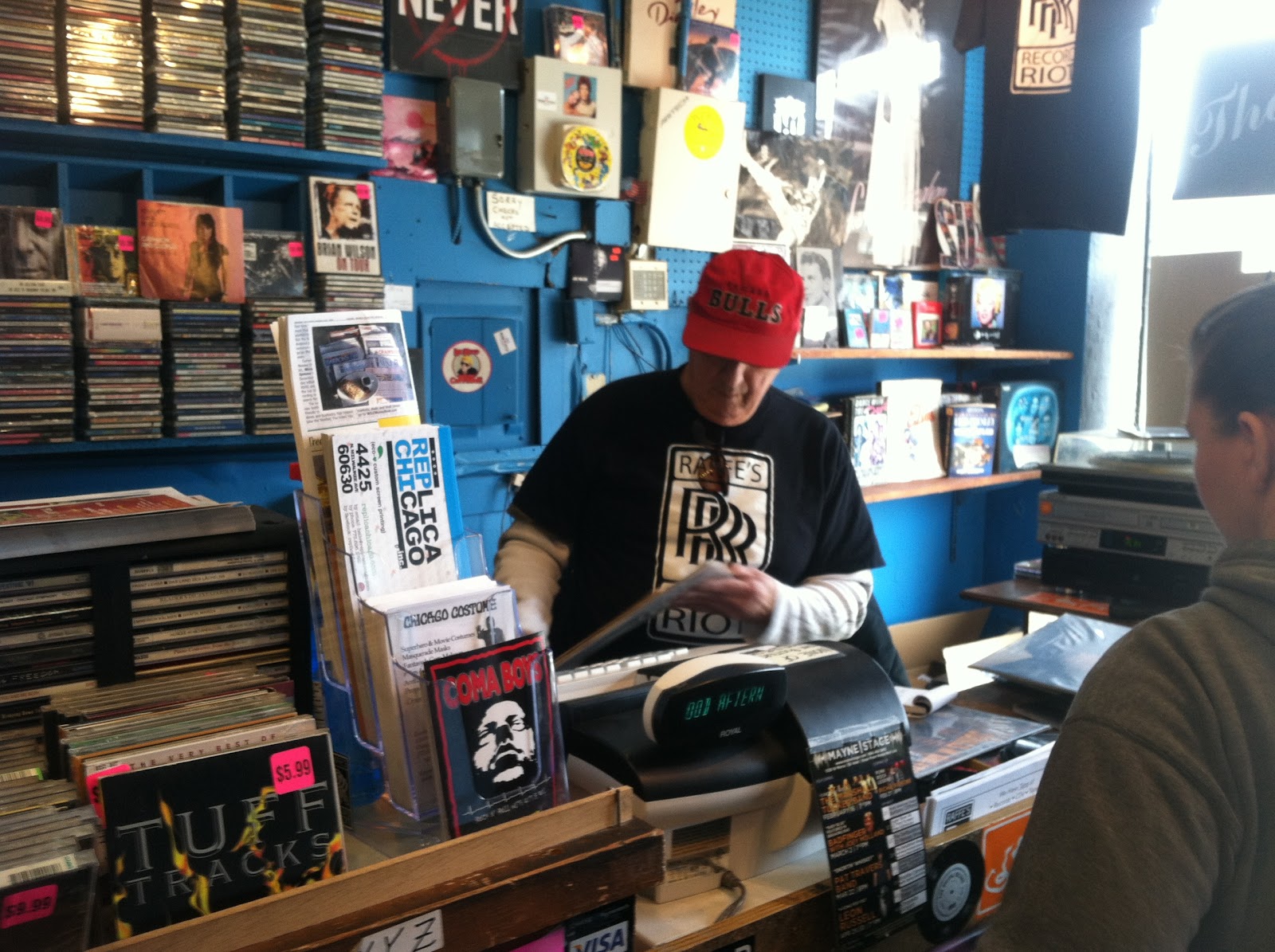 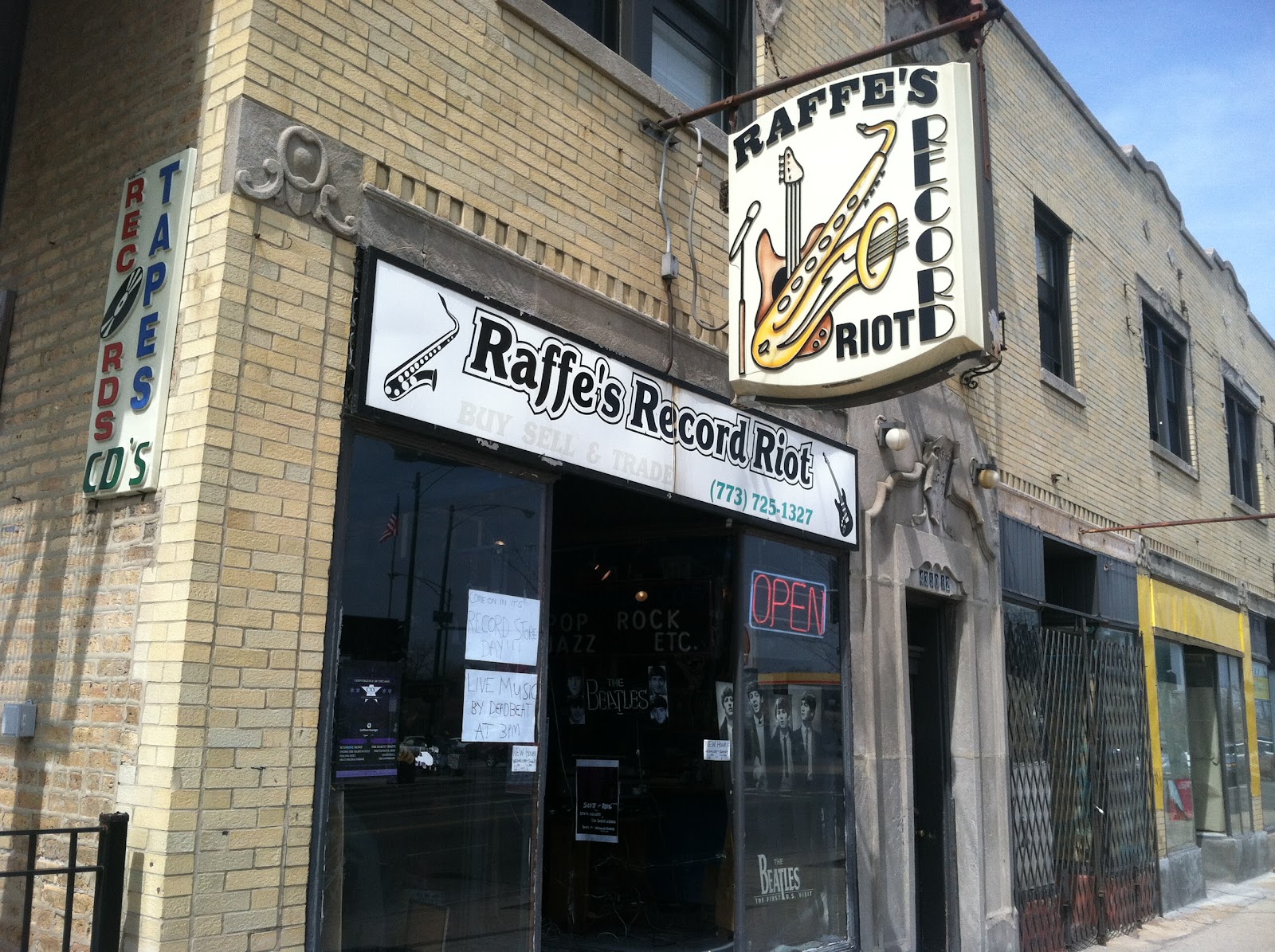