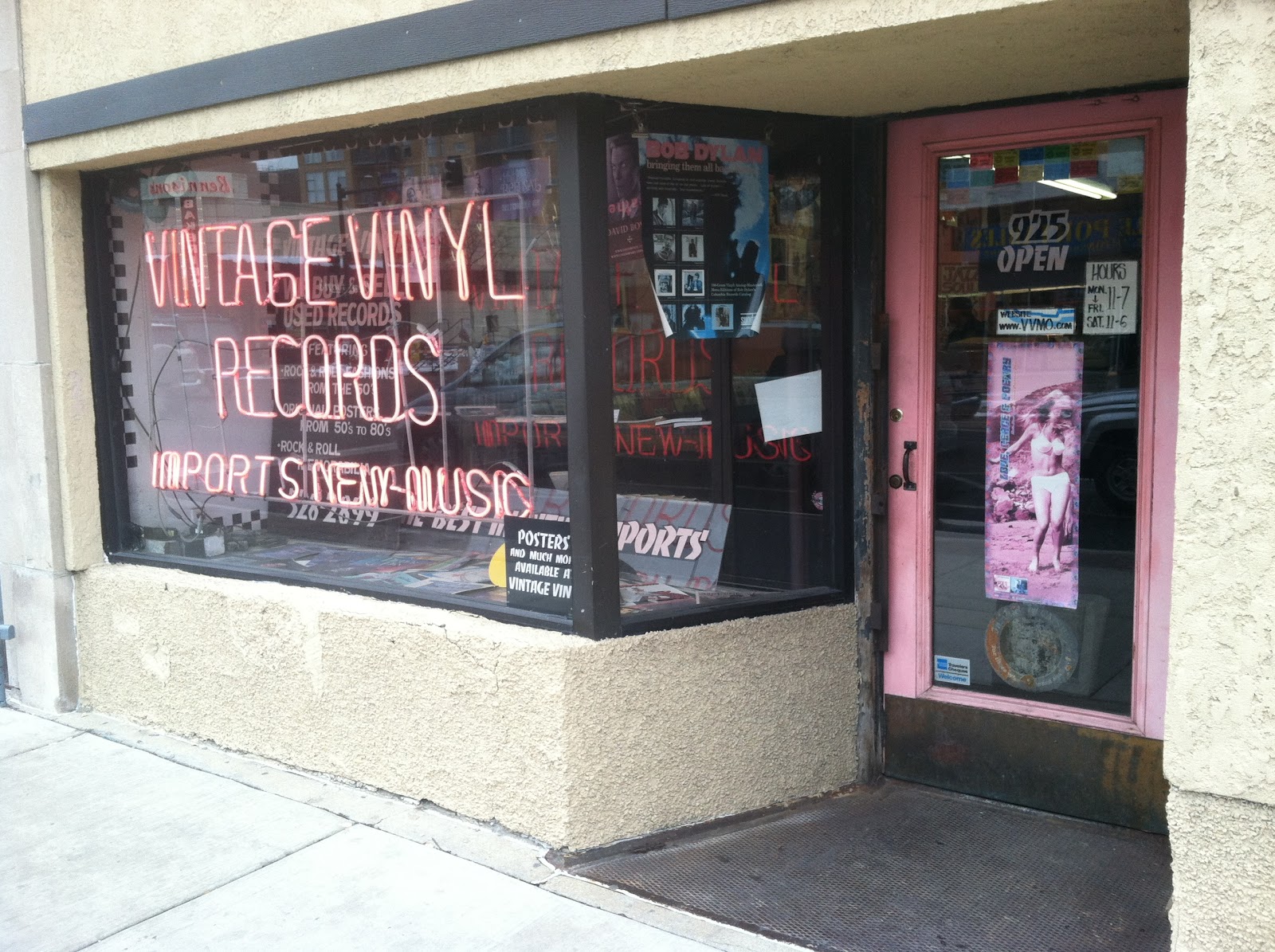 I typically like to think of myself as someone that is pretty tolerant of cold weather, I deal with it on a regular basis and I think my threshold is higher than most.  It's been a really bad winter, and for some reason it really just got to me on the day I decided to visit Vintage Vinyl.  That being said, I am warm as I type this and some time has passed so I don't think that my somewhat bad experience (due to weather) had any reflection on my writings below regarding my bad experience (due to record store).

I had wanted to check this place our for a while but it is a long haul.  The Metra will essentially take me from door-to-door, but I have to walk to another station in the loop and sit for an hour or more as these things rarely time themselves to your advantage.  As slightly askew from ideal as that plan may be, I took another even worse route for complicated reasons I won't discuss.  So after a long journey, I arrived.

I had some weird vibes as soon as I walked in, the place seemed a bit too organized and clean.  Sure, there were some piles of vinyl in the corners, or stacks by the register and random junk here and there.  But something just told me that I did not belong in there.  A clerk promptly asked if he could help and my vibes continued, like a tuning fork reaching a resonant frequency.  I felt out of sorts and I was peering around trying to figure out where things were, etc... I finally determined that the jazz was downstairs - they have about 40% of the store on a lower level. 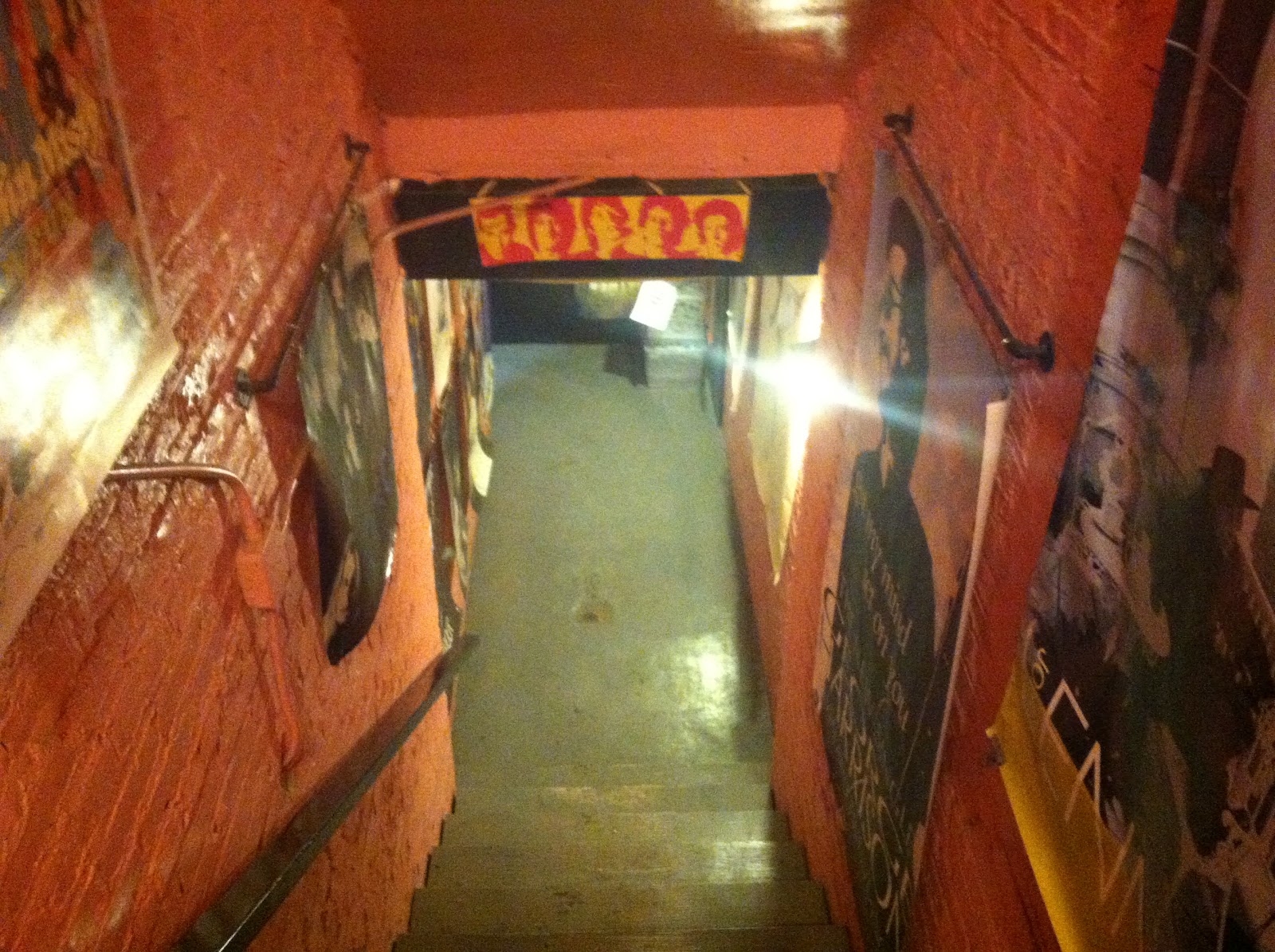 So down the stairs I went and I immediately saw a giant jazz section.  I started to loosen up and got down to it.  But it didn't take long before I started noticing price tags.  I generally don't look at tags, I am looking for records I want, I will evaluate the price later.  But I noticed a serious trend rather quickly - this stuff was not cheap.  This made Dusty Groove look like the dollar store....$30-50-70-100....300 bucks? I didn't see much in there less than $15 and a large portion of the entire section were artists I was totally unfamiliar with.  I started to feel very uncomfortable and questioning my own experience on the matter.  Was I flipping through them the right way? Did I bend something? Should I just leave? 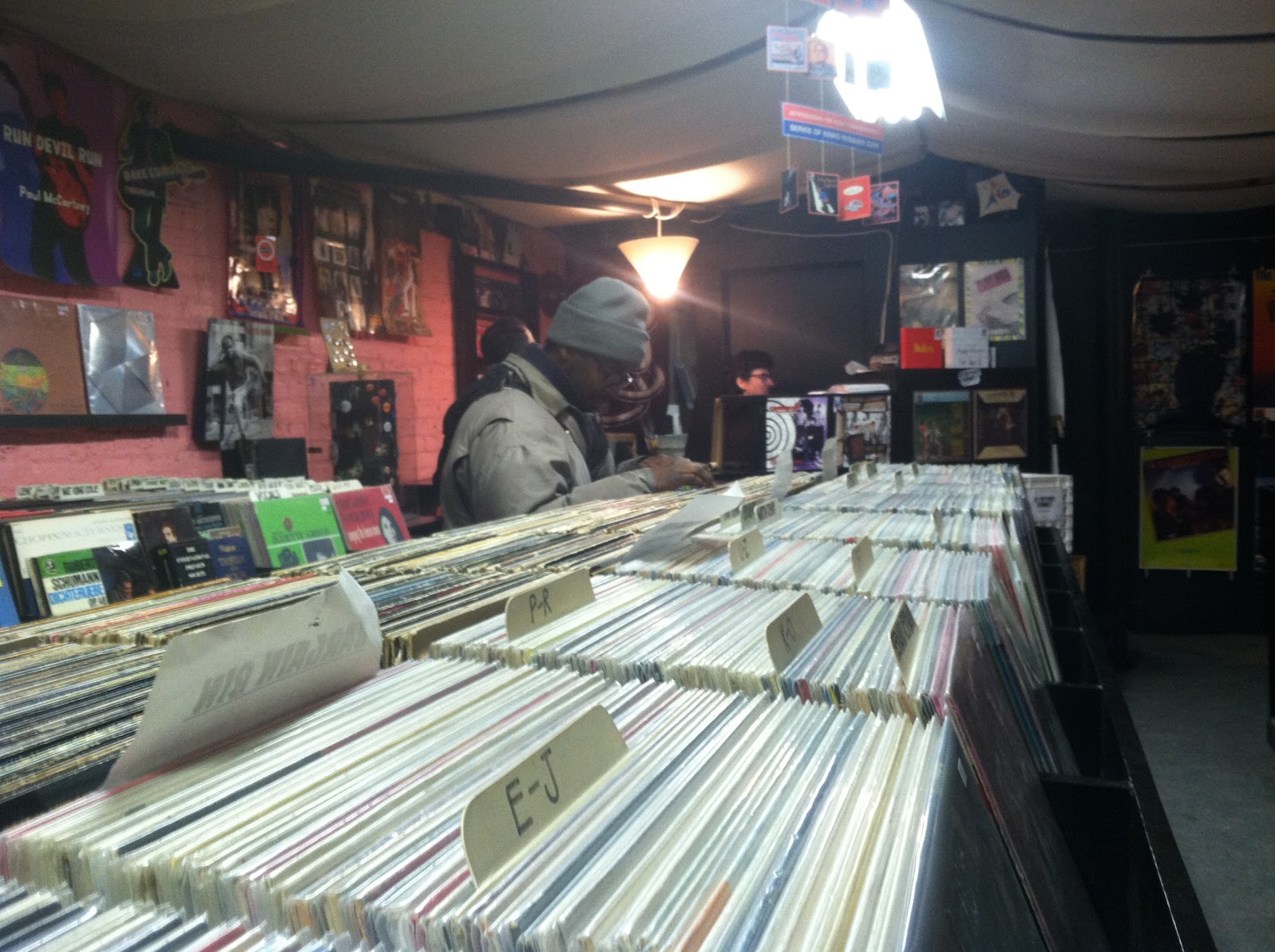 Another clerk sat behind a small counter behind me and I could feel him watching me.  Some kind of pretty bad disco music was playing and I couldn't relax.  There was one other shopper near by, leafing through bins in another genre.  I started to make deals with myself - no way I was going to come this far and leave empty handed.  This is often my mantra but today it was far more serious.  But while I can afford a $40 record, I am not apt to part with the dough when its for an artist I don't care about - or haven't even heard of! I did find a pretty cool sealed copy of Equinox in mono for $30 (or was it $40), either way, that is actually tempting.  Definitely an important album for me personally.  But given the condition of the copy I have now, it would be difficult to leave it sealed.

I don't even remember what I saw that actually intrigued me.  I saw some 'bargain bins' and started going through them, this put me just about face to face with the clerk.  He was so overly ironically hip that it bordered on caricature.  I don't know that I've been in a record store where I so felt I did not belong.  Even the bargain bin was shit - even at only $4 it was nothing but classical and the entire Barbara Streisand discography times two.

Around this time, the other customer I was sharing the room with had enough of the place and went to leave - empty handed, no less.  Now he was carrying a bag, like a resuable shopping bag.   Fair enough, he came at least with some intention to buy and I can't blame him for walking away with nothing.  But I also understand the paranoia some stores (record stores included) have about you bringing bags inside a retail establishment.  Dusty Groove in particular had a concrete policy of taking your bag when you enter and more than once I've been in record stores and straight up told the clerk I am leaving my bag behind the counter.  I don't ask, I just tell them.  It's fair for everyone involved and it lets me dig harder and come up with something to buy.

Anyway, I wasn't exactly paying attention but the fellow headed back towards the staircase and the clerk suddenly came alive - this guy had been deep in the zone cataloging vinyl the entire time but apparently he had his third eye open the entire time.  He jumped to action and grabbed the shopper's attention to inquire about 'what's in the bag'.  I felt some offense for the other shopper - like I said, if you are worried about shoplifters, have a set policy like 'no bags', or check them at the door.  Perhaps the clerk's defense is that he just saw something in his hand out of the corner of his eye and figured he'd ask.  But I don't think so.

So the shopper told him he only had a bag, no records.  And the hip clerk responded with something like "oh sorry, I thought you had a record there".  The customer struck back and said "it must have been your imagination".  I gave a silent fist pump to the guy.  Like my 'bad vibes' when I entered the store, I can't prove that the place sucks based on a feeling but that feeling continued long after I walked through the door.

At any rate, I did finally come across some more bargain bins and this time I found some serious records.  I scooped Lyle Mays' solo debut - my Pat Metheny obsession continues.  I haven't given it a serious listen but my initial impression was that I wasn't 100% into it and I guess I was even upset not to hear more Pat Metheny influence - surely a totally unfair assessment.  Then a couple minutes into the first track a synth pan flute with a psuedo vocal quality kicked in.  Reminded me very much of the non-lyrical vocal techniques employed by Pedro Aznar on some of the albums, or Pat's own highly processed six string, which often has a 'voice' of its own.  More than simple melody, it 'speaks'.  I was shocked to see Pat not even make an appearance on any of the tracks, until I looked really closely at the executive producer...

I also got another Metheny group album, the self-titled debut.  This is the opposite of a disappointment: I must have listened to it all the way through 3 or 4 times in the 48 hours since I purchased it.  Just has that trademark sound that drew me in on the albums recorded years later, even in the beginning, they had it.  It was $4/record or 3 for $10 but I truly could not find a third record I wanted.  I did find two copied of the Metheny group albums so I carefully checked which had the best jacket and vinyl.  But I guess that was a waste of time, because when I brought my two vinyls up to pay, the clerk took them out and checked them for me - just to make sure I didn't stuff any late 50s $200 jazz into a $4 Lyle Mays sleeve when he wasn't looking, in a tiny room, when I am the only other customer.  If you are worried about it, then do what Reckless does and take all the vinyls out of the sleeves and keep them behind the counter.  He just wrote up a slip for me to bring up stairs to cash out on. I'm surprised he didn't tell me to just take the records and get the fuck out, disappointed that I only spent $8 in a room filled with records valued at $33 on average.

I went up stairs and paid.  I went back into the cold and tried to evaluate if I should take the Metra home, or zig zag on CTA trains and busses.  I had to piss so bad and I couldn't find a private alley to go in, I finally did but not before almost wetting myself.  I had a hangover all day and that tense record store gave me a headache, I went to Five Guys and devoured my food and headed back, and got there over two hours later.  As I've said before - I won't be back but I'm glad I visited. 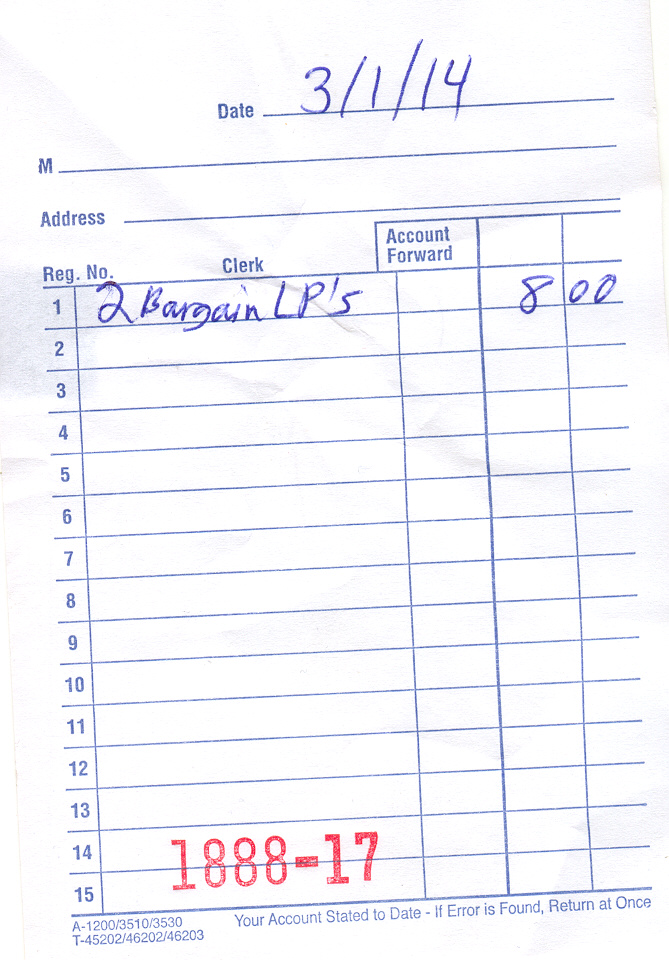 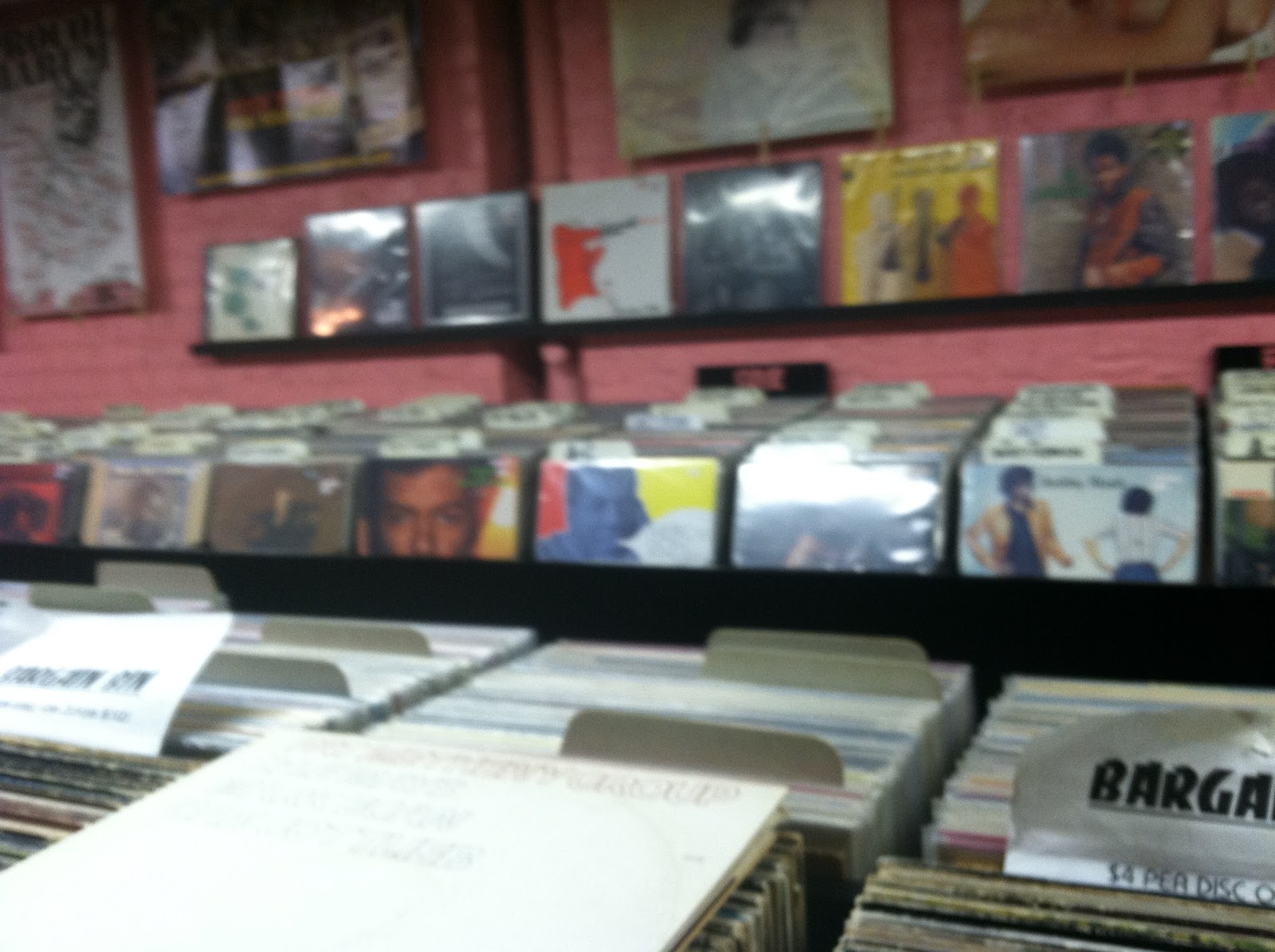 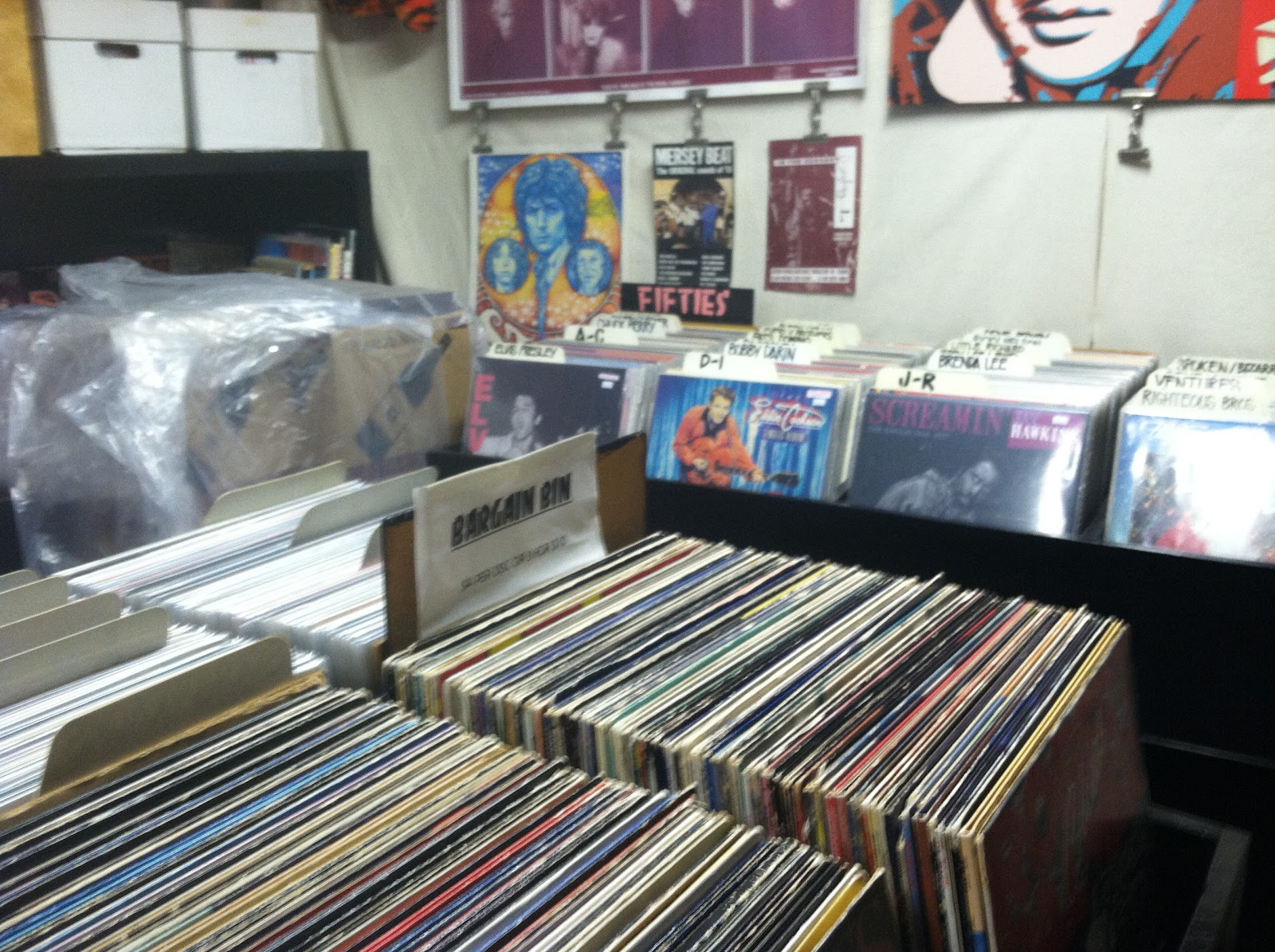 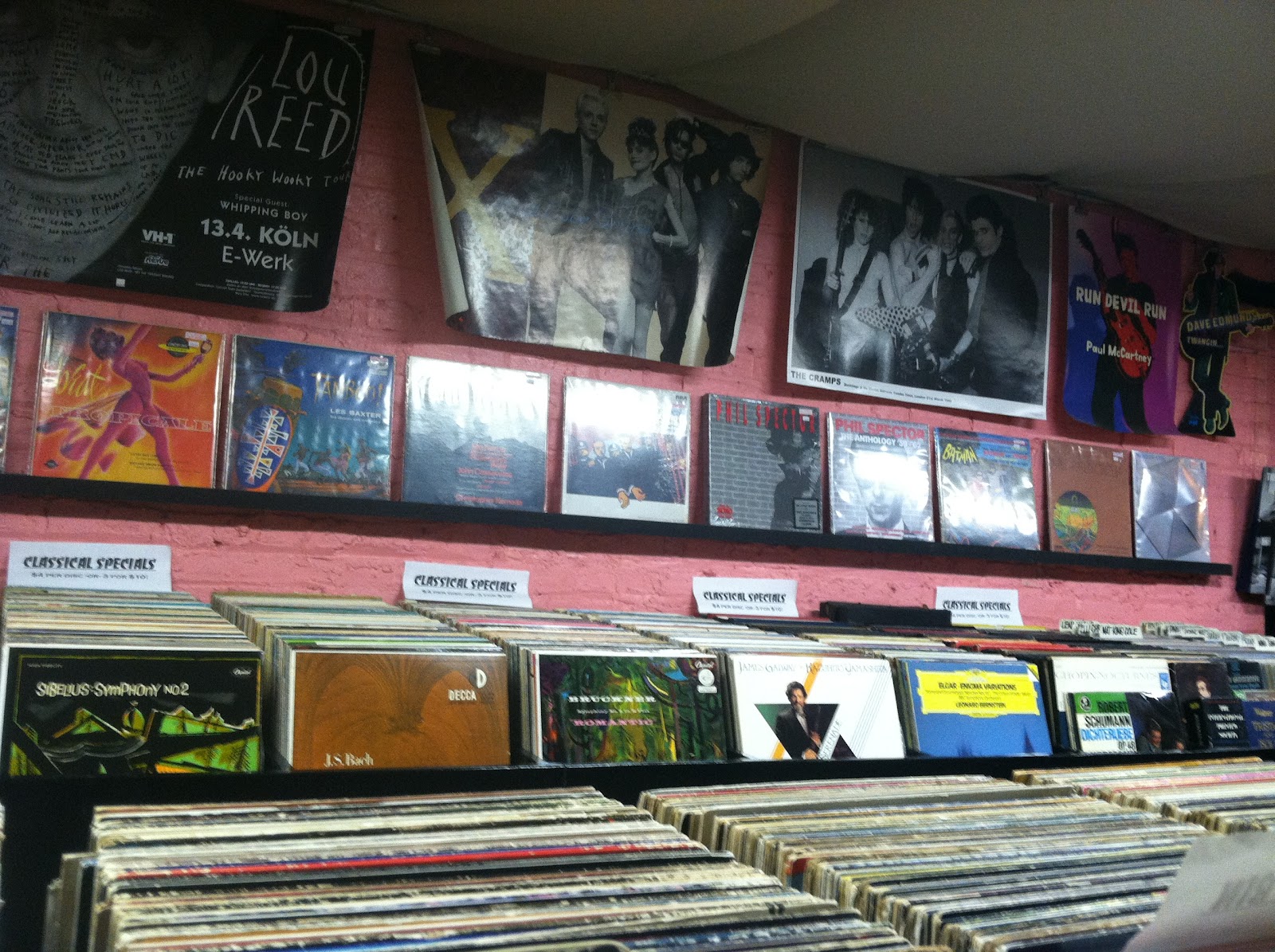 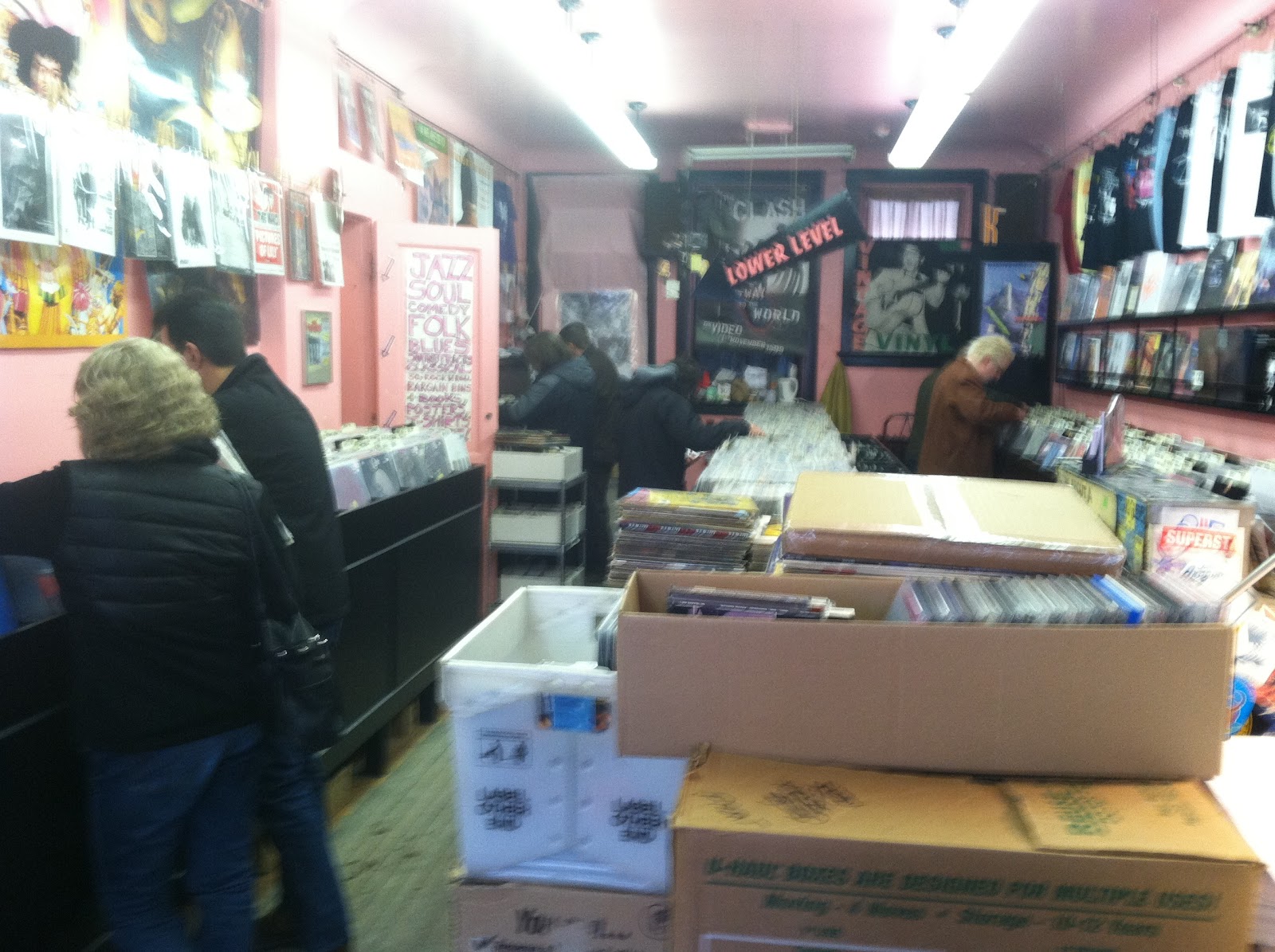