That goddamn George Benson album follows me everywhere, I almost bought it at Fish and Thrift Co but discarded it due to condition.  I passed today.  I did come across another Grover Washington Jr. album (already own Winelight) and grabbed it at once.  My CTI obsession knows no bounds and was excited when I left and found that it was actually released on the CTI sub-label, Kudu.  Even has the original Kudu dust cover inside.  Just as I type this I find that Grover had more than a few releases on Kudu - how about nine?! I hope Creed gave him some stock options with that contract. 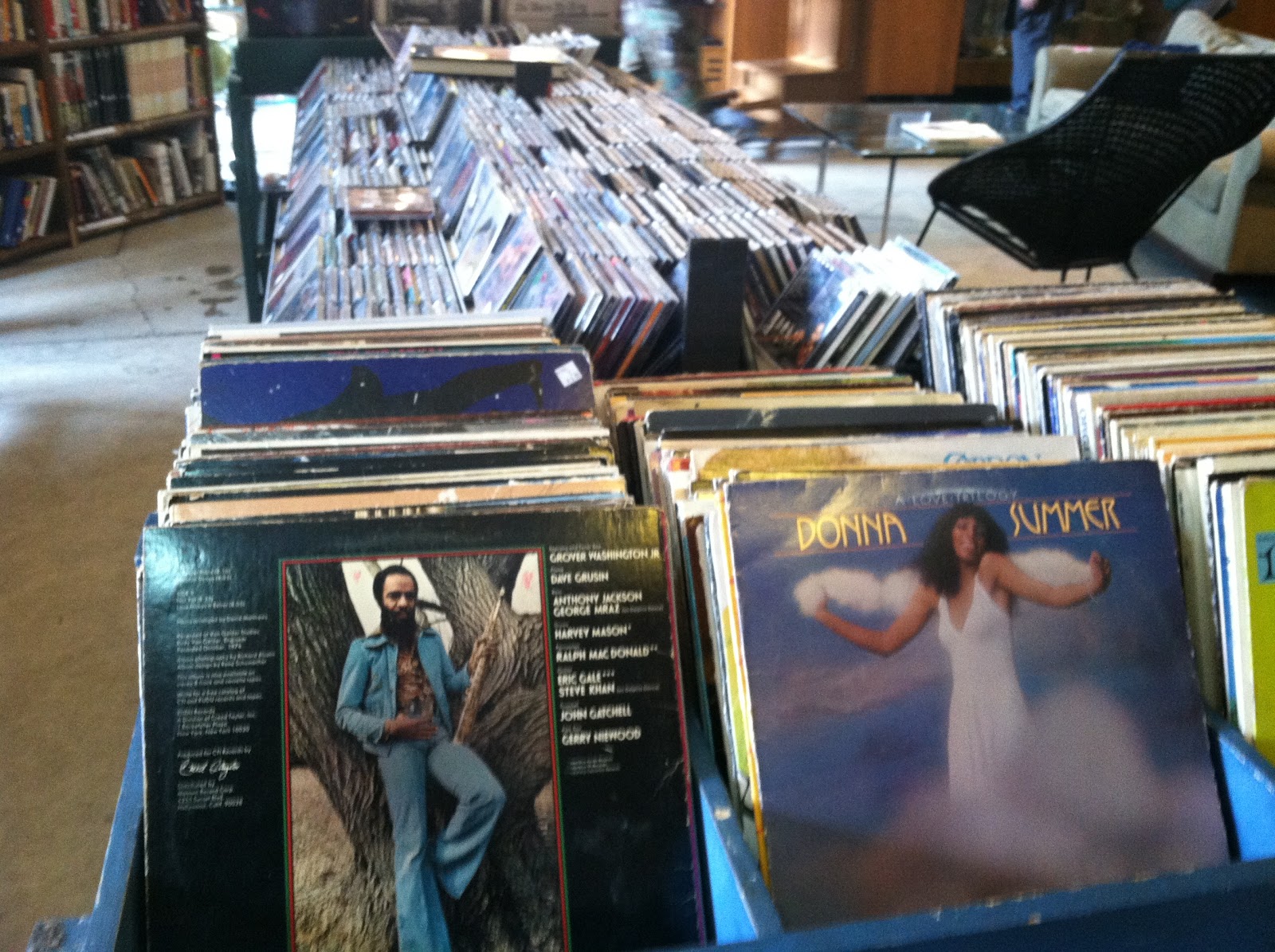 A third record bin (they never seemed to end, much to my delight!) bookended the CD rack (you can see bin #1 in the distance).  It was here that I found a total of three Engelbert albums - two I already had (the 'EH' album and also 'We Made It Happen') and one I did not, which I promptly purchased ('Sweetheart').  It wasn't until I left that I found that my new Eng' score had a mostly torn top seam, but oh well.  That is what the plastic jackets are for - to hold my old vinyls together like duct tape! I must admit I do have a bizarre preoccupation with purchasing every copy of 'We Made It Happen' I come across....just to have them.  Yikes, I need help.

I picked up one more record - a 12" promo single of 'Rise'.  It was still in the (opened) wrapper and there is an odd sticker identifying it as a promo on the custom outer jacket.  I honestly thought this might be worth a few bucks - it had better be, since I already own the LP! Of course, it isn't.  There are legit promo copies of this single out there, identified as such on the actual label, this isn't.  Still a cool piece of 80s A&M history.