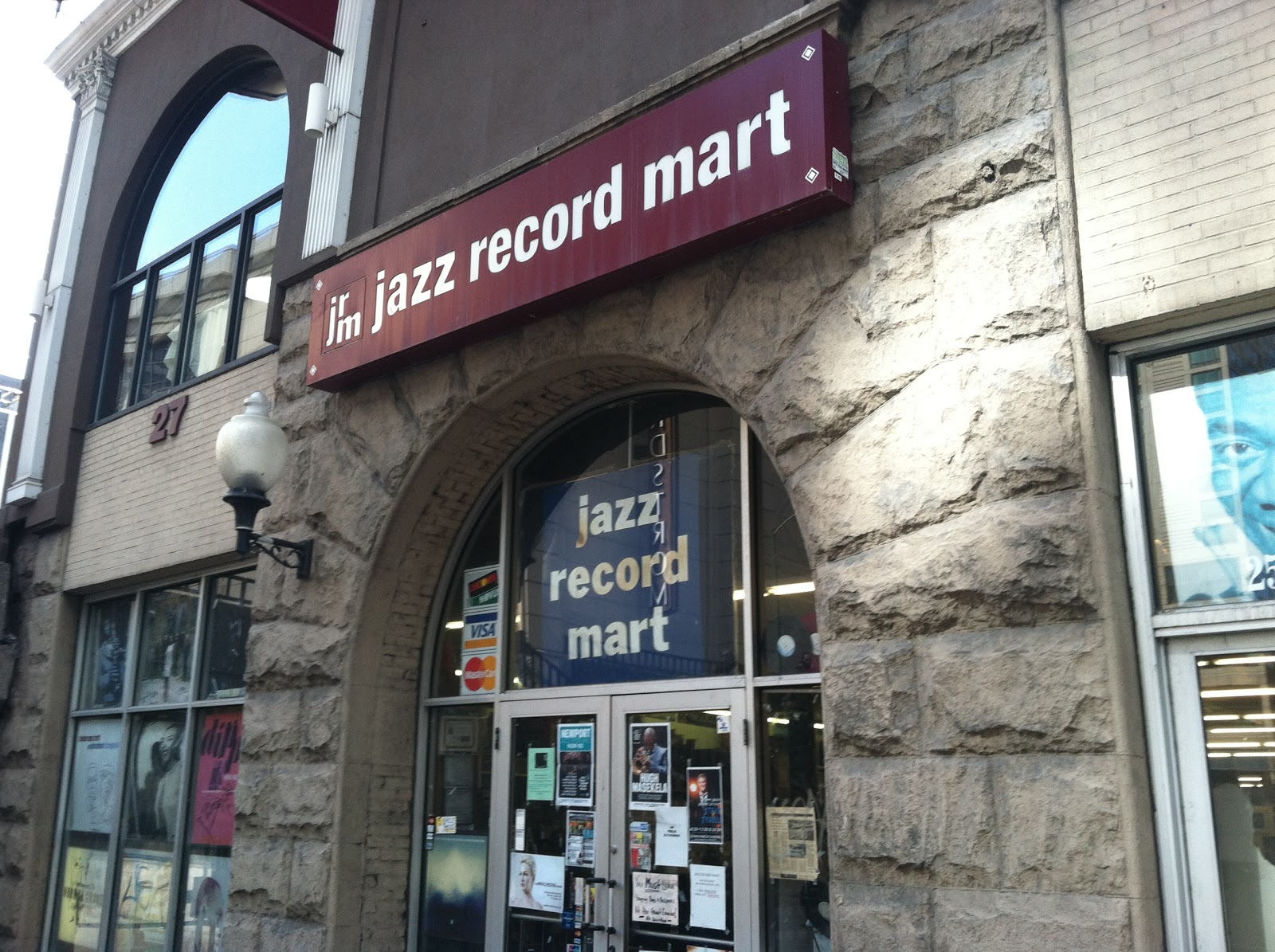 Spent my birthday weekend relaxing in a hotel in River North eating and drinking non stop for 48 hours.  I made a brunch reservation at Frontera Grill well in advance.  Also made more casual plans to visit two of my favorite places in the area: Pizzeria Due which I've been going to almost since I could drive; and Clark Street Ale House who provides the opposite sustenance.

At some point it dawned on me that Jazz Record Mart was somewhere in the loop area and I still hadn't been there.  I checked the map and found it wasn't just 'in the area', it was just a couple blocks from my hotel! So after a grade A meal at Frontera, I hoofed it on down to JRM.

While they do carry some amount of blues and just a handful of other styles, the jazz dominates the space.  Large sections are dedicated to specific eras such as 'WWII JAZZ'.  Glad they did not integrate that into the standard jazz bins as it surely does not interest me.

Once you find the 'A' section for jazz you enter upon a long and winding snake like trip around the store.  It isn't very logical but the snake does always continue, albeit sometimes not quite at the angle you'd expect!

So after feeding myself on gorditas for brunch, I fed my out of control CTI addiction down at the record store.  I picked up 'half' of a Hubert Laws album.  I am still barely scratching the surface on exploring his work but the other musicians on the album are what really drew me in. Steve Gadd in particular I am a fan of but it looks like his involvement with CTI post-dates the early years I so commonly follow (this album is from 1974).  His bandmate on this record however looks like a common collaborator - he has played on a number of Bob James' albums.  I come across Bob's stuff everywhere and I've had a few albums downloaded for years.  I always hesitate to explore that discography as the records are available so readily I'll end up adding 10-15 records to my collection really fast.  At this point I'm trying to be somewhat selective but my mention of it here probably does reveal my guilt for having left them behind.  I guess it's just a matter of time...

But I haven't spent much time with Mr. Laws yet as I also found a 3000 series release - albeit it a early 80s re-release.  Still it really is excellent.  The stereo imaging on simple melody lines played in unison - panned hard left/right - its such a delight to experience.  The first two songs on side B are so good I almost feel guilty.  The first ('Never My Love'), is a good example of the CTIs roster at the time, another excellent rework of a tune popular of the day.  The track that follows it ('Saturday Night is the Loneliness Night of the Week') is a far older standard that seems to have been custom build for the dueling trombones.  The guitar/trombone interplay on both tracks is delightful, the work of Eric Gale on only these two and one other on side A.  A review of his credits doesn't show much I am familiar with outside other appearances within the CTI canon.  I'm sure Mr. Gale and I will meet again as I continue to find more of these releases.  The album is in scary-good condition, one of the cleanest pieces of vinyl in my collection and the inner/outer jackets are nearly flawless.  Even came with the original Audio Master Series plastic inner sleeve.  Excellent! 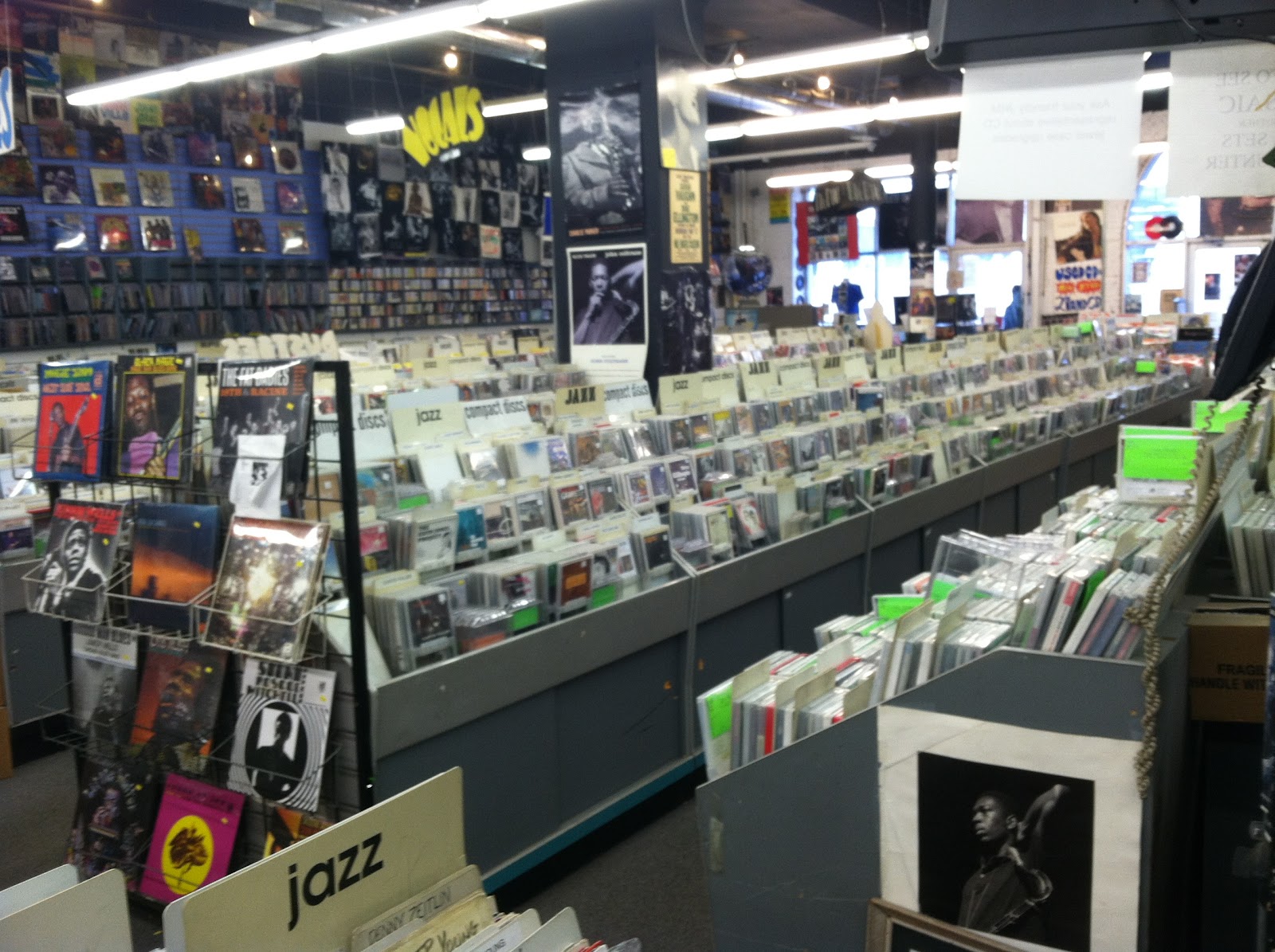