I built this for my friend Jen who was moving into a new home and is also a rabid collector like myself.  Like the record bin I built for myself, it is constructed from scrap wood that would be normally thrown away, I pulled out many, many nails and screws to make it salvageable.  I have a bunch of 4x4s which I never use - I committed myself to finding a use for them here, they can be seen below as the legs of the frame.

I was surely far over ambitious initially in my design.  My idea was that the bin itself would be removable (a design I had already failed on once, for my own) and have a locking lid with handle to carry it away with.  The lid could be stored below as a temporary second shelf.  Lastly, I was going to have a cotter pin hold the bin in place when it was in its stand, so it would be secure but have a 'quick release' of sorts to be able to swiftly detach and take it to your next record party.

This design was rife with issues.  For starters, my rudimentary carpentry does not allow me to make super precise cuts - building the box is tough enough but I can pull it off.  The lid however needs to be damn near perfect - and it was not.  Then I was faced with a design to secure the lid to the bin when it is in transit - this must be super strong as it may be supporting up to probably 30-40 records which is not light.

I toiled and toiled once the contraption was built to implement my wild plans and before long the anxiety crept up and I knew I had been beaten.  But now what? Trash the whole thing? I had to figure out a way to make it usable.  Eventually I was able to make the bin and the 'lid' permanent.  After some sanding and many coats of red paint (Jen's choice - and it does look great) it was done and I must admit, it was hard to part with it.  I have no practical use for it but I did want to take it home.  What a beauty! 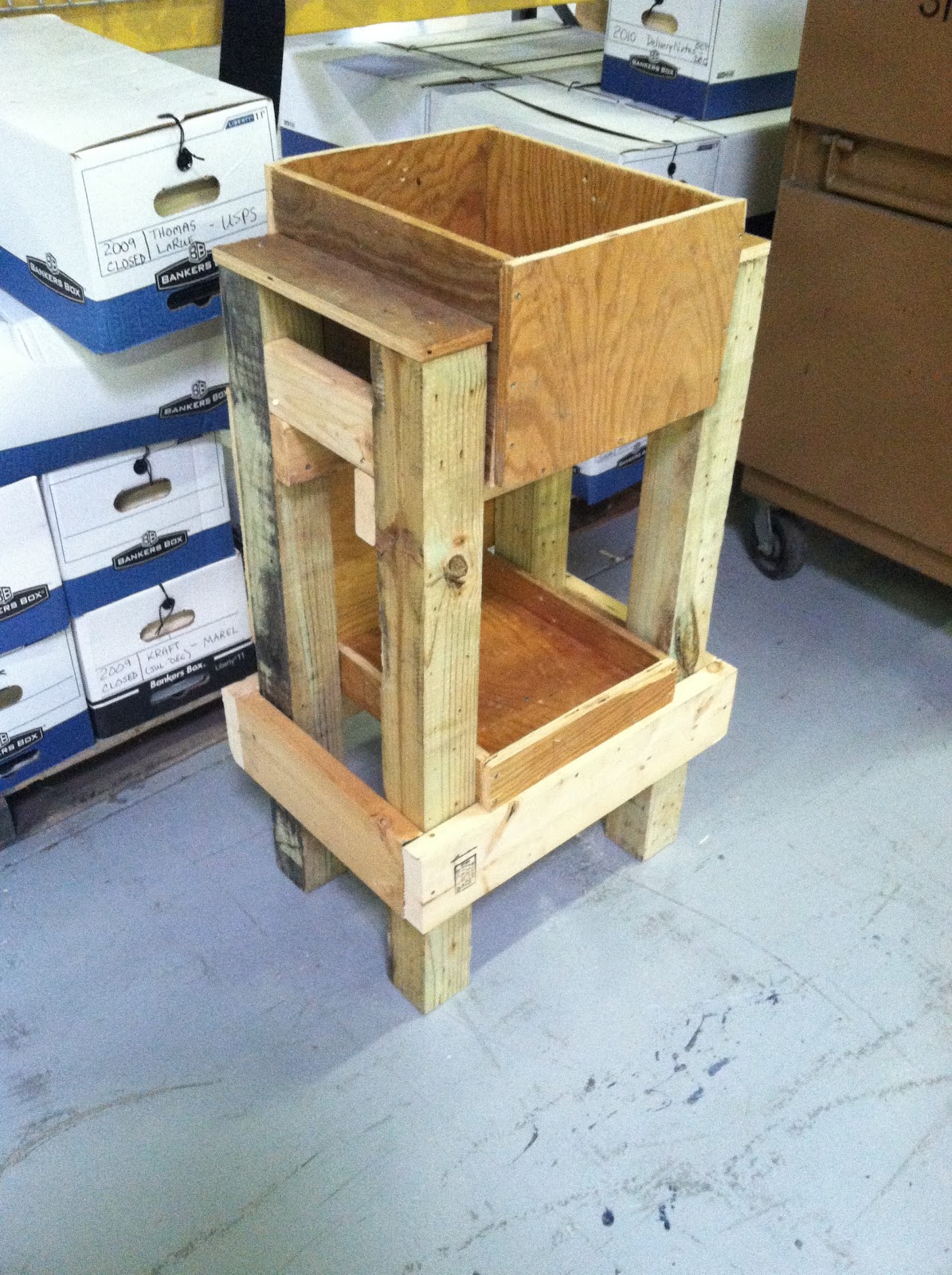 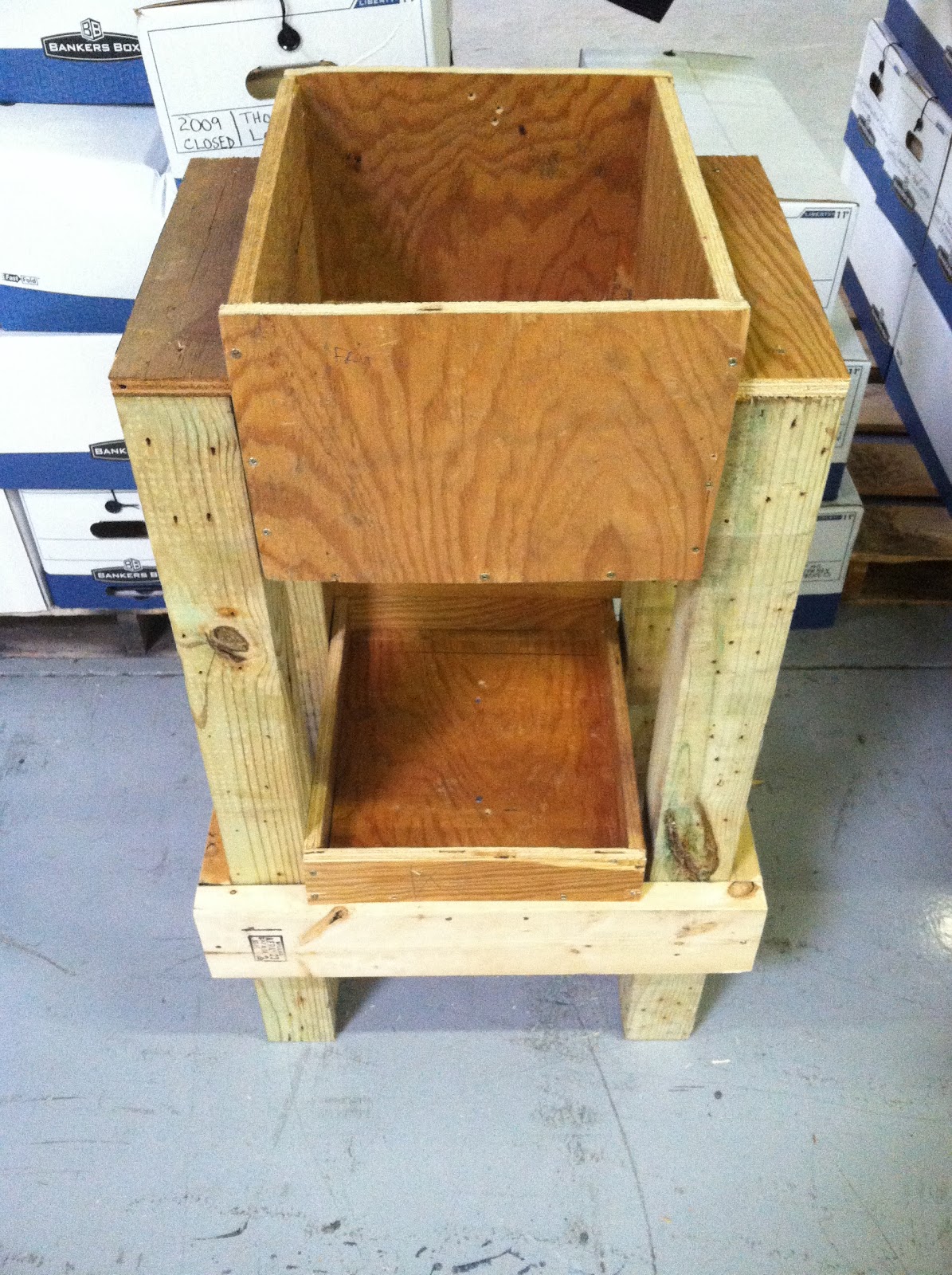 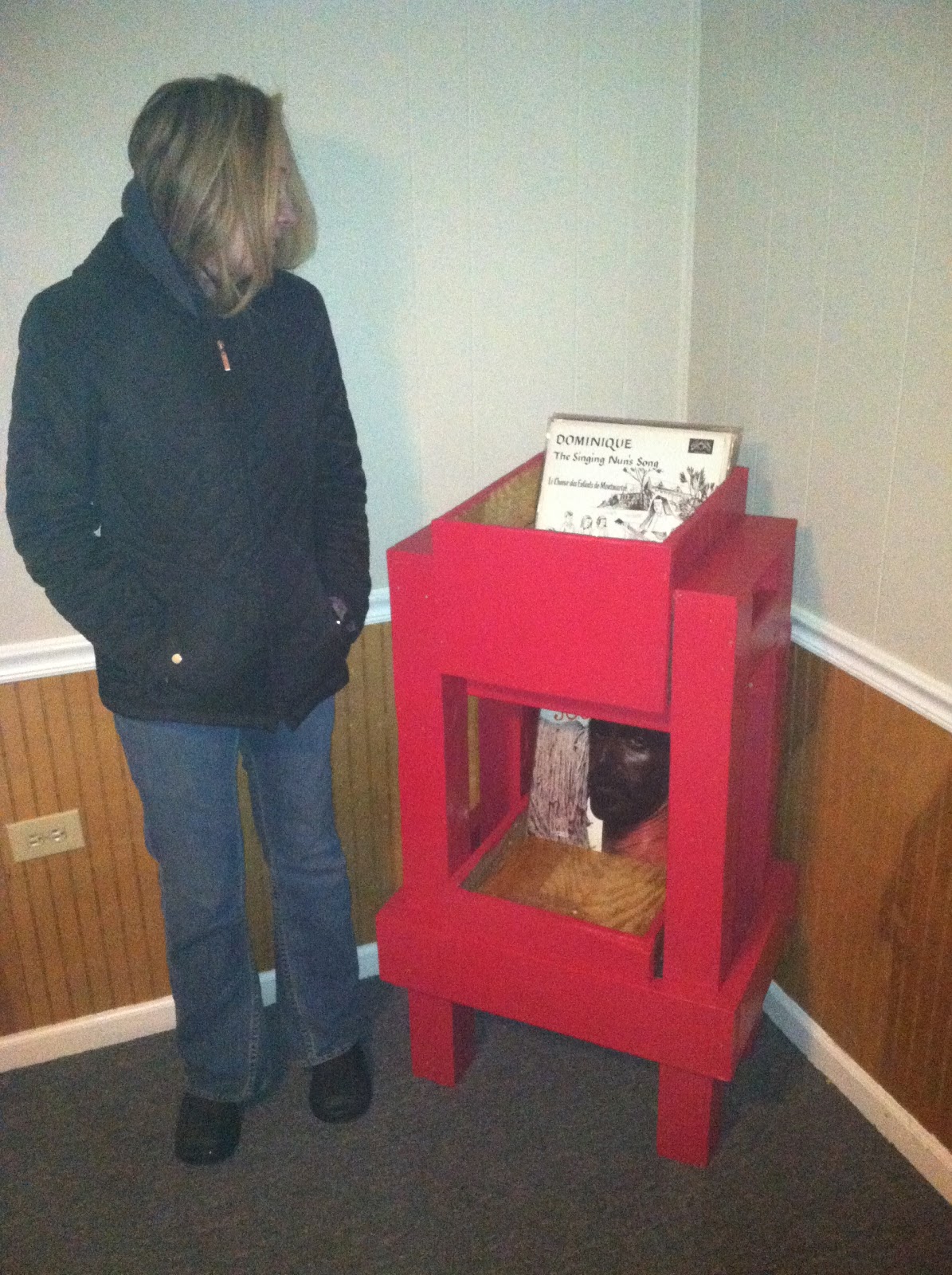