I stopped back into Knick Knack over the weekend and they still had not come up on the load of records they promised were in the pipeline.  They said they would be getting them Monday.  So I swung through today (Tuesday) and alas, they were closed again.  Not willing to waste the trip, I walked east to Harlem Ave to check out an old haunt. 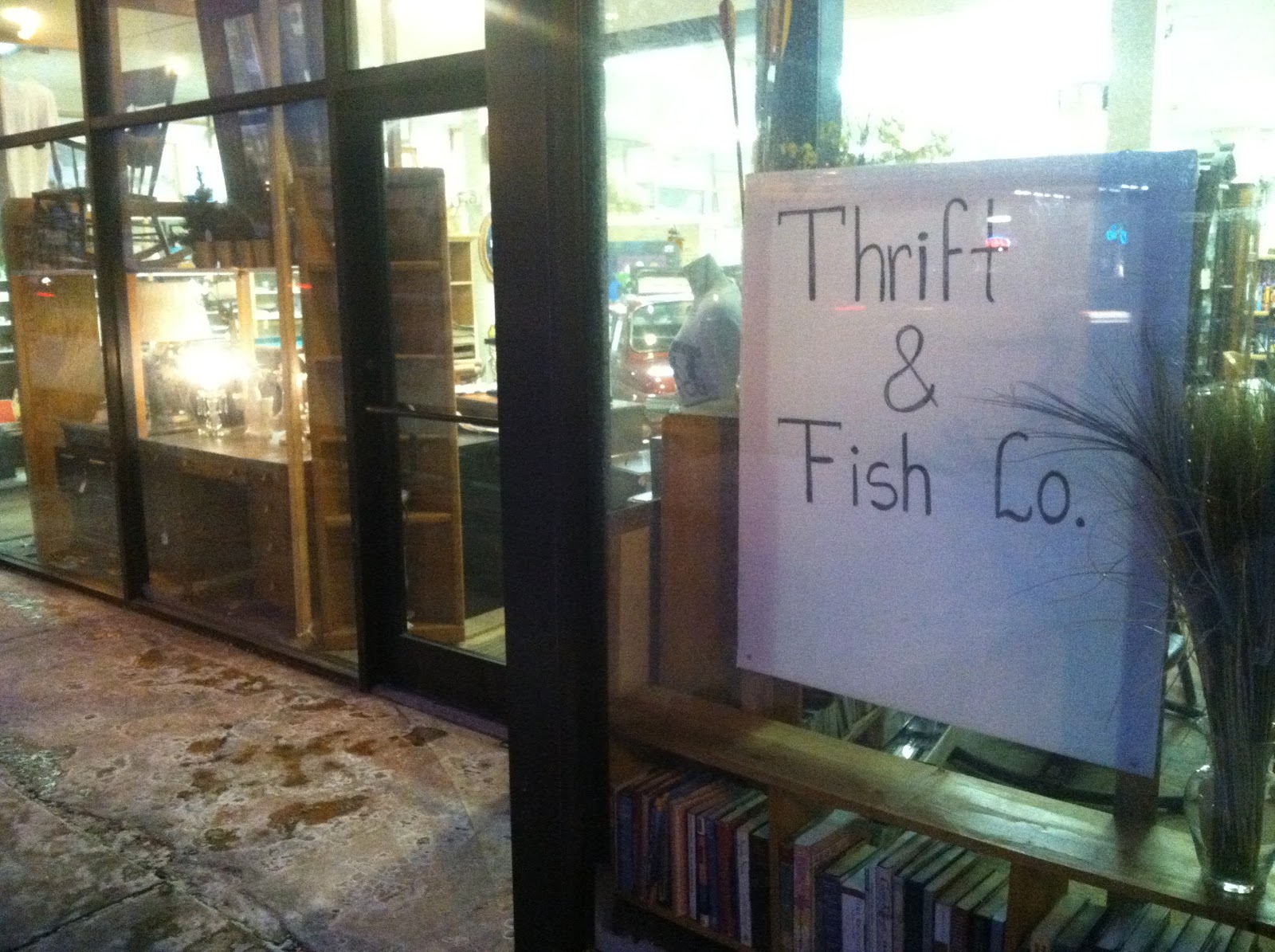 Julie's Gifts has been on Grand Ave. since the dawn of time.  I had not noticed but the giant JULIE'S sign is now gone, I'll guess that it was going to fall down unless it was manually removed.  I had visited once last summer on a whim, they had one box of totally beat vinyl, mostly religious and symphonic - totally worthless.

So I strolled in and walked towards the back where I remembered the vinyl had been last time.  On my way I saw a big stack inside a giant furniture-record player. 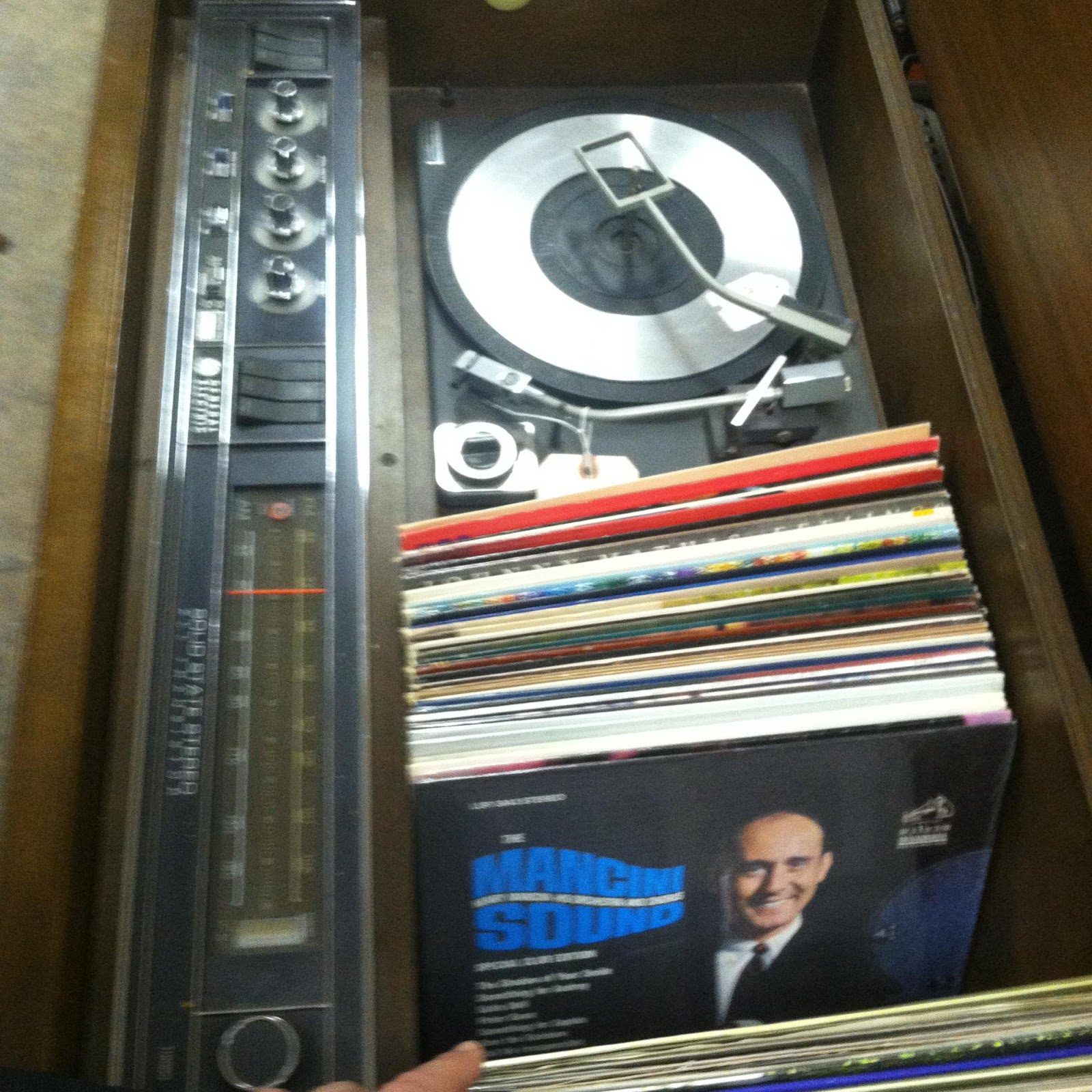 It was filled to the brim with what can only be called 'easy listening' - the epitome.  Henry Mancini (there was even a copy of the one album I have) , Bert Kaempfert and even a copy of 'Rise'!  Tons of Roger Williams and his brother from another mother, Andy Williams.  You could tell it all came from a single collection due to the style similarity and it was all in EXCELLENT condition, the jackets were so vivid and clean, really nice.  I didn't see anything in there that really screamed out to me but I figured this was all the vinyl in the place and I hate to leave empty handed on an expedition like this.  So this caught my eye: 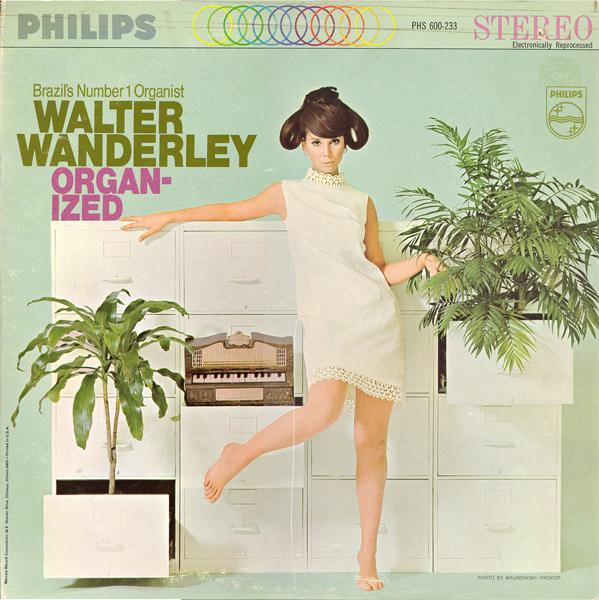 I've never claimed to know much about samba but I've got plenty of bossa nova in the collection.  I figured 'what the hell!'.  Just on a whim, I asked the shopkeeper if they had any other vinyl, I was convinced the answer would be 'no'.  I was wrong.  She pointed towards a box by the front door. 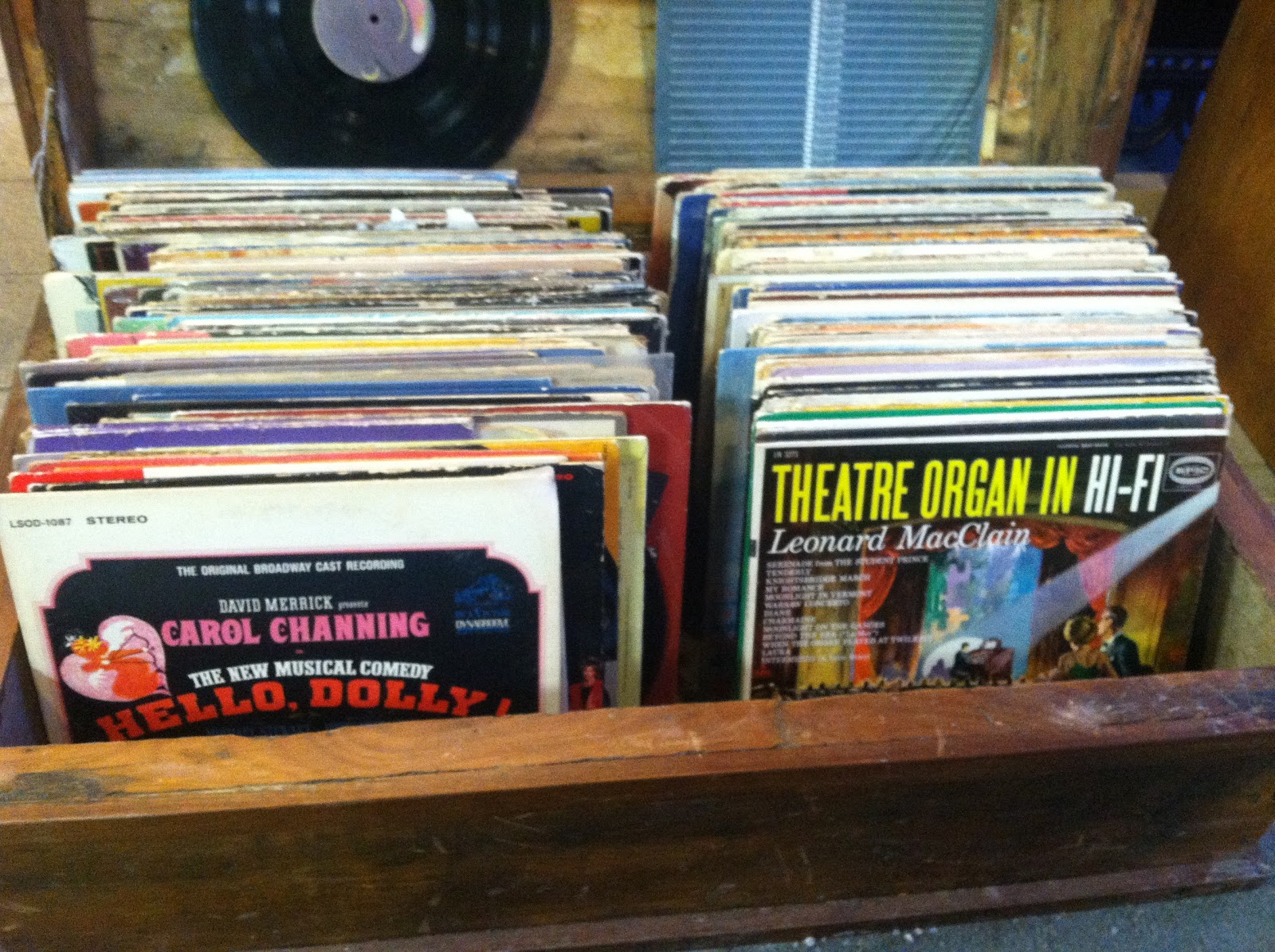 This box had all kinds of fun stuff in it and more than a little jazz.  Unfortunately, many of the candidates for purchase were beaten down, badly.  But ironically, others were in pretty good shape.  I found more than a couple albums I wanted and made a mental note to just put that weird samba album back.  They had a big snooker (not billiards) table set up so I laid out my score (minus the samba album). 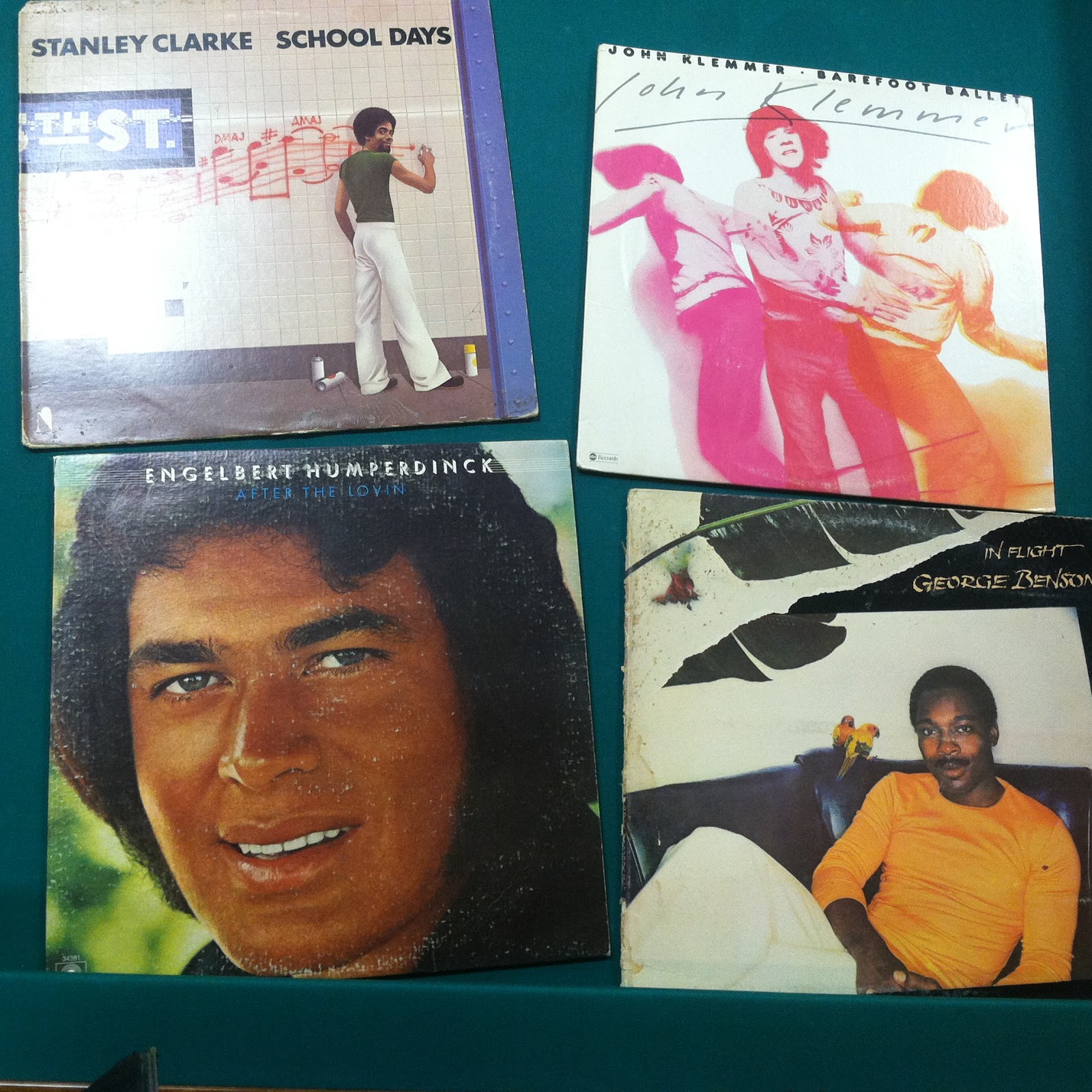 I actually gasped a little bit when I found the Eng album...I have been working on his Parrot/Decca/London stuff and this is his first album once he left and hooked up with Epic, but its too good to pass up.  I had it on 8-track for a while until it got eaten up and the Barry Manilow cover is just irresistible.  I have almost every solo album from the members of RTF downloaded from years ago and this album is a classic.  Probably the most beat of the bunch but still good to go.  John Klemmer is a name I come across all the time and it was the first album I found in this bin that was even a candidate.  To be honest its a little smooth even for me, if you want to be that smooth you have to at least be funky.  I determined that the Benson album was too beat up.  I kicked it to the curb and went to cash out.

I couldn't resist the samba album so I took all 4 for $8.  Not bad! The shopkeeper cued me that there was yet a third stash of vinyl she had forgotten about so I checked that next.  Nothing of interest...the vinyl was stacked up horizontally and I couldn't stand it (and I had to go through it all anyway) so I put them all spine-out, vertically when I was done.

Now back to that 'samba album', as I keep generically referring to it.  It is excellent! Better yet, sales history on discogs shows that its probably worth about $20.  I don't buy records as 'investments' and normally I wouldn't even check but I had half a feeling that this might not even be listed (it was).  The third song 'Vivo Sonhando' is one of my fave bossa nova standards, most famous (or at least, how I discovered it) on the awesome collaboration between three of my favorite musicians - Herb Alpert, Lani Hall and Sergio Mendes.  The organs constantly remind me of the little riff Sergio plays on 'For Me' and it just SWINGS.  Somewhere, long ago, someone bought this just to chill to and likely was not a hardcore jazzcat...and didn't care.  I am listening to it for similar reasons and enjoying it just as much now, and it will live in my collection forever.  What a gem!  I must admit I am tempted to go back and root through that box again -- what did I miss???