After years of storing my vinyl 'bookshelf style' (spines out, vertically) I was running out of room and tired of the frustration of not being able to quickly find what I wanted.  I thought about how at a record store, I can go through 100s of records in a short period.  I knew I need a 'bucket style' bin -- so I made it myself.

This was built using 100% repurposed scrap wood.  I accumulated it from huge custom skids we get shipments on at work.  I had to pull out 100s of screws and nails.  The only thing I paid for was the paint.  My initial design was to have the bin section be totally independent of the frame of the unit.  Technically, I did achieve this - there is not a single screw that actually attaches the bin to the frame.  However, due to something being not quite square or other minute fabrication problems, I had to bash it into the frame with a rubber dead-blow hammer.  The 'caps' on the top edges are to hide the joint (cosmetics) and also prevent the bin from being removed (again, not that you'd easily get it out, considering the force that was required to get it in there).

The small 'plates' on the front and rear facing corners are to prevent the bin from being able to come out front/back.  It weighs over 100 lbs and I figure its capacity is at least 200 records though I am not sure.  Bottom line is that its only about 50% full and it looks great and it was custom built to fill this wall.  It was a blast to make! 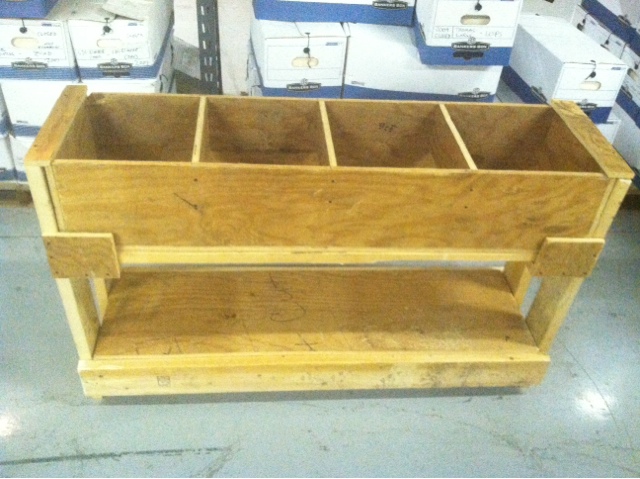 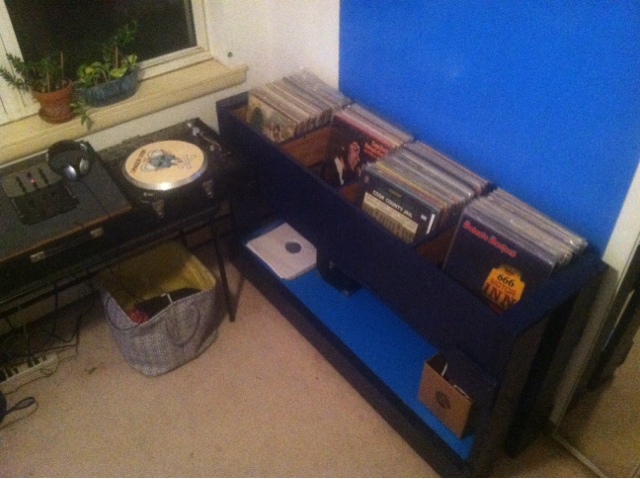 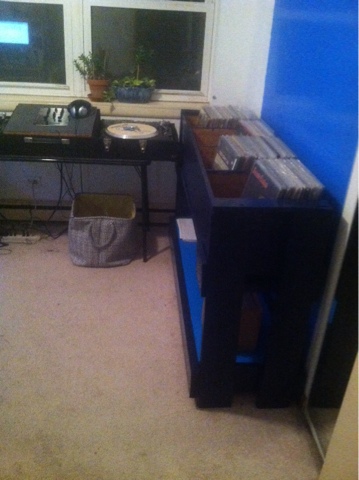