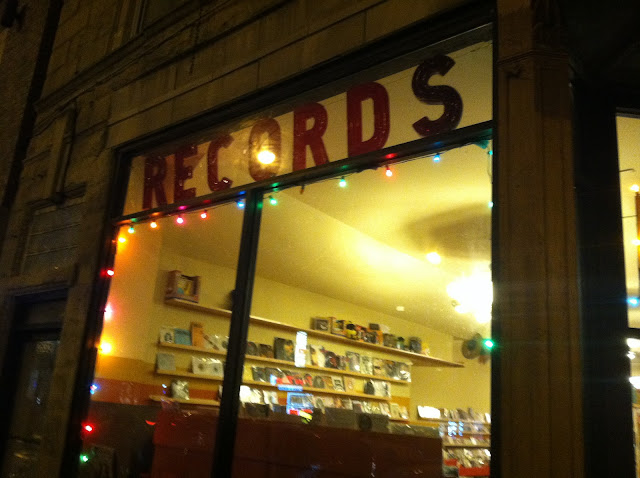 I've had occassion to pass this place twice recently, neither time however I was available to stop in.  Well worth the wait.

The first time I was on my way to a friends house (not ironically, in Logan also) and as I cycled by I slowed down thinking 'what record store is this?'.  The light bulb soon went off when I realized that this was Logan Hardware! I was half tempted to run in and check it out quickly but I had no time to waste and its generally considered rude to be late for a social engagement because you couldn't stop yourself from shopping for records.

The second time was last weekend.  I took the Metra from Wood Dale to Western, took the Western bus to Fullerton, then the Fullerton bus to Cicero on my way to a van rental place just north of Diversey.  Surely had no time then - as soon as I got the van I drove all the way back to Wood Dale, then to Hammond Indiana! It was truly injurious to have to walk past the place, knowing that again I would not have time to stop in.

Finally did today, and after I had made two quick jaunts to some thrift-type stores that do not exactly specialize in records.  Not surprisingly, I walked out of both with nothing, but I left here with three and it could have been more.  I went through the entire jazz section carefully but only looked at the other genres for a moment.  Walked away with (in order as listed on receipt, below): 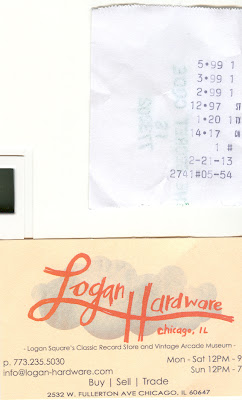 Daryl Hall & John Oates ‎– Abandoned Luncheonette - Been on the lookout for this for a while, 5.99 was a little steep considering how common the record probably is but this copy is EXCELLENT.  Happy to own this, finally.  This was the only non-jazz bin I even glanced at and I've been checking H&O bins for a while to no avail (besides 102 copies of 'H20' per store)

Azymuth 'Telecommunication' - I first learned of this group (and posted about it) a month ago when I encountered them coming through the speakers at Hyde Park Records.  I've been listening to 'Pieces of Ipenema' steadily since and found this record (and one other, the title now eludes me) within seconds of entering the store as it was under the first letter ('A') of the first section (jazz) I dug into.  I decided on this release as I saw it was on Milestone - one time home to another of my favorite jazz artists.....

Flora Purim - 'Butterfly Dreams' - Now I have 4 of Flora's first 6 albums.  However I was disappointed when I later found out that the record is water damaged.  The gatefold is in bad shape but I think the record itself is fine.  Should have looked more closely.  They also had album #5  - should have went for that instead.  In slightly (matrimony) related news, I held an Airto record in my hand for the 100th time it seems, then put it down to grab something else.

Now I was already vaguely aware of how this worked, but after I checked out the guy behind the counter asked if I was interested in checking out the arcade.  They have a large room full of vintage arcade games and pinball machines...it's not open to the public but if you are a paying customer, they welcome you in.  But the way they go about it is the coolest part.

They actually stamp a code on the back of your receipt.  And in the back of the store there is a door with a coded door handle.  You punch in the digits (which change regularly, I presume) and you enter a dark room filled with the dim directional light of a load of old games! They had Bezerk, Robotron, Missile Command and more! Fucking awesome!

I went straight for Missile Command and got the high score :D  Bill Carlton would be proud! 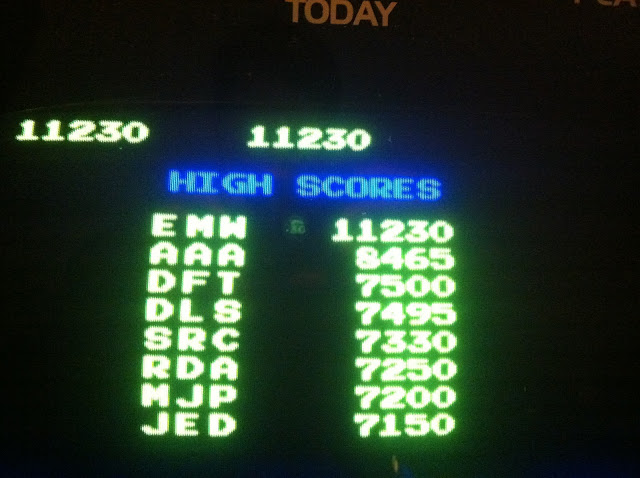 I played a little Robotron and then was on my way - it had been a long day of traveling in the rain and I was ready to go home.  I noticed this on the front stoop.  This is clearly an old building.  I'll be back! 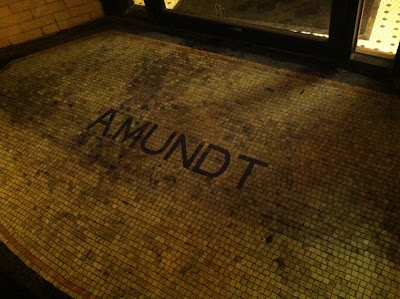 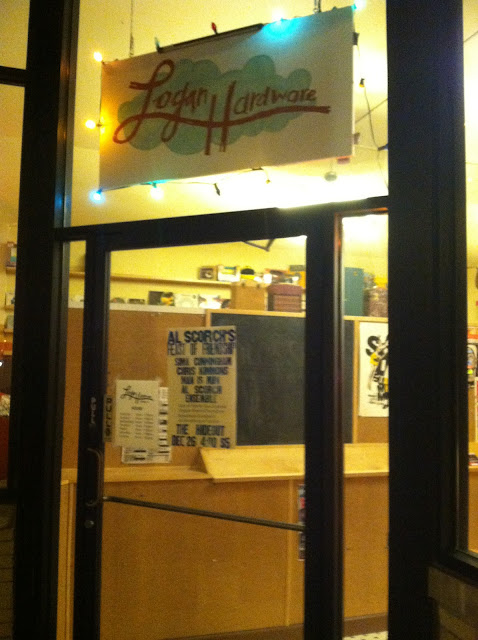