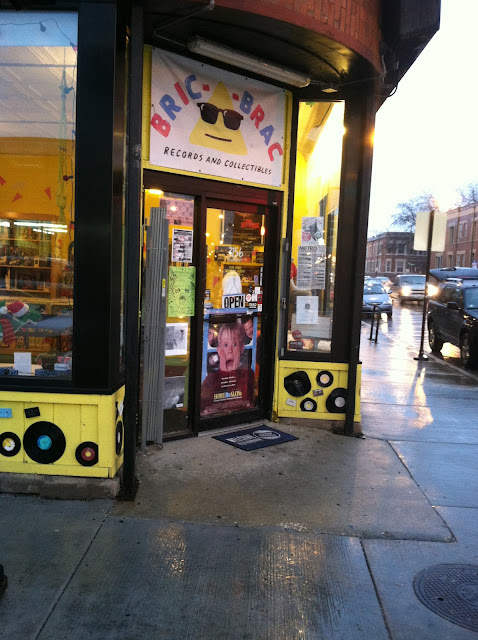 Decided to segue over to this place on my way down to Logan Hardware.  They had loads of brand new vinyl, they were selling records just to sell records as stupid as that may sound....I've never flipped through crates and had so many still wrapped records in front of me, it was odd.  They were playing the Ramones and the worker was singing along in full punk rock attire.  The selection was a lot of punk but very little local stuff and about 25% total of the collection was stuff that seemed to have been placed there just to be ironic.  I did not have high hopes going in and I walked out with nothing even after going through everything.  I did find some decent stuff, ironically saw 'Start Today' for the first of two times in one afternoon and came across a copy of an album I already have (garage sale earlier this year).  Also saw the bizarre (and new) record I posted mobile earlier today, not really tempted to buy at any price and at 14.99 its out of the question, but I am dying to hear it.  That feeling will probably pass about 6 seconds into the first song, as much of a T&E fan I may be.  Salame! 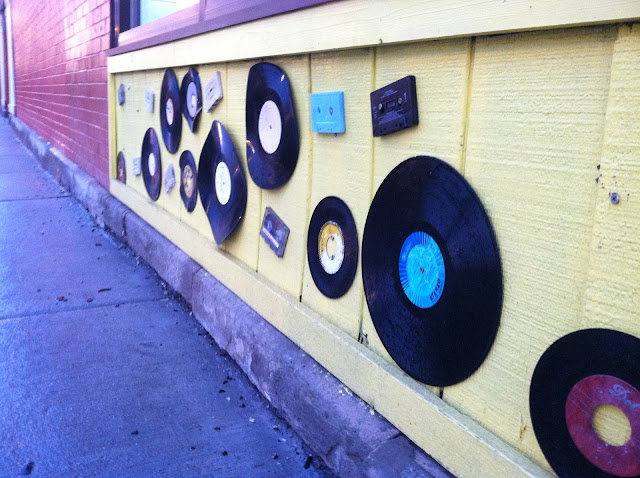 Email ThisBlogThis!Share to TwitterShare to FacebookShare to Pinterest
Labels: chicago